You are at:Home»Industry»Checkmate for Checkmate? 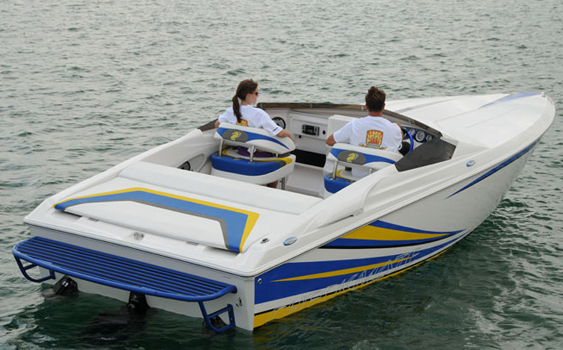 Despite strong early sales and solid reception from consumers and dealers, the 2600 Convincor wasn’t enough to keep Checkmate operating.

Rumors of Checkmate Powerboats’ struggle to keep the doors open have been swirling for months. Six weeks ago, those rumors became reality when the Bucyrus, Ohio, V-bottom sportboat builder laid off its staff. Though I’ve been unable to confirm it through anyone at Checkmate—the company’s phone lines appear to be either out of order or shut down—the builder reportedly is in receivership.

Dark times, it seems, have come to Bucyrus. Again. Last time, it was Baja Marine that turned out the lights.

So what happened? After all, the company appeared to be on a hot streak with a reported ten sales of its new 260 Convincor in the six months after its introduction in late 2012. Baja, the company’s only real competition, was—and still is—cautiously restarting production. There appeared to be a void in the new single-engine sportboat market, and Checkmate looked perfectly positioned to fill it.

The problem is the market for new single-engine sportboats—especially at retail prices from $80,000 to $100,000 needed for builders and dealers to make a reasonable profit—is limited at best. The buyers, many of which financed their boats, have all but disappeared, as has much of the financing for all but the most qualified customers. As Scott Sjogren of Pier 57 Marine, a Cigarette, Marine Technology, Inc., and Checkmate dealer in Waukegan, Ill., says, the market itself is mostly gone.

“The single-engine sportboat buyer was the first to go in the recession,” says Sjogren. “That buyer will be the last to come back. Just look at what’s selling in new models these days, boats with [Mercury Racing] 1350 and 1100 engines.

“That single-engine sportboat buyer was buying on loans and bonuses and overtime pay,” he continues. “Those things barely exist anymore.”

According to every boat builder I’ve ever spoken with, the only way to profit on manufacturing single-engine sportboats is through sales volume—the thin margins required to keep retail prices from being crazier than they already are demand it. To that end, Checkmate rapidly expanded its dealer network during the past two years. Yet that, too, might have backfired on the company. 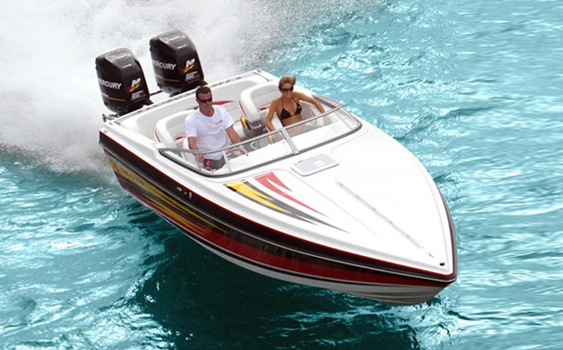 Checkmate was among the few builders of V-bottom sportboats to offer outboard and stern-drive power options.

“In the beginning, they did a very good job with their dealer network,” said Sjogren. “By the end they were signing up anybody who wanted to be a dealer. If you had no overhead and ordered a boat, you were a dealer. Signing up dealers that had no overhead made it tough on the dealers who did, and that caused dealers not to reorder product.

“They were more focused on selling to their dealers than sell-through,” he continues. “A manufacturer has to be a partner with its dealer. They have to be concerned with helping the dealer sell product to the end user, not just selling to the dealer. In the entire time we carried the Checkmate line, we had two referrals from the company.”

Lest you think that Sjogren is a kicking a company when it’s down, think again. Despite losing money on the Checkmate line last year, he kept it in his new-boat stable. Sjogren considers Doug Smith, the owner of Checkmate, a good friend. (As do I.) But in an arena as tough as the single-engine sportboat market, even small mistakes have big consequences. And big mistakes can close your doors.

There is buzz about a possible resurrection for Checkmate, but this, too, I have not been able to confirm. Of course, I hope for it, as do a lot of people. Checkmate built affordable sportboats that brought people into the market for 50 years. More than a few big-buck custom go-fast owners started with small Checkmates. And when companies such as Donzi and Fountain were getting away from single-engine sportboats (Donzi’s Classic Series was a notable exception) in the early 2000s, Checkmate stuck to its smaller-boat guns and gained market share.

Comeback or not, Checkmate faces at least one very harsh reality: It is not much more expensive to build a 35-foot boat than it is to build a 30-foot boat—you’re talking fiberglass and resin and the cost to rig a second engine—and builders can charge a lot more for the 35-footer. A new single-engine sportboat at a reasonable price, at least in the eyes of the few people in the market for them, could be a thing of the past.