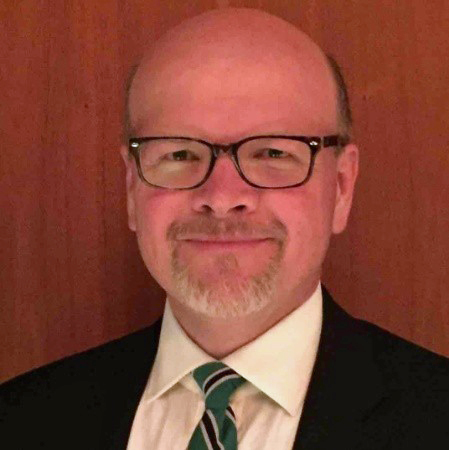 Though he’s hasn’t spent much time at Mercury Racing since he was named general manager a week ago today, Stuart is more than ready to dig in.

A longtime Mercury Marine engineer and project leader, Stuart Halley picks up the general manager reins at Mercury Racing at one of the most exciting times in the Fond du Lac, Wis., high-performance marine engine and accessories company’s history. Today’s news of Mercury Marine and Mercury Racing going with a new 4.6-liter V-8 platform across much of its outboard engine family is as sweeping as such changes ever get.

Right now, the 55-year-old Halley is a man in transition—he’s still doing his old job as Mercury Marine’s PD&E Director (Program Management & Product Planning), a position he’s held since 2011, while settling into his new one. (He’s been with the company in various roles for 25 years.) So far since he took over, he’s picked the formidable brains of former Mercury Racing president Fred Kiekhaefer and former general manager Erik Christiansen. But he hasn’t had time for much else.

“I have had two half-days at the Mercury Racing facility so far,” said Halley during an interview three days ago. “I’m actually sitting cross town at the Mercury Marine West Campus.”

As it happened, Halley worked with Christiansen on the Verado outboard project, which had its unveiling in 2004. A motorsports enthusiast at heart—Formula 1 and Le Mans-type endurance being among his favorite racing genres—he aspired to work at Mercury Racing since he joined Mercury Marine. Halley was on the short list to replace Christiansen when his job unexpectedly became available, and he was delighted to be chosen.

“Erik and I go way back,” said Halley. “He was Fred’s successor when Fred retired, and he was going to retire at Mercury Racing, too, I thought. When he left, I was asked if I was interested and I said, ‘Definitely.’ I feel good about getting the job, but you have to keep your ego in check or karma will get you. I have a talented bunch of individuals on all sides of this operation, and I’m delighted to work in that kind of environment.”

Like his predecessors, Halley is an engineer with serious credentials. Unlike them, he does not hold an MBA from the prestigious Kellogg business school at Northwestern University.

“That I have not done,” he said, then chuckled. “But one of the keys to success is to surround yourself with great people. I’ve found that having the best people in place makes your job easier, and I have very strong finance people at my side.”

New as he is to his role at Mercury Racing—he’s also still working in his prior capacity at Mercury Marine until the company fills his former position—Halley graciously agreed to answer a few questions spurred by today’s news out of both companies. What follows are those questions and his responses.

Said Halley about the new V-8 outboard engine platform, “It certainly is a very strong product with derivative capabilities.”

Mercury Racing just introduced two V-8 engines—the 250R and 300R—to its outboard engine line. Is the V-8 platform the future, especially as it applies to bigger power, for the Mercury Racing outboard family?

That’s a difficult question to answer because it depends on you how you define “family.” It certainly is a very strong product with derivative capabilities. It has a very robust design.

The new V-8 outboard engines share the same quad cam four-valve technology as their bigger-displacement stern-drive engine counterpart. How much of their design was based on that existing technology versus new design and engineering?

In terms of development, I would say the new outboard V-8 engines have almost nothing to do with the existing stern-drive V-8 engines. It was a bespoke solution that met customer requirement and would replace outgoing outboard product lines. The Mercury Racing 250R and 300R have Sport Master lower units, stiffer mounts and unique calibration. And the 300R has a different cam design, a different intake manifold, an oil cooler and a heavy-duty transom mount option.

These engines are as light as you can imagine. And they fit on 26-inch centers. To make that happen with a V-8 outboard platform took a lot of product refinement and advanced studies. It was a lot easier with an in-line six-cylinder outboard engine platform.

The 250R and 300R are naturally aspirated. How difficult would it be for Mercury Racing to add turbochargers or superchargers to that platform at some point in the future?

Turbos would be very difficult because of their cooling needs. Supercharging would be easier. I would never say anything is impossible, but it would have to be an extensive development program. The Verado outboard engine was designed to be a supercharged engine. You have to take a holistic approach to engine design.

Given the potential for the new V-8 platform, is there any timetable for the release of a more powerful engine than the Verado 400R in the Mercury Racing line?

(Laughs) Well, even though I have just two half-days on the job I can say that we typically don’t discuss our future product plans. We always have plans—people always want more power. We keep our eyes on that.

What are you immediate goals as the head of Mercury Racing?

How about your long-term goals?

That’s a tough one to answer right now. But I can tell you what’s important to me: product. I think product is king. You have to have the best product. You have to get your customers what they need. There are some techniques we have been using to filter out what really benefits the customer and they’ve been very effective.

My focus has been and will be getting the best product to market, not just with the best power levels but with the best craftsmanship, the kind that maybe 10 percent of the people—the kind of people Mercury Racing has as customers—pay attention to. I think if you look at our products you find there is just a whole more refinement in their design and craftsmanship. We have to make sure that everybody wins. The customer needs to have great product and the company has to make money.