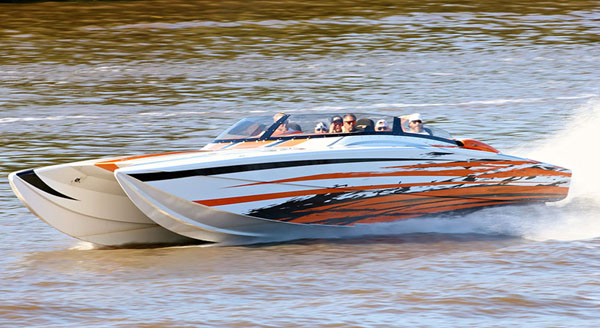 Shown running his 36-foot Skater Dirty Money at the 2016 Tickfaw 200 Poker Run, Beau Renfroe plans to show off his revamped Skater at the event in May. Photo by Pete Boden

It’s hard to believe the Tickfaw 200 Poker Run hosted by Blood River Landing in Springfield, La., is only 15 days away. The closer we get to the one-of-a-kind event, the more and more I want to be there. Unfortunately I’ve already committed to attending the Desert Storm Poker Run in Lake Havasu City, Ariz.

I wasn’t happy about the decision by the Desert Storm organizers that left both events on the same weekend, but I couldn’t pass up the trip to Lake Havasu. Mainly because Desert Storm more than rivals Tickfaw in terms of stories to cover and it is pretty much a “hometown” event for us West Coast folks. It helps that I know the coverage for Tickfaw is in good hands thanks to Shoot 2 Thrill Pix’s Pete Boden, who is also the chief photographer for speedonthewater.com.

Either way, I’m still disappointed I won’t be able to see the unveiling of the “new” Windship, Georgia performance boater John Woodruff’s 48-foot MTI. Woodruff sent me a sneak peek photo and told me the new interior was done, but not installed yet since some exterior work was still being completed. Not only is Woodruff one of my favorite people to talk to in the performance boat community, he’s also one of the most genuine and generous person I’ve ever met. In fact, Team Windship is one of the event’s sponsors this year. 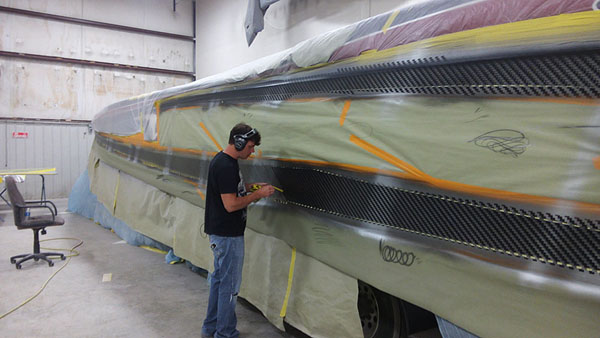 John Woodruff shared this sneak peek image of his 48-foot MTI Windship, which is being redone and unveiled at the Tickfaw 200 Poker Run. Photo courtesy John Woodruff

Proving that MTI owners and Skater Powerboats owners can be friends, Woodruff’s buddy, Beau Renfroe, also plans to show off his updated Skater 368 Dirty Money at the two-day, 200-mile poker run, which is likely to host more than 300 boats again this year. I wouldn’t mind getting to see that in person.

And of course, because I have some insight on Missouri performance boater Travis Reed’s plans for the summer, I’m kicking myself for not getting the chance to see his unique 41-foot V-bottom that is powered by 588-cubic-inch supercharged engines from Brad Smith Power in Joplin, Mo. Reed said the boat’s engines have been modified with MS3Pro engine management systems that connect to new RacePak displays in the updated dash. 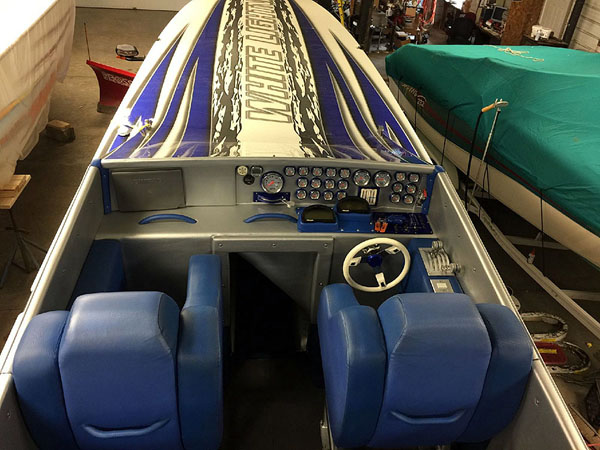 Reed, who also owns a 36-foot Skater and said that everything he does boating wise is in the late Brad Smith’s honor, is excited about the event, especially because he, Brian Smith, and Smith Power’s Aaron Grissom are coming with several friends. He said Grissom is going to run a 30-foot Eliminator with Smith Power and his friend, Dustin LaRue, is going to bring his Cigarette 38 Top Gun with 750-hp Smith Power engines.

“Last year I brought the Skater and everyone wanted to see White Lightning—they kept begging me to bring ‘the unicorn,’ that’s what they call it, so I’m bringing it this year,” said Reed, who has some exciting things in store for the Texas Outlaw Challenge in June. (He shared a not-for-public-photo with me and all I can say is that he’s not kidding.) “For me this is all about keeping Brad’s dream alive. We want to prove that Smith Power is alive and well.”

I’d also love to be there to see how some of the new Mystic Powerboats owners enjoyed their newly delivered 42-foot luxury performance center consoles. According to Scott Sjogren of Mystic Powerboat Sales, there are going to be several customers there with their new M4200s.