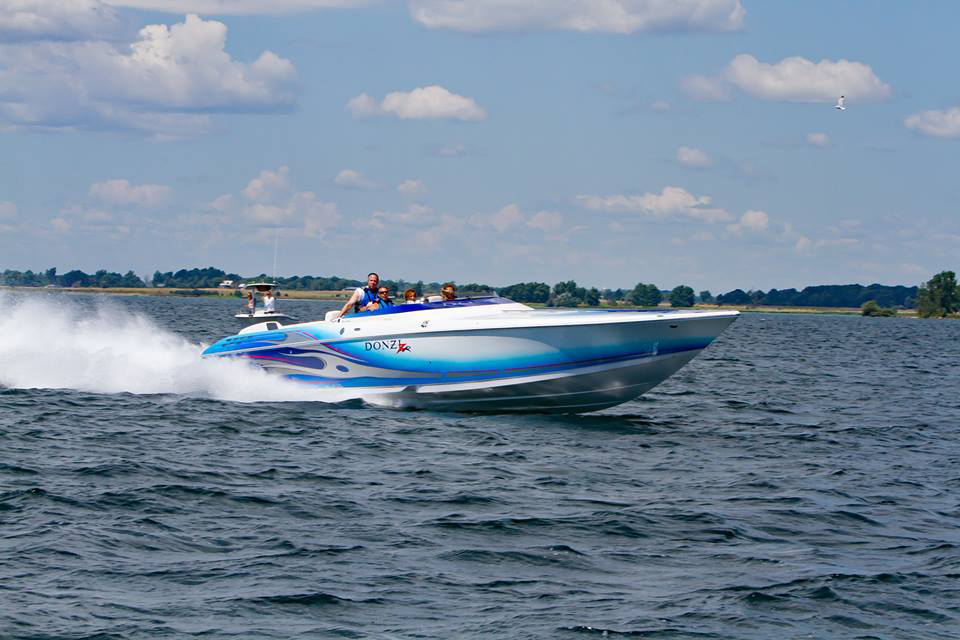 The scenery and hardware for Poker Runs America events is as good as they get. (Photos by Rodney Olson/Full Speed Photography.)

Back in the late 1990s, I covered my first poker run for Powerboat magazine. And for a first poker run assignment, I couldn’t have drawn a better gig. That much became immediately obvious to me when photographer Tom Newby and I climbed aboard a Jet Ranger helicopter—our ride for the event—to chronicle Poker Runs America’s 1,000 Islands Poker Run. To this day, I’ve never seen a more beautiful waterway from a better perch.

Wide-eyed as I was with all the go-fast powerboat hardware at the event as a newcomer to the magazine, it was almost incidental to me. The 1,000 Islands area took my breath away and became the waterway by which I would measure all boating environments. When it comes to natural scenery, it still is.

I’ve been a little bummed in recent years to see the event’s decline. Everything changes, I know—Newby is gone, as is Powerboat magazine, but that doesn’t mean you don’t mourn the loss of people, places and things you take to heart. In my memory, the 1,000 Islands Poker Run has become a mix of all three. It’s special.

So when I heard that the event attracted 91 boats this year, up from 56 last year, I was delighted. That news came from Peter Roberts of Double-R Performance a new-model Nor-Tech and multi-brand pre-owned powerboat dealership and service center in Ontario, Canada, area. 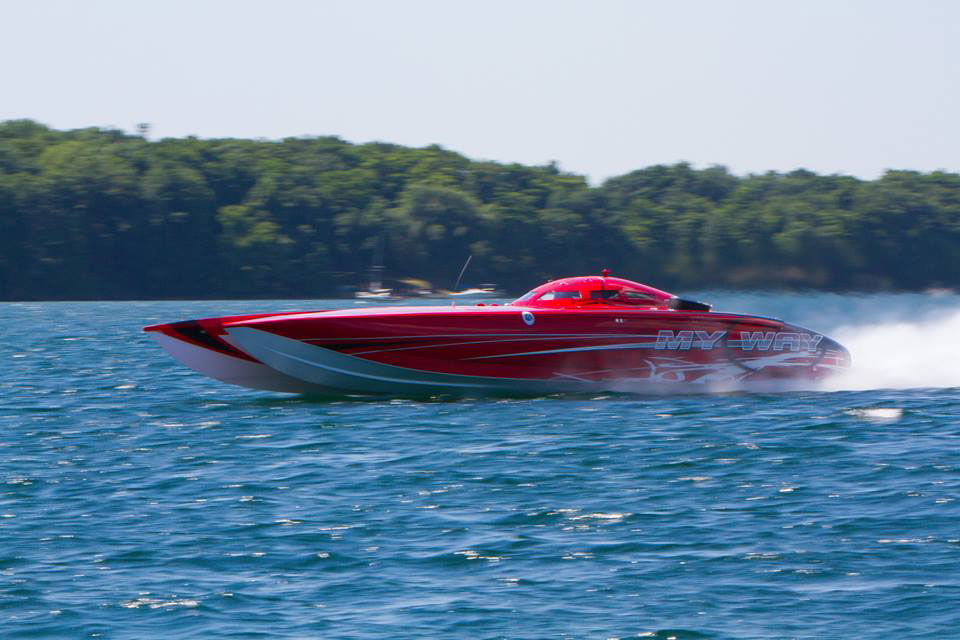 Taylor has made a concerted effort in the past years to attract a wider audience.

“It’s a really good sign of where we are to see this run doing so well again,” said Roberts. “I know that new sportboat sales can stand some improvement, but everyone I know in the marine industry is busy right now.”

What changed to revive this spectacular event? First and foremost, the date. For the past few years, the 1,000 Islands Poker Run has conflicted with the less-expensive and growing Buffalo Poker run. After years of working on changing the date, Poker Runs America’s Bill Taylor finally pulled it off. (For the record, both events enjoyed solid turnouts this year.)

“We tried hard, but all three cities involved—Kingston, Brockville and Gananoque—really call the shots,” said Taylor. “Even my own dates conflict. “But we are we able to get it done finally.”

Taylor also saw impressive growth at his Alexandria Bay Poker Run this summer, which went from 21 boats last year to 56 boats this year. To build registrations, he’s done everything from targeting owners of smaller powerboats with lower-cost registration to giving $2,500 to participants who received a joker at a card stop.

“We’re trying to bring new blood to the sport,” said Taylor, who estimated that he has organized more than 400 boating events since starting Poker Runs America and its same-named magazine in the mid-1990s. “Everybody wants to do that and we know we need to do that.”

In a new nod to broadening the marketplace, Taylor is getting a Sunsation 34 CCX performance center console powered by twin Mercury Racing 400R outboard engines as a paceboat for next year’s events. The 34-footer will be one of the paceboats at 1,000 Islands Poker Run in 2017.

Maybe I should go back to check it out. In fact, I’m planning on it. It’s been too long.