You are at:Home»Racing»Notes From The Silly Season 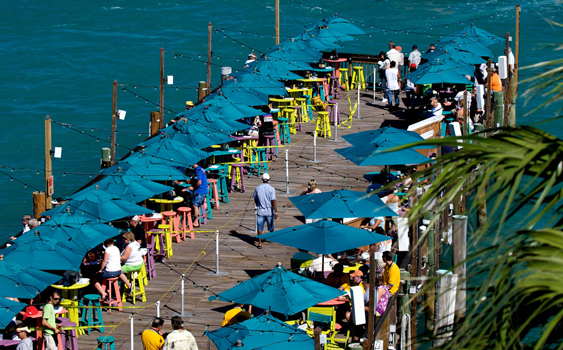 World champion offshore racing throttleman Jerry Gilbreath, who made much of his fame racing with Matt Alcone in the Alcone Motorsports Skater catamaran in the mid-to-late 1990s, used to call this time of year “the silly season.” It was the time of year, just before the actual racing began, he explained, when teams often talked big about what they were going to do.

His point—or at least the point I took away and agreed with after writing more than a few offshore racing season previews for Powerboat magazine—was simple. The best laid plans of mice, men and offshore racers are only that, plans. It’s not what you say you’re going to do that counts. It’s what you do.

Right now, for example, the Spirit of Qatar team plan is for Steve Curtis and Sheikh Hassan bin Jabor Al-Thani to run their nearly completed turbine-powered Mystic catamaran in Super Boat International’s Turbine class, while a driver and throttleman to be named later will pilot the team’s Marine Technology, Inc., cat in the Superboat class. But what if Sheik Hassan and Curtis get bored doing lap after lap as the only entry in their class? Because, historically speaking, that’s what’s most likely to happen. (Just ask the Miss GEICO boys.) Will Sheik Hassan and Curtis, both fiercely competitive by all accounts, take over their team’s Superboat cockpit? 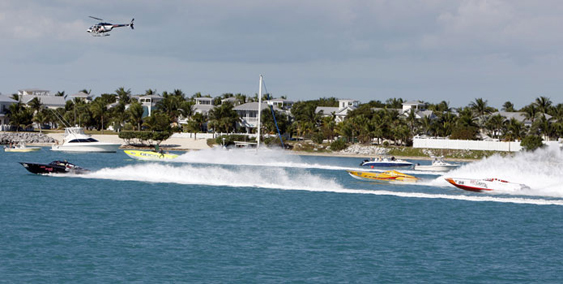 Though many classes comprise the SBI offshore racing fleet, the Superboat class could be the one to watch this year.

Last season, Australians Ross Wilaton and Peter McGrath took the Superboat class title at the SBI Offshore World Championships in Key West, Fla. In three races, they took first place just once but earned enough points with their other finishes to claim their overall title. For their trouble, they got booted from the class because reportedly the tunnel in their 41-foot catamaran was out of spec. (It’s not outrageous to wonder how or why they were admitted to the class in the first place, but that’s another topic.) Word from inside the class is that they could, and likely will, be back this season—they’re certainly listed on the SBI website as a Superboat-class team.

And then there is the case of Micheal Stancombe of Peppers Racing, a former Super Cat competitor who lost his racing home with SBI when his class was dissolved and absorbed into the Superboat class before the Key West Worlds last year. Stancombe says he will race his Mercury Racing 525EFI-engine-powered boat against the other cats in the class, all of which have engines in and around the neighborhood of 750 hp.

But that’s not the problem—OK, it’s a problem, but it’s not the problem. Stancombe’s biggest hurdle is technical. His engines are fuel injected. The spec for the class calls for all engines to be carbureted. It comes down to a trade-off: Does SBI allow a boat with fuel injection—a technical violation— but a whole lot less power—a significant disadvantage—into the class?

All of the intrigue and drama and controversy of this year in offshore racing, especially in the silly season, centers around the Superboat class. And I would argue that, at least since I started covering the sport, it always has surrounded the class in its various form.

Don’t believe it? Take a quick stroll down memory lane.

The Open class of the 1990s, which saw a spending war the likes of which had not been repeated until the Kardashian sisters were unleashed on Rodeo Drive, became Super Cat class under APBA Offshore and Superboat class in SBI. In the early 2000s, Super Cat and Super Cat Light racers rebelled against APBA Offshore and formed the ill-fated—some would say doomed from the start—Offshore Super Series. Only a fool, or someone refusing to acknowledge history, would say that controversy doesn’t follow this class. And to some degree, that’s part of what makes it so fascinating.

I don’t see that changing this year in offshore racing. But what do I know? We’re still in the silly season.