You are at:Home»Racing»Rahm’s Rookie Review 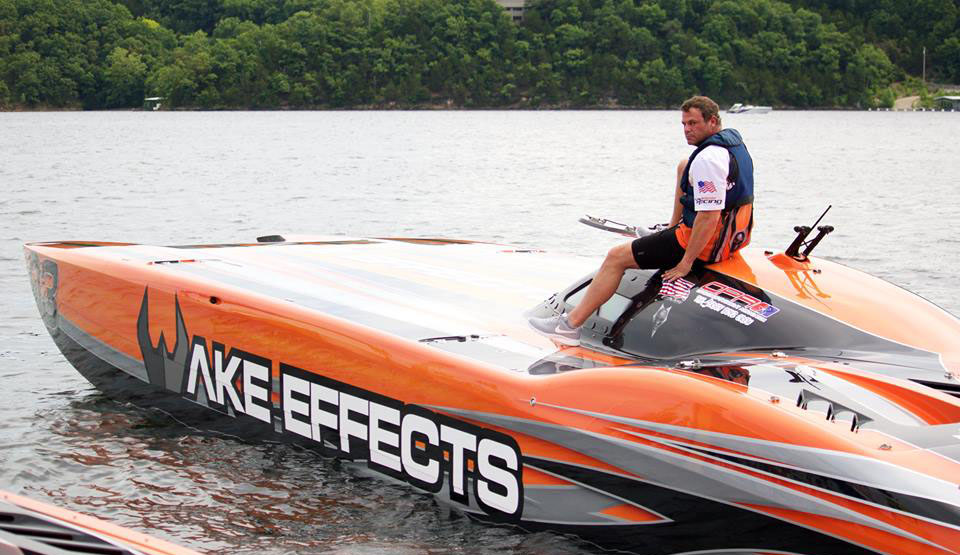 Rusty Rahm heads out in the Wake Effects MTI for a little testing prior to the Lake Race. (Photo courtesy Rusty Rahm.)

Like anyone who jumps into the cockpit of an offshore raceboat for the first time—let alone a 48-foot catamaran with twin 1,650-hp engines—the experience was quite eye-opening for Rusty Rahm, who owns Wake Effects in Osage Beach, Mo.

The rookie driver of the Wake Effects/CMS 03 MTI, Rahm has teamed up with throttleman Jeff Harris this season to compete in the Lake Race on Missouri’s Lake of the Ozarks in early June and the Super Boat International Marathon Grand Prix in the Florida Keys later in the month. Although he missed the SBI season-opener in Cocoa Beach, Fla., to attend his daughter’s graduation, Rahm was grateful that the owner and driver of the 52-foot MTI CMS 3, Bob Bull, joined Harris to secure the Superboat Unlimited class win. Now, following Rahm’s first career victory in Marathon, he and Harris sit atop the standings after the first two SBI events. 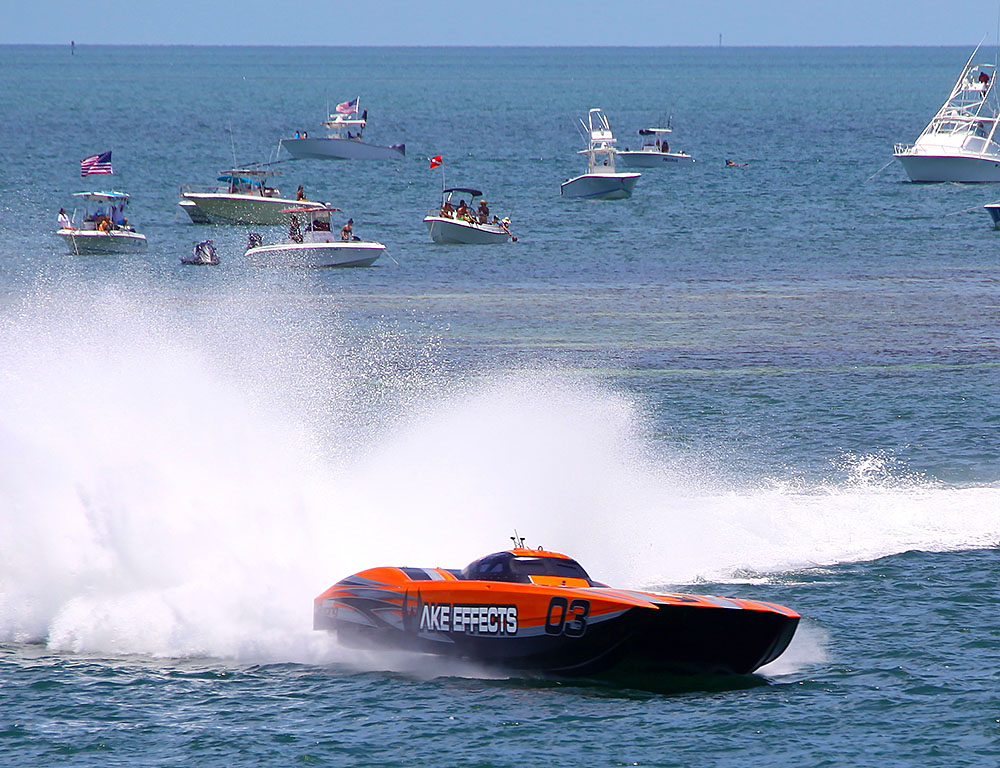 “I have a completely new appreciation for boat racers,” said Rahm, who has owned several pleasure boats from Outerlimits V-bottoms to his latest one, a canopied 52-foot MTI with twin Mercury Racing 1350 engines. “It has always been a dream of mine to race, but I have to admit I thought it would be easier. In fact, last year in Key West I asked Bob [Bull] and Randy [Scism, MTI owner and CMS 3 throttleman] to let me hop in and drive the boat for one of the races. They just laughed. I had no clue how much technique was involved until I actually did it.

“I’m getting better that’s for sure, but I have much more to learn still,” Rahm added. “Fortunately I have Jeff by my side—he’s been a huge help. Of course being on a team with Bob and Randy makes everything much easier. Gene Greber and the rest of the CMS crew are amazing; they are second to none. There are three guys from the Wake Effects crew with me living out their dream as well—Jamie Depew, Josh O’Connor and Frank Peterson—and I couldn’t do this without their support.”

Rahm also thanked his family for the support. His kids and his wife, Natalie, have attended both races, and while they have been a little nervous, they’ve been losing their voices cheering for him at the same time. 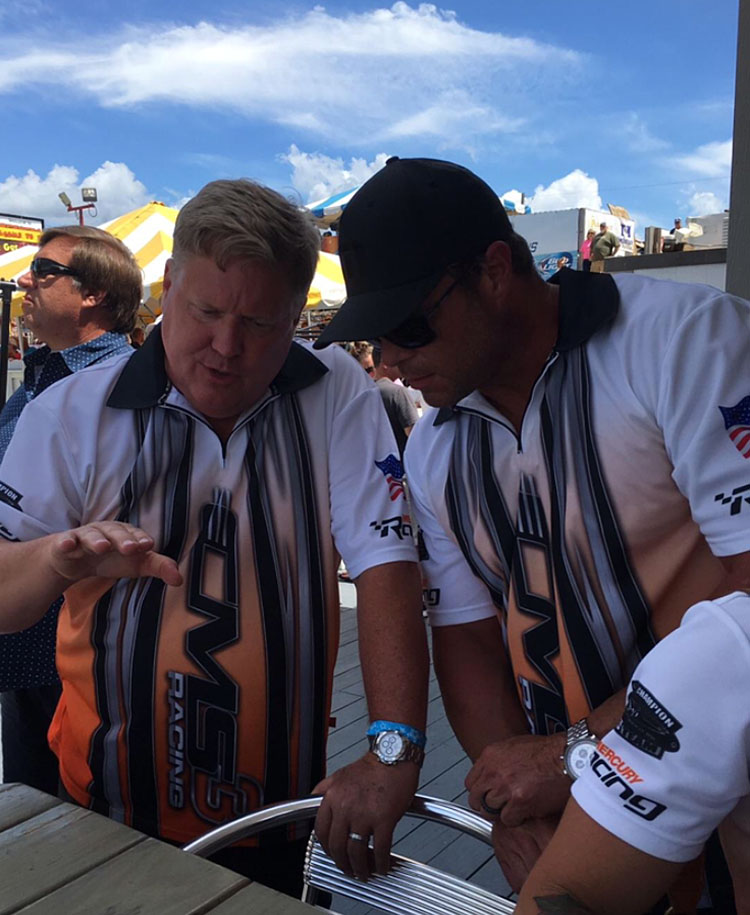 “Our goal is to get better at each race and to maintain our points lead,” Rahm said, adding that he’s looking forward to the team’s next race in Michigan City, Ind., but is obviously disappointed that he’s going to miss his favorite hometown event—the Lake of the Ozarks Shootout—for the SBI race in Mentor, Ohio. “I feel like we’ve improved with each lap of every race.”

Scism has noticed the improvement after a couple of races and testing sessions.

“I love seeing Jeff and Rusty competing out there; I know it’s a dream come true for Rusty so it’s been special to watch,” said Scism, a multi-time world champion. “They’re doing well so far. Of course everyone wants to win, but this isn’t an entry-level class so they’ll need to take it race by race.”

In the meantime, Rahm said things are going well for the business, which has seen record-setting months for three straight months. While he’s still reeling from the third annual Rail Jam Wake Effects hosted over the Independence Day weekend, Rahm plans to further his racing experience next month and—later this summer—show off the new Wake Effects MTI-V 42 as well as MTI’s all-new 34-foot cat.