You are at:Home»Racing»Red, White And Blue In Sarasota

We all have our July 4 holiday routines and traditions. Mine tend to revolve around grilling and enjoying a few adult beverages with family and friends. Nothing says Independence Day like skirt steak fajitas and ice-cold margaritas, right? Throw in a good fireworks display that drives Molly, our poor 14-year-old beagle-basset mutt, under a bed and I’m in my happy place. (Molly has become mostly deaf in the past year, so this July 4 may go a bit better for her.)

But for the past 35 years, the good people of Sarasota, Fla., have taken celebrating the July 4 to a much higher level. The city builds its Independence Day celebration around the annual weeklong Sarasota Powerboat Grand Prix Festival, which benefits Suncoast Charities For Children. The week includes everything from a golf tournament and powerboating fun run, and of course a July 4 fireworks display. and finishes with a day of offshore powerboat races called the Sarasota Powerboat Grand Prix. This year, the organizers are expecting 60 to 70 boats—a fleet-size not seen at the event since the mid 1990s—to compete in the multi-class contests. 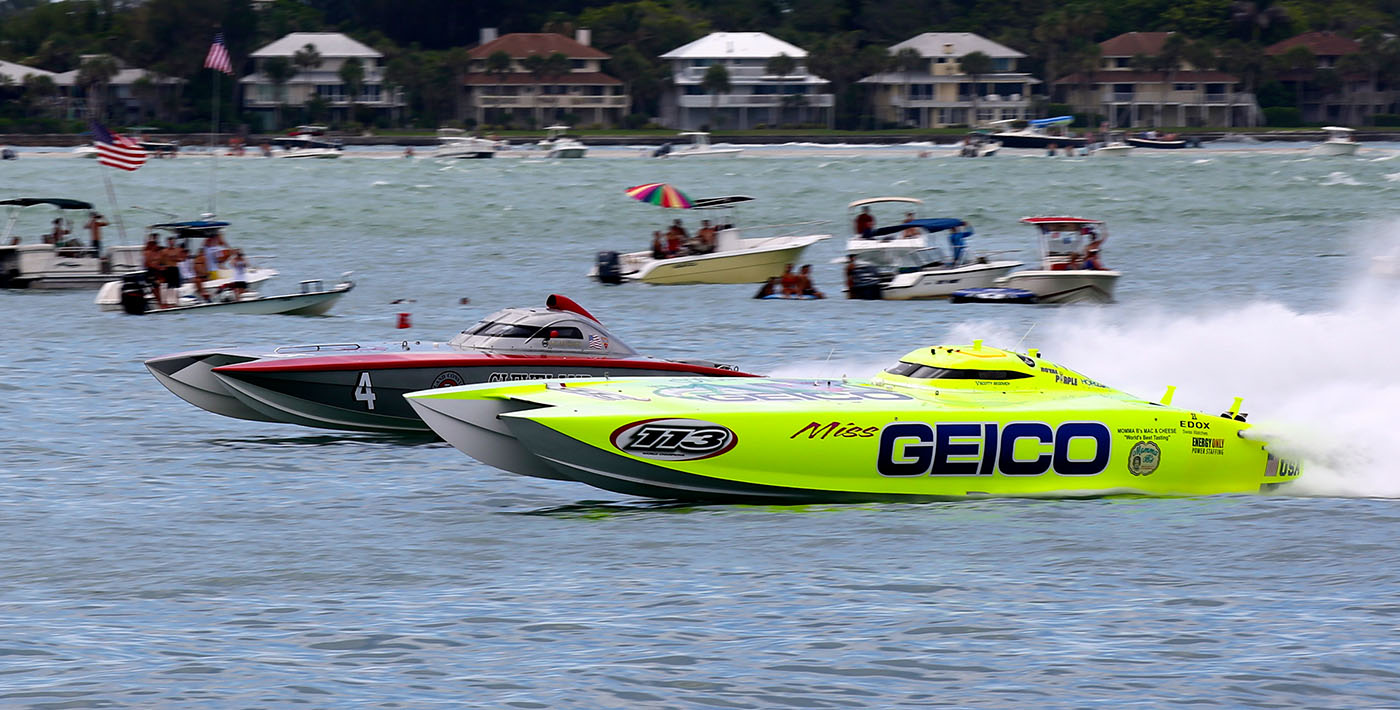 Celebrating its 35th anniversary this week, the Sarasota Powerboat Grand Prix Festival takes over the Southwest Florida city for seven days and ends with an offshore race. Photo by Pete Boden/Shoot 2 Thrill Pix.

The Sarasota Powerboat Grand Prix Festival is inextricably linked to the city’s July 4 holiday doings. And exciting as the July 7 races will be this year as the Sarasota event is the third stop in the six-race American Power Boat Association Offshore Championship Series, they are merely the finale of a week that means the world to many Sarasotans.

“The Grand Prix Festival is extremely important to the city’s celebration of the July 4 holiday weekend,” said Lucy Nicandri, the executive director of Suncoast Charities For Children and the festival’s lead organizer. “City officials refer to the Grand Prix as an iconic July 4 tradition that locals look forward to each year and others travel from places all around the world to enjoy. It is truly a July 4th holiday tradition that is rich in history”

Beyond the July 4 celebration, the event has substantial economic impacts on the city, Nicandri explained.

“The City of Sarasota continues to be a major sponsor for the festival because of the significant economic and charitable revenue it generates,” she said. “Every year the charity does an economic impact study and last year 84.9 percent of out-of-county attendees indicated that they either came to Sarasota because of the race or indicated it, and not the July 4 holiday, was important to bringing them into the area. The festival being held around the July 4 holiday extends hotel stays and expenditures.”

Kim Neimann, the wife of offshore racer Mark Neimann, who will share the cockpit of the Supercat-class Broadco MTI catamaran this Sunday in Sarasota, described the July 4 week happening as “huge” for the city and its residents. Like offshore racers Ryan Beckley, Grant Bruggemann and many more competitors, the Neimanns call the Sarasota/Bradenton area home. So, too, does offshore racer Stephen Kildahl, who has competed in all 35 Sarasota events.

Kildahl shares the cockpit of his raceboat with his 28-year-old son, Stephen.

“For our family it’s a really big deal,” said the senior Kildahl. “I’ve raced in every Sarasota race since the beginning. That’s 35 years of history. For Stephen, July 4 in Sarasota means racing. It’s all he’s known.

“Sarasota has seen a lot of change over the years as the city has grown,” he continued. “The Sarasota Grand Prix Festival is a part of our past, our present and our future.”