You are at:Home»Uncategorized»Remembrance In The New Year

If there’s a better place in the world for a high-performance powerboat lover to be today—make that for the past four or five days—than Southwest Florida, I don’t know where it is. As you read this, more than 50 go-fast catamarans, V-bottoms and center consoles are taking to the waters of Sarasota Bay for the eighth annual Joey Gratton Memorial New Year’s Day Fun Run organized by veteran offshore racer Ryan Beckley. And just three days ago, Fort Myers Offshore held its traditional New Year’s Lunch Run from the Sanibel Island Bridge to Marco Island. 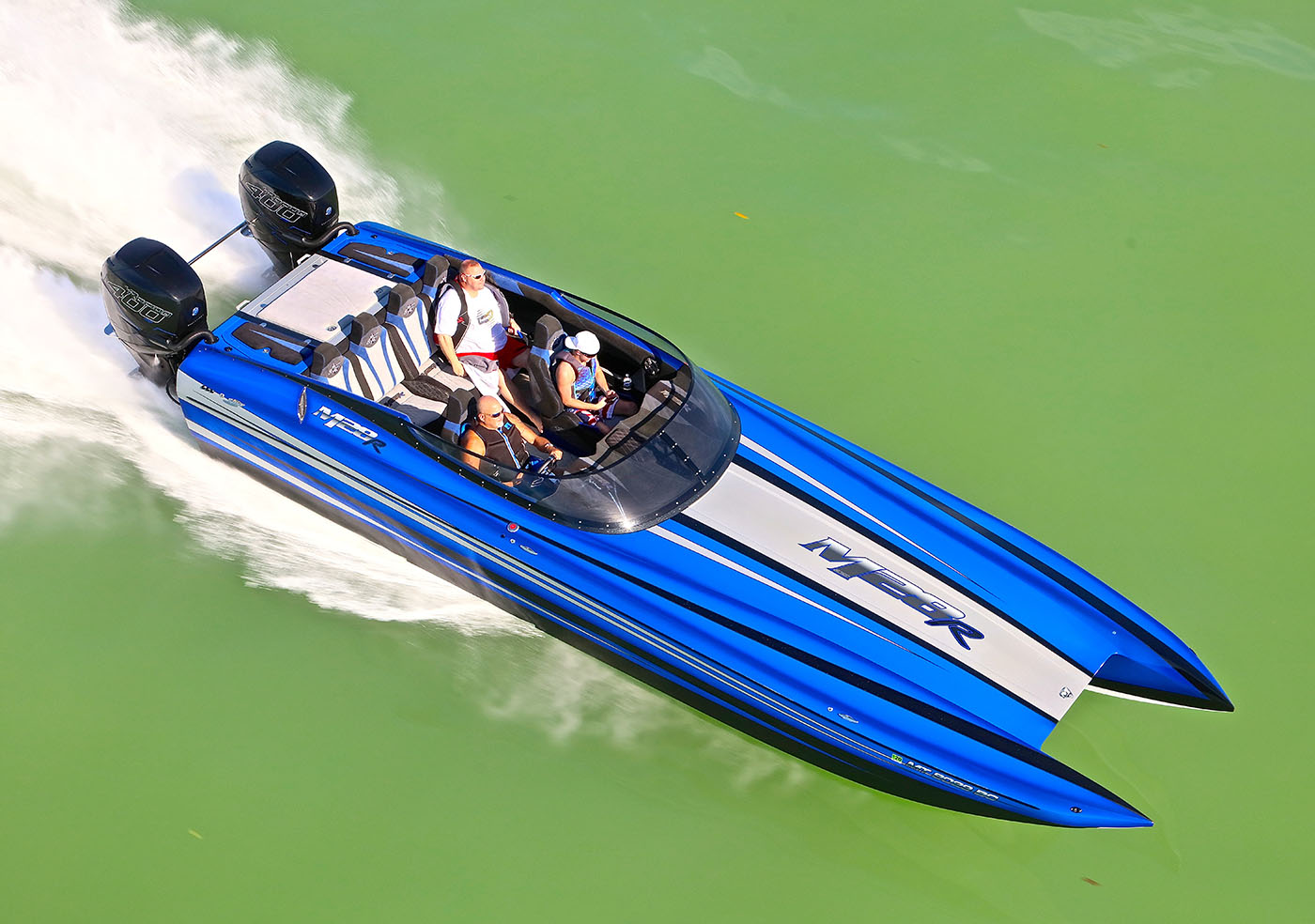 Between those organized events, speedonthewater.com chief photographer and Sarasota local Pete Boden put together a couple of photo shoots. And per Gratton fun run tradition, Beckley held his casual New Year’s Eve bash, welcome to locals, out-of-towners and more than a few random strangers last night at his Kinetic Animation shop in Bradenton.

In short, since last Saturday there has been something fun to do—by day at least under mostly blue skies with midday temperatures in the mid 80s—for local go-fast boaters, as well as those in town from all over the country for the FMO and Gratton happenings.

But the Gratton and FMO events are linked in a way that transcends geography or the camaraderie that comes with people enjoying their shared passion. Both runs were born out of tragedy. Both serve a higher purpose.

Both are—in essence—celebrations of life.

Joey Gratton was a well-respected and beloved offshore racer from Sarasota who died following an accident during the 2011 Super Boat International Offshore World Championships in Key West, Fla. His death rocked the offshore powerboat racing community to its core. Gratton’s death left racers and fans of the sport with a lot of questions and very few answers.

But today’s Gratton event doesn’t just celebrate the legacy of a man who was adored in offshore racing circles. It remind us how fragile life can be, how precious it is and how—despite its inherent dangers—the sport can do better.

So, too, does the Fort Myers Offshore New Year’s Lunch Run, as well the organization’s entire annual event schedule.

As many go-fast powerboating enthusiasts around the country know but few will immediately recall, FMO was founded in 2008 following a tragic high-performance boating accident a year earlier. Then 16-year-old Jennifer Molter survived the crash but lost four family members that day. In her honor, FMO became a nonprofit, college scholarship fundraising organization that brings in money through various fun/lunch runs throughout its season.

Most folks who are enjoying today’s Gratton event, as well as those who joined in the FMO lunch run fun a few days before it, will forget their New Year’s resolutions before the Miami International Boat Show rolls around next month. That’s just the way such resolutions tend to work.

No doubt about it, for the past four days Southwest Florida was the best place in the world for a high-performance powerboat lover to be.

Happy New Year to all.