You are at:Home»A Family Affair»Crossing The Sunshine State In The Project 1080 Cigarette

Florida Powerboat Club members saw a lot of the Project 1080 Cigarette sportboat in 2019. That’s because the 38-footer, which was built in 2000, completely restored inside and out and repowered with twin Mercury Racing 540 engines in 2018, belongs to Stu Jones, the head of the Pompano Beach, Fla., event-producing outfit. With Jones at the helm, the 38-footer served as the paceboat at most FPC events last year, and will again this year.

But Project 1080 served its highest purpose—as the Jones family fun boat—during New Year’s week as Jones, his wife, Jackie, and Tyler and Max, their 16- and 14-year-old sons, used it to cross the state for an eight-day vacation. Two days after Christmas, they kicked off a family boating adventure that took them north from Pompano Beach to Stuart, where they turned west and headed across the Sunshine State to Fort Myers. Along the way, they negotiated several locks and crossed Lake Okeechobee, albeit with a stop at the famed Roland Martin Marina and Resort for lunch. From there, they followed Caloosahatchee River into Fort Myers. 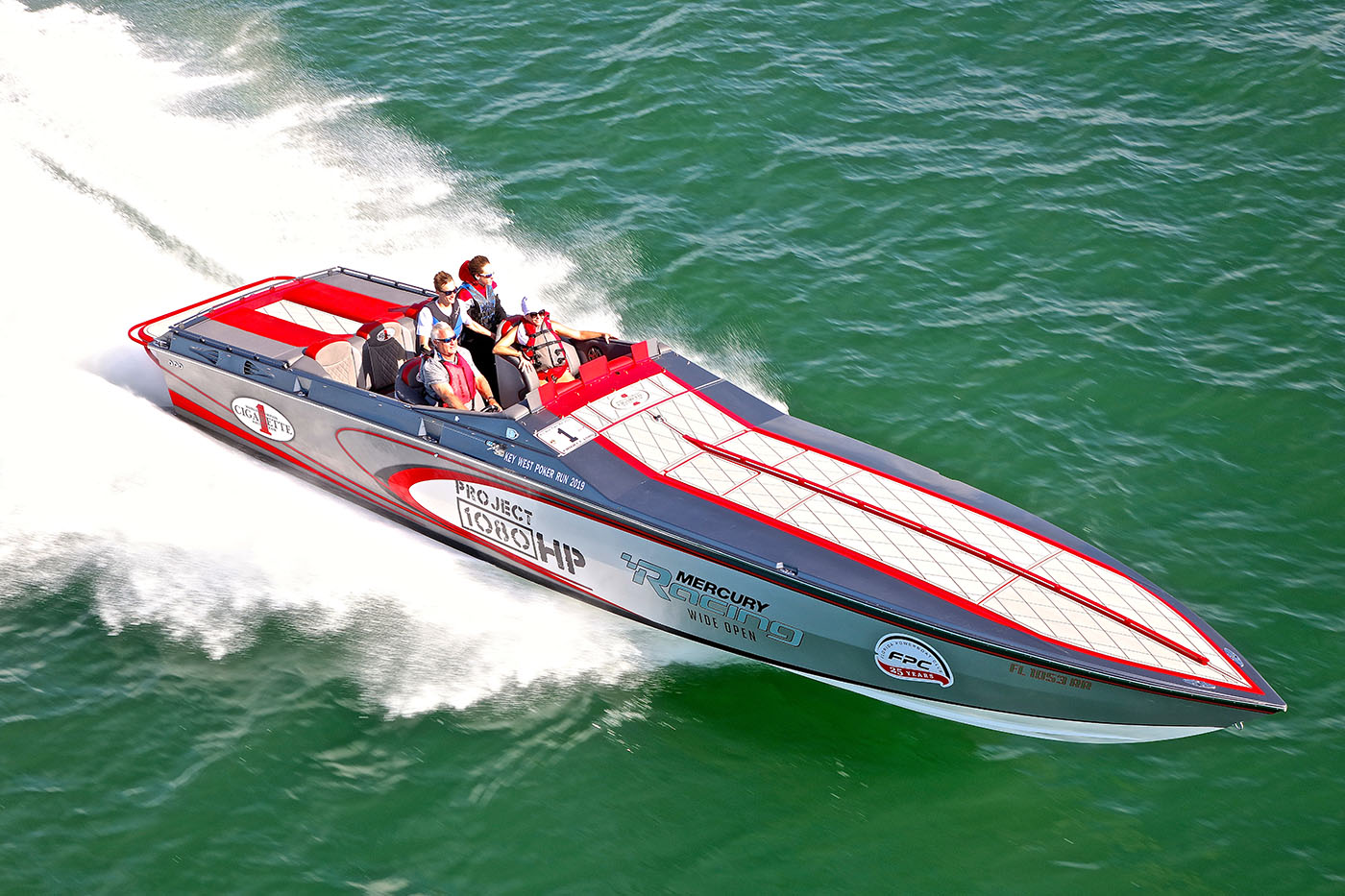 They reached the Gulf of Mexico at 4:30 p.m. that day and still had to get to Marco Island, where Jones had arranged lodging in advance of the Fort Myers Offshore New Year’s Fun Run the following morning.

“Jackie and I have crossed the state in a boat before, but the boys had never done it,” said Jones. “They made it quite clear that they would be happy to do it as long as they go to do a lot of driving. And they did. They’re both very competent boaters—the both took the U.S. Coast Guard Power Squadron course in addition to all the seat time they get with me and Jackie on Project 1080. 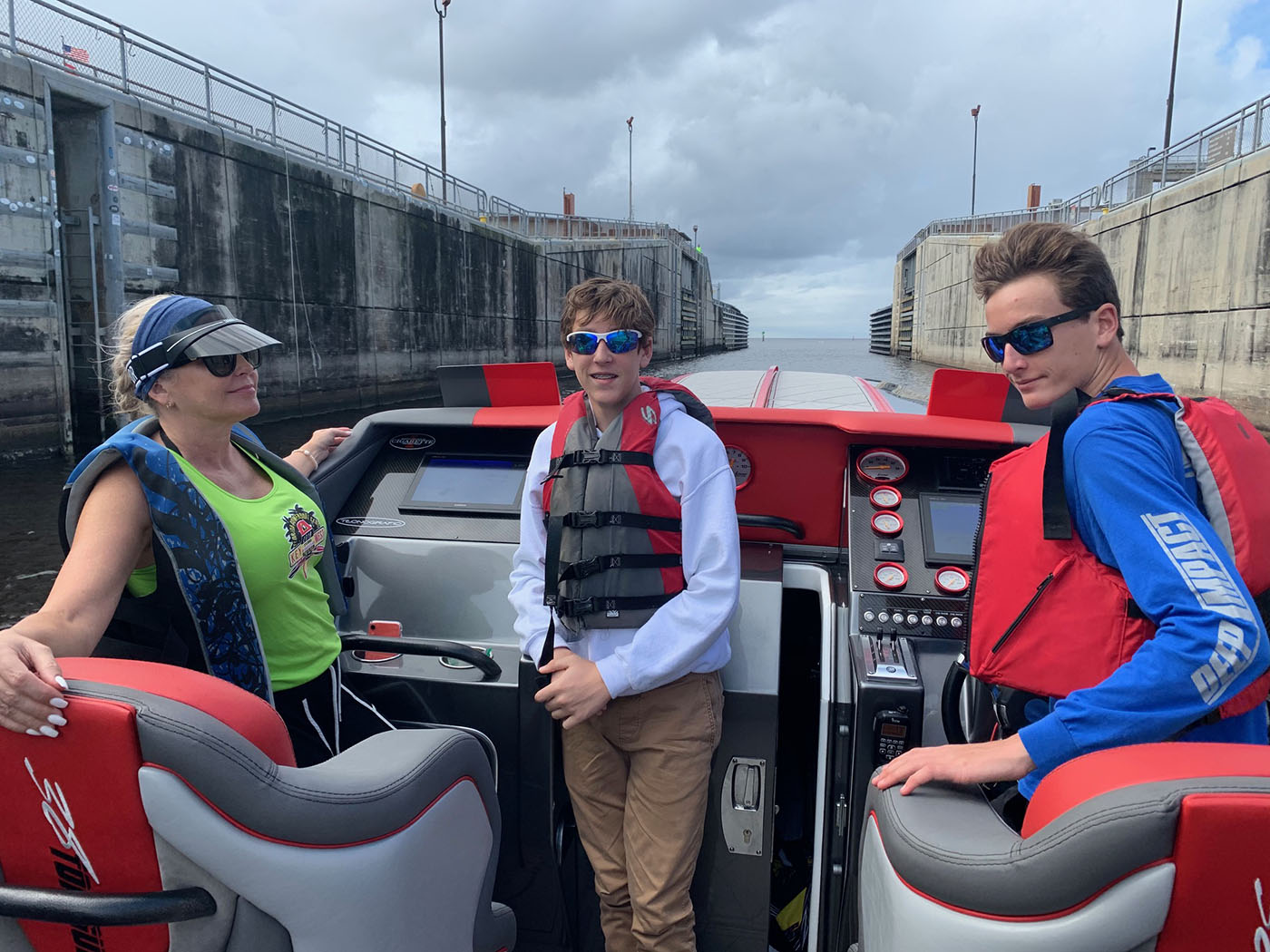 More than a little comfortable around high-performance boats Jackie Jones and her sons Tyler and Max bonded during the eight-day adventure, which included navigating several locks.

For Jones, watching his boys handle the 38-footer, as well as working with him and their mother to negotiate the locks to and from Lake Okeechobee was among the most rewarding aspects of the crossing. He also enjoyed being a participant rather than an organizer in the Fort Myers Offshore event, which he followed up with a run to Everglade City and—the following day—a boating day trip with Trond Schou, the head of Fort Myers-based Nor-Tech Hi-Performance Powerboats head, and his family. A couple of days later, the Jones family tackled the Joey Gratton Memorial New Year’s Day Fun Run.

“OK, I have to admit I’m kind of jealous of the guys on the west coast of Florida who have so much going on this time of year,” Jones said, then laughed. “And my jealousy finally got the best of me. Plus, in the winter months the conditions off South Florida usually rough. The day we left for our trip, the wind was blowing 15 to 20 mph from the east and the seas were four to six feet.” 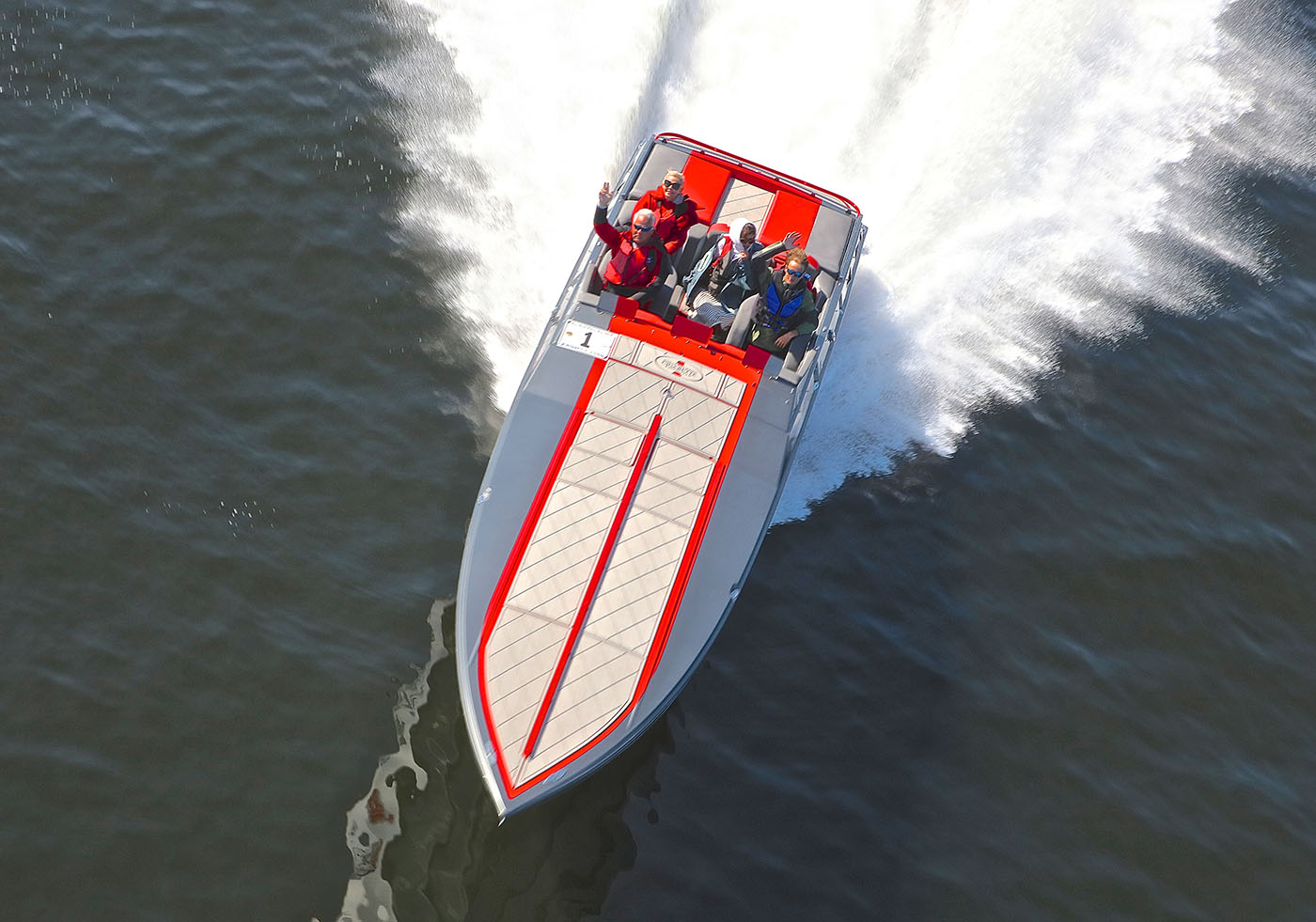 But the highpoint of the trip for the Jones family patriarch was they first reached the Gulf of Mexico off Fort Myers after crossing the state. They didn’t have much time to get to their Marco Island digs, so Jones pointed the 38-footer south and leaned into the throttles a bit.

“It reminded me why I love boating,” he said. “We were running 60 mph, way out in the Gulf as that was the most direct way to get there. The water was a smooth as can be, the sun was setting and I was having a moment. It was the end of a great day.”

And the beginning of the ultimate boating family vacation. 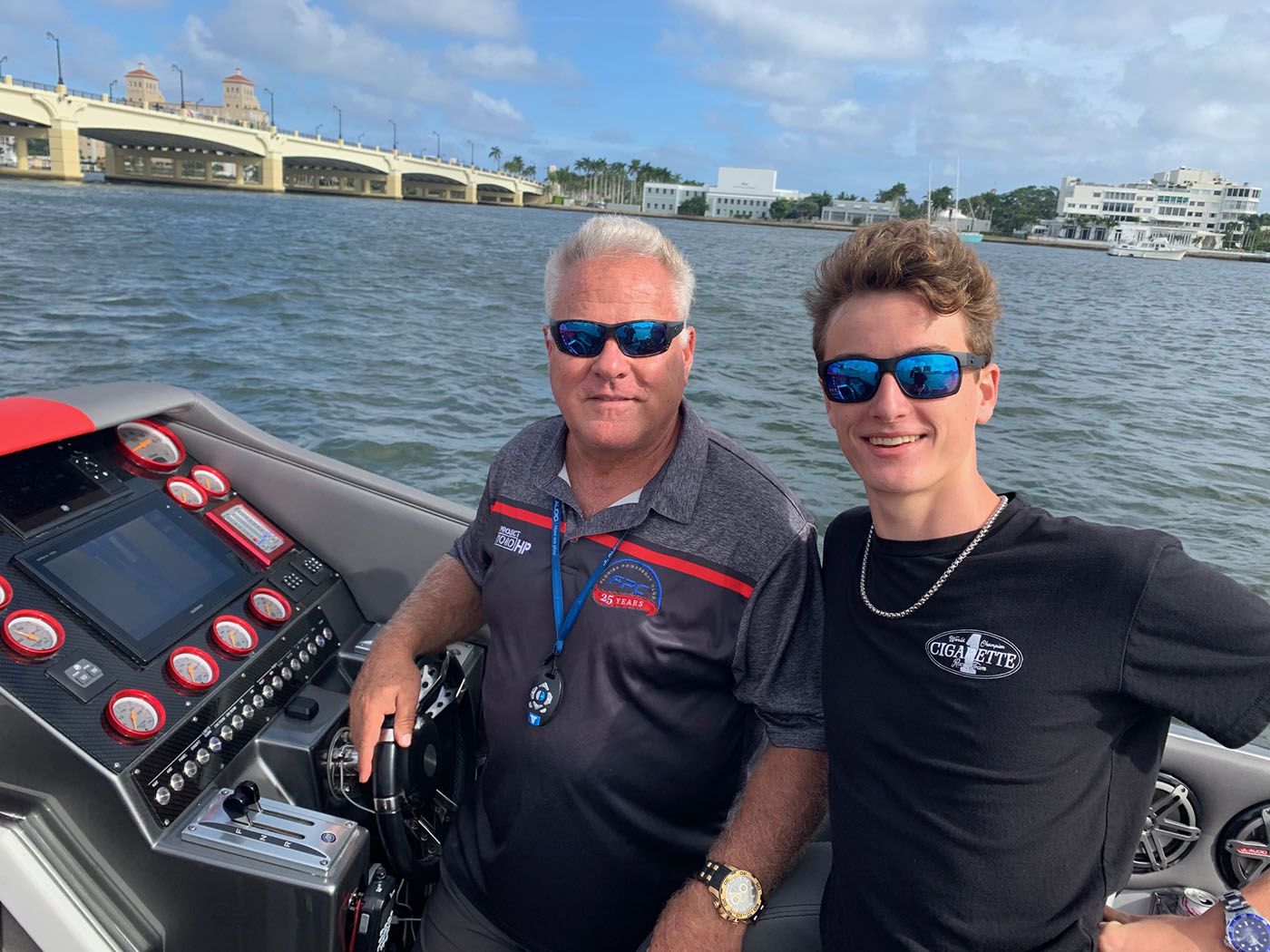 Said Stu Jones (capture here with his older son, Tyler): “The boys made it quite clear that they would be happy to do it as long as they go to do a lot of driving.”

Editor’s Note: A complete feature with multiple images on the Jones family vacation to Southwest Florida will appear in the upcoming November/December 2019 issue of Speed On The Water digital magazine.