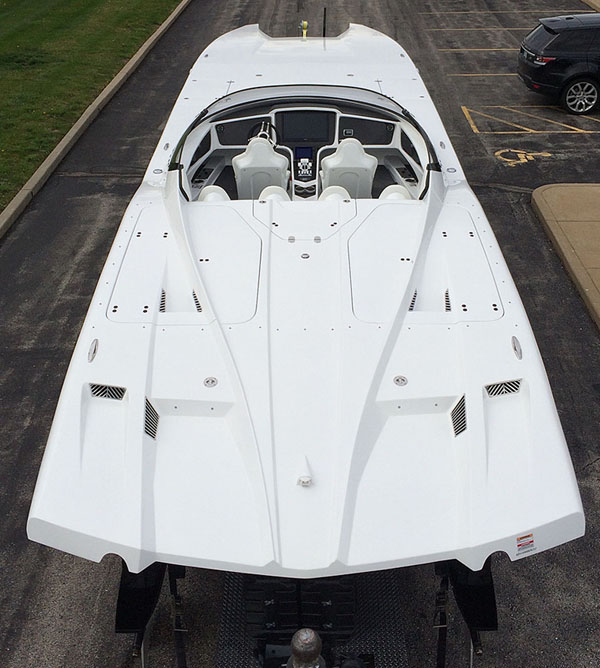 Powered by Mercury Racing 1350 engines, MTI’s first 43-foot catamaran with the new deck and cockpit design has been delivered to a customer in Monaco. Photo courtesy Tim Gallagher

I don’t believe “privileged” is really the right word to describe it, but I definitely feel that way when my two primary contacts at Marine Technology Inc., in Wentzville, Mo.—owner/founder Randy Scism and sales/marketing manager Tim Gallagher—pick up the phone when I call.

Like many people in the industry, I value their time. I also understand just how busy Scism and Gallagher are on a daily basis. Heck in the last month, MTI delivered its first production 57-foot center console—the mighty-impressive MTI-V 52 powered by quad Seven Marine 627 engines that, although unfinished but seaworthy, was on display at the Miami International Boat Show in February—and rolled out its “new” G7-style 43-foot catamaran not long after that. 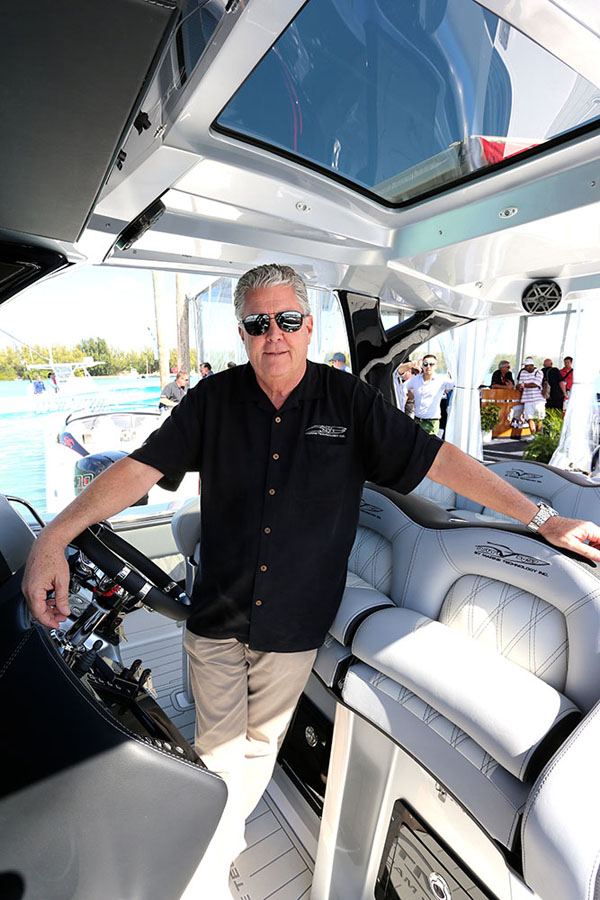 “When Gino built the 52 he didn’t want the wide cockpit like the way his former 48-footer was configured, he wanted something a little tighter, yet larger than the 44-foot four-seater Mercedes boat he had before that,” Gallgher said. “We ended up building him a six-man cockpit with the tear-drop design we introduced on our 48s and 52s last year, and it came out great. In fact we used his boat to make a new cockpit mold for our boats with 10-foot 5-inch beams—the 38, 40, 42 and 44. The 42 and 44 always had the same running surface, so with the new G7 deck and cockpit design, we’re calling it the 43 now.”

The first production model MTI-V 57, which is powered by quad Seven Marine 627 engines, was delivered to its owner in May. Photo courtesy Tim Gallagher

According to Gallagher, MTI delivered a 40-footer powered by twin turbocharged 1,110-hp Mercury Racing engines last year with the G7 design and its first 43-footer—the clean, all-white cat powered by Mercury Racing 1350 engines pictured in this story—left the shop a couple of weeks ago for its final destination in Monaco on the French Riviera. He said there’s another 43 in production that is likely to be powered by twin Mercury Racing 860 engines.

Of course the company continues to receive orders for its larger cats—the 48- and 52-footers have been a smashing success—on top of the wildly popular MTI-V 42 center consoles, so it’s pretty remarkable to think that the team was able to make room for the jaw-dropping 57-foot center console, which was delivered in May. 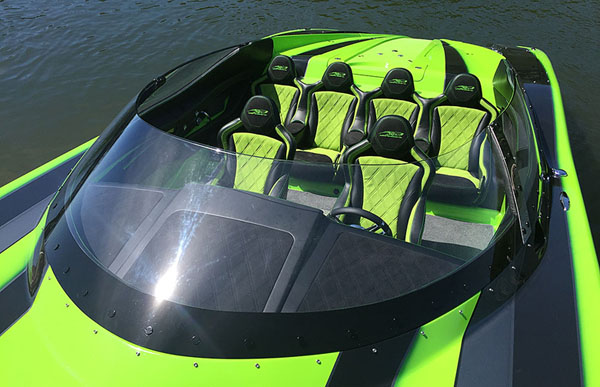 “The customer is enjoying the 57—he put more than 50 hours on it in the first month he had it,” Gallagher said. “The boat is a tender for a megayacht. It lives in Miami but it recently went up to Montauk (New York) for the summer. The yacht travels all over the world so we’ll see where the boat ends up. We delivered it and it went straight to the Bahamas.”

Gallagher said the hull for another MTI-V 57 recently came out of the mold, and that production on the impressive 57-footer, which he called a “complex build” thanks to the magnitude and detail of the center console, is going to be taking place throughout the summer.

From our conversation it sounds like a lot is happening at MTI this summer. Beyond the boat production, the team is planning to attend many events over the next few months, including its “hometown” Lake of the Ozarks Shootout in Central Missouri, which includes an MTI Owners Fun Run on the Thursday before the Shootout. One can always assume there will be some new MTIs on hand that week as well.

To check out a quick on-water video of the 57-footer with quad 627-hp Seven Marine engines, click here.