You are at:Home»Awesome»Nothing But the Best for Dad 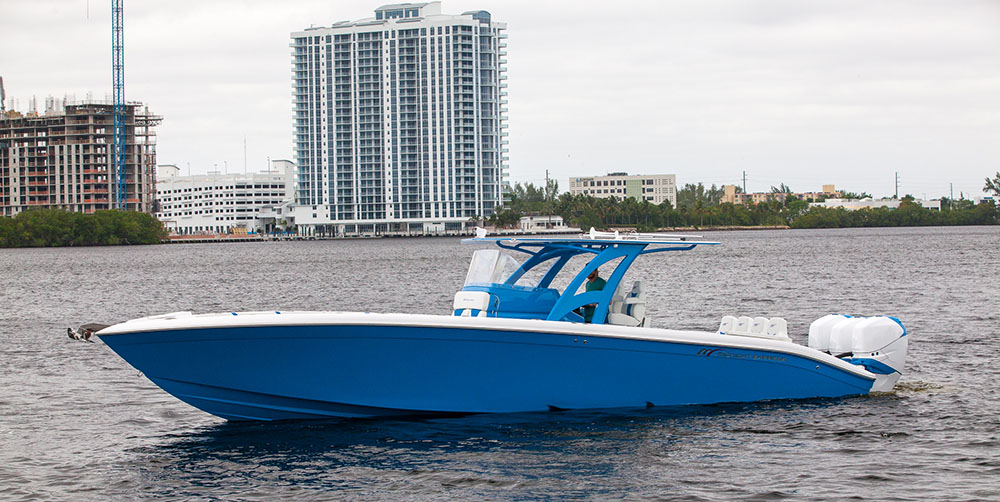 While at the Miami International Boat Show a few months back, I stopped by the Midnight Express Powerboats in-water display to look at some of the Miami company’s breathtaking center consoles and check in with the brothers behind the business—Eric and Harris Glaser—and Randall Truesdale, Midnight’s sales consultant who recently took a job with BoatsDirectUSA and Deep Impact Boats.

Although the 43′ Open Ulysse Nardin Edition and the 43-footer across from it, featuring a chest-pounding stereo system with speakers hidden throughout the boat, were immediate eye-catchers, the one that I noticed right away was the 39S Open with a unique shock mitigation seat arrangement for the driver and co-pilot. I asked Eric Glaser about it and he proceeded to inform me that the custom-built boat was designed for none other than his father, Dr. Bert Glaser, who is partially paralyzed.

From afar, the boat, which had a vibrant light blue paint job and matching accents throughout, appeared exceptional. Upon closer inspection, the innovation showcased within the boat was quite remarkable. Add the fact that it was built by the Glaser brothers to give their father, who shared his hobby with his children starting at a very young age, the opportunity to run his own boat again only added to the boat’s novelty.

With Eric’s design and engineering concepts put into motion, the Midnight Express team created the special edition Assistive Technology 39S, which was powered by a trio of Mercury Verado 350 engines and 100 percent engineered for Dr. Glaser to be able to control the 39-footer. 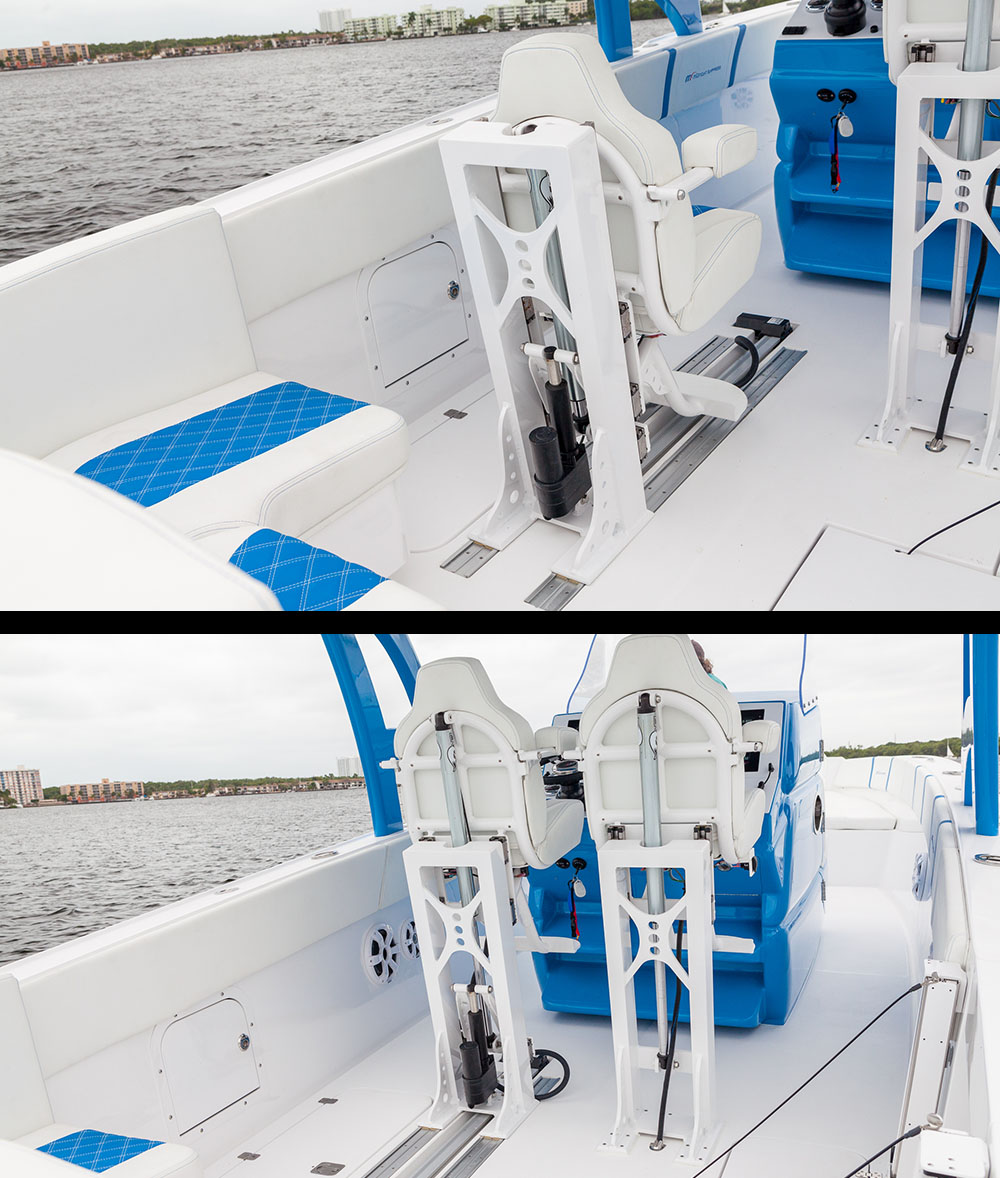 Not only does the pneumatically adjustable shock mitigation seat to port designed for Dr. Glaser move up and down to allow him to move from his wheelchair to his helm seat, it also can be moved forward and aft to allow Dr. Glaser the ability to move himself into a comfortable driving position.

Equipped with a remote control-operated handicap-accessible ramp on the starboard side ahead of the rear bench, the boat allows Dr. Glaser to come to the dock, access the ramp and roll himself on with limited assistance. From there he can access the adjustable seat and prepare to drive the 39-footer.

Due to his father’s limited mobility, Eric placed the controls in a position that allows his dad to handle the boat with the utmost ease and safety. The throttle was placed in close proximity to the steering wheel, a position that gives Dr. Glaser the ultimate vantage point to operate the boat.

With the ability to access and operate the boat out of the way, Eric realized there was something else he could do to make operating the boat even easier for his father—improve his vision. Eric decided to add video cameras to the port and starboard side of the T-top arch and in the middle of the aft of the top, all of which are ported into the Garmin 8215 chart plotters to allow Dr. Glaser peripheral vision while underway and while attempting to dock the boat.