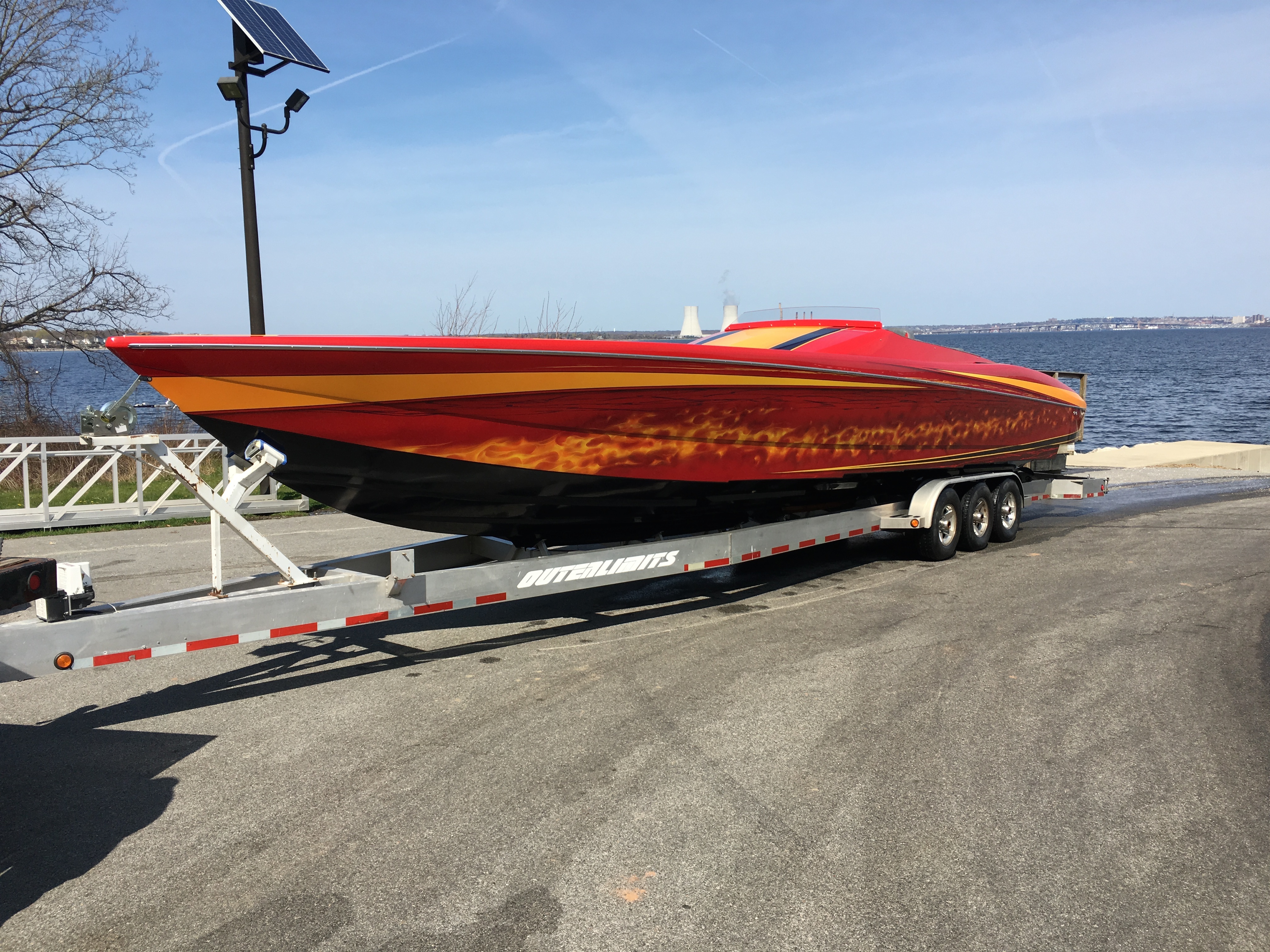 Stephen Miles made the most of the creative leeway Dooge gave him with the 41-footer’s paintwork.

That Ed Dooge’s new Outerlimits SL 41 V-bottom boasts a 2,400-watt, 24-speaker custom stereo system from Waves and Wheels will surprise absolutely no one who knows the self-described “character.” Friends of the Harrison Township, Mich., performance-boat enthusiast fondly call him “Special Ed,” and they know he likes his music loud. So when Dooge ordered his dreamboat, which he drove with Outerlimits production manager Dan Kleitz for the first time yesterday near the custom high-performance powerboat builder’s home in Bristol, R.I., he went with a massive sound system.

“This is the loudest stereo by far that Outerlimits has put together,” said Dooge, who was joined at Outerlimits by his wife, Wiendy, in Bristol. “When they purchased the stereo equipment for this boat, they asked them, ‘Is this for one boat?’ For the stereo, the guy from Waves and Wheels, Justin Wagner, flew out to Outerlimits to tune it. He spent all day on it. So now Outerlimits has changed its procedure—he is going to come and custom-tune every stereo they install.

“I’m a stereo guy,” he continued. “This boat has two six-channel amps at 1,200 watts a piece. If you turn this thing up full blast, I’m not sure what’s going to be louder, the stereo or the engines.” 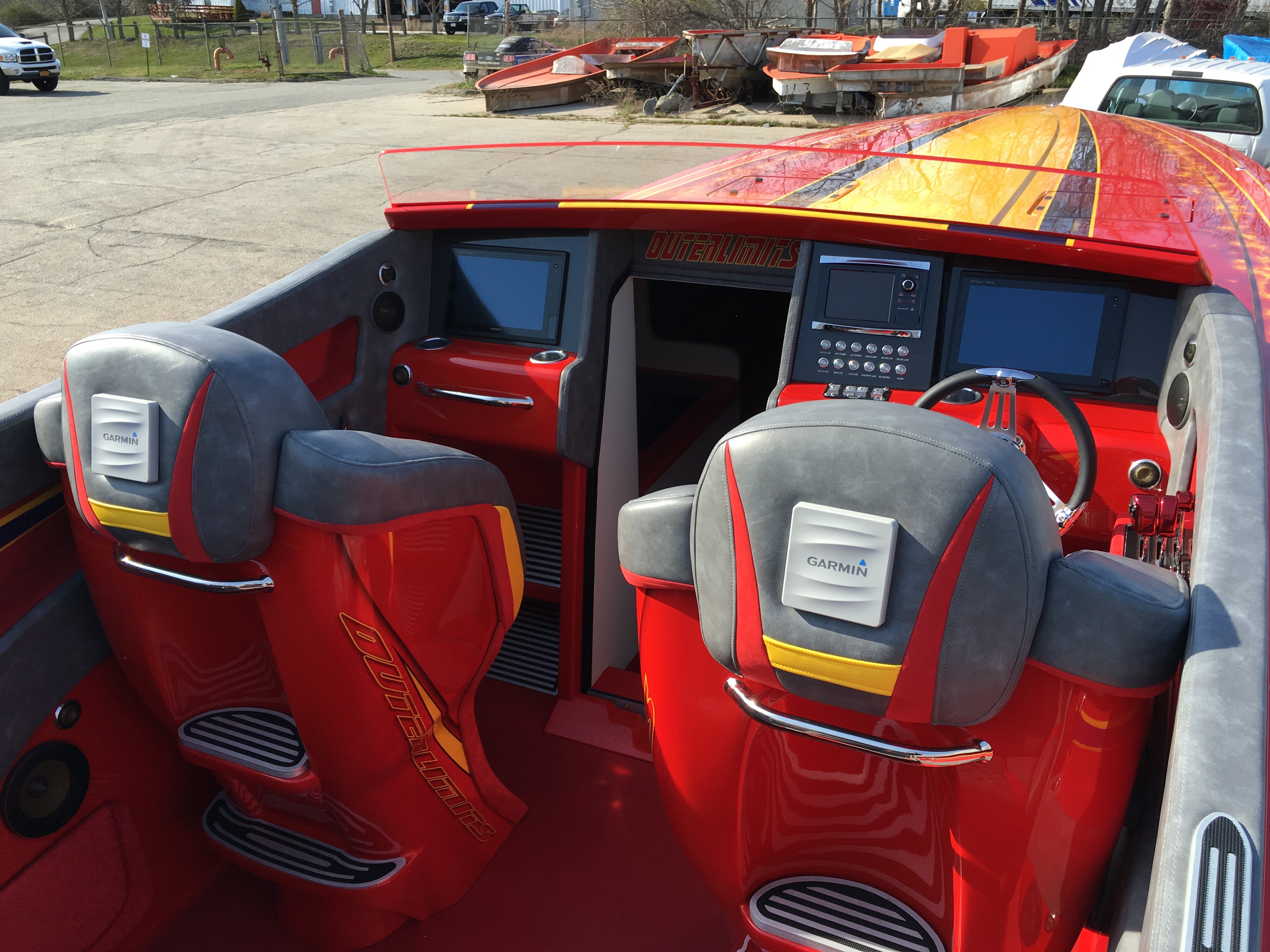 The boat’s customer-specified windshield proved to be a worthwhile addition in yesterday’s sea trial.

Of course, that likely would depend on how hard Dooge hits the throttles for the 41-footer—the second model built with a low-profile deck—powered by twin Mercury Racing 700 SCi engines. According to Dooge and Kleitz, the boat is set up to reach 124 mph. Without running wide open yesterday, they reportedly hit 116 mph.

Coming from a 33-foot Formula, the SL 41 is a significant step up for Dooge. But while its stereo system surely will turn heads and shake docks, it won’t even come close to upstaging the boat’s custom paintwork from Stephen Miles Design.

“This is one project where the owner really let Stephen work his airbrush technique magic,” said Kleitz. “The motors, drives and bilge are custom-painted, and the graphics have been carried into the red Alcantara upholstery in the interior.”

For Dooge, it was love at first sight when he saw the stand-up cockpit 41-footer. Any anxiety or misgivings he had about how the wild finished product might look immediately evaporated when he laid eyes on the boat. 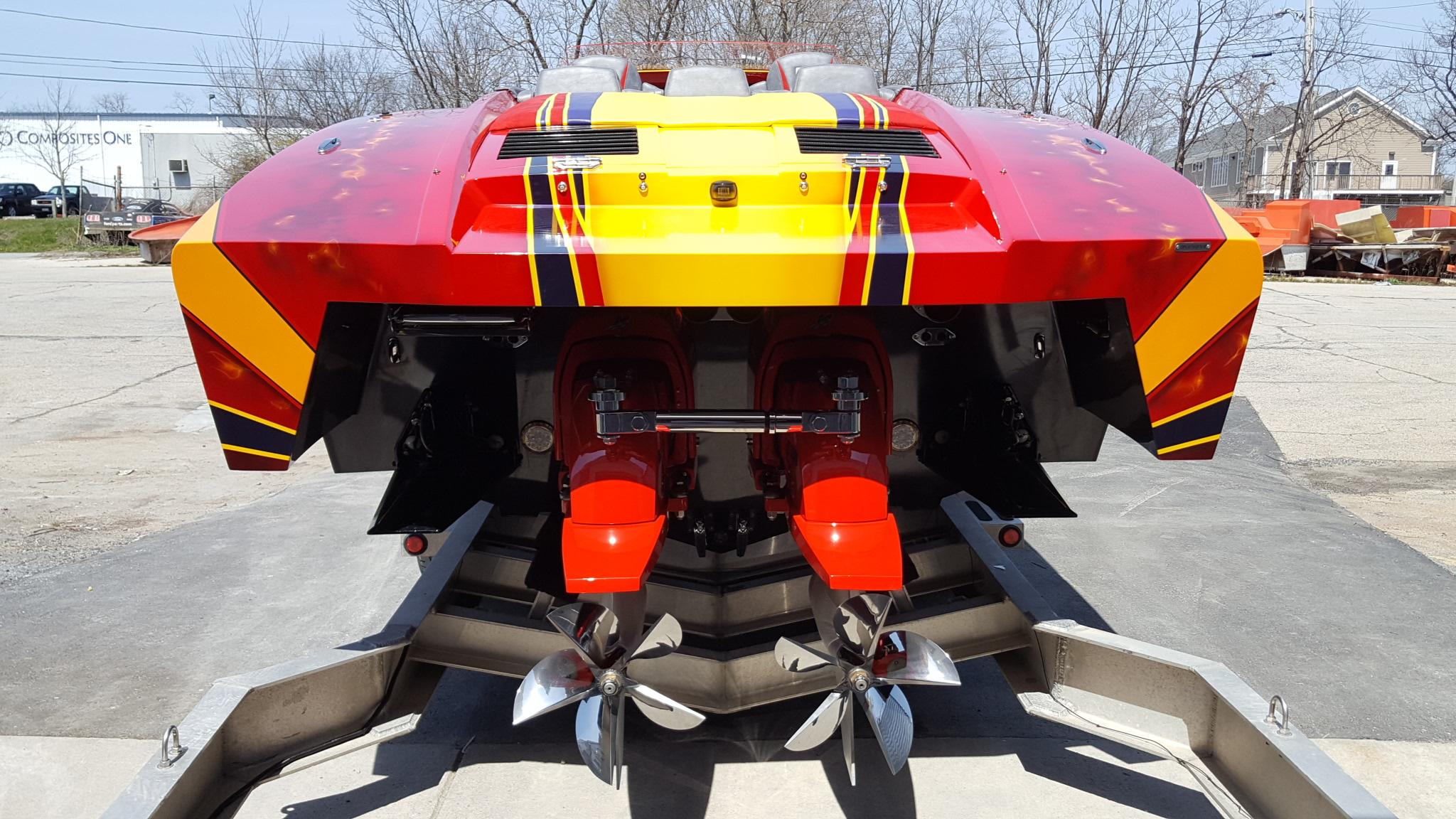 With twin 700-hp Mercury Racing engines, the new SL 41—the second to be built with a low-profile deck—is set up to reach 124 mph.

“One of the guys at Outerlimits texted the painter and told him I was one of the most unique and happiest customers he’d ever seen,” he said. “The boat is called ‘Special,’ and everything is ghosted in the paint job. You can’t see everything immediately unless the light hits it the right way. It’s an amazing boat—a piece of art. Any doubts I may have had were lifted when I saw this thing.

“The Outerlimits guys are amazing—they are 100-percent in everything they do,” he continued. “They are second to none. They hit the nail on the head with this one.”

Later this week, Dooge and Kleitz plan to run the SL 41 for a helicopter photo shoot. In early May, the boat will be hauled to its new home in a boat house in front of Dooge’s home. After that, it will be seen—and likely heard—for the entire boating season on Lake St. Clair. As will its delighted owner.

“I went to the best manufacturer on the planet,” said Dooge. “And I got one of the best boats ever built. Each person who buys a boat from Outerlimits brings something new to it. One of the things I did was have them put this custom windshield on it. At first Dan didn’t want to do it, but after yesterday he saw that it really worked. It’s nice to be a customer when you are actually able to change things.”