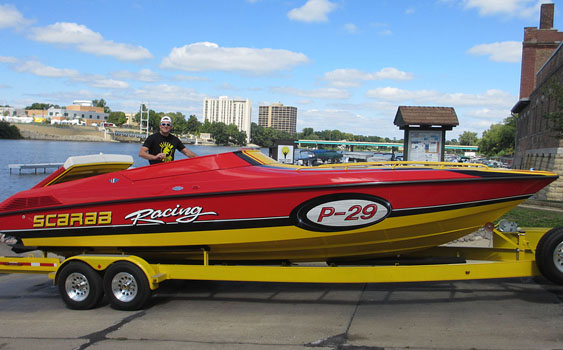 Illinois’ John LiCausi is the proud owner of a 1996 P-29 Scarab, which was one of 29 special 40th anniversary 29-footers built.

In this line of work, I get to meet and interview many boaters. That’s obvious. And while many of them like their boat as much or more than their significant other, I don’t come across too many who exhibit so much admiration for their boat that they create a website dedicated to it.

Recently I was introduced to John LiCausi of Rockford, Ill., who not only has one but two websites dedicated to his prized possessions—a 1996 Wellcraft Scarab Sprint and a 1996 Wellcraft P-29 Scarab. According to LiCausi, the P-29 is number 19 of 29 special 40th anniversary edition boats built and has been on his radar for several years. And in his opinion, the 29-footer, which he purchased in April, was too cool to keep to himself so he put together a website showcasing one of the most sought after Scarab models. It helps that LiCausi’s business is in the online world as owner of Internet Marketing Helpline Inc. 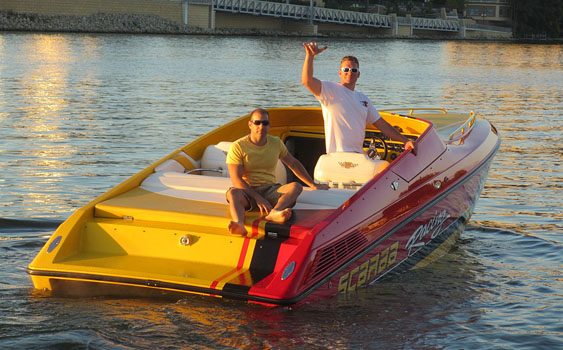 LiCausi can’t wait to get back out on the water in his pride and joy.

“I live and breathe this stuff,” said LiCausi, who has plans to expand the ScarabP29.com site with more information, pictures and videos—watch his witty YouTube video here. “Although I didn’t get to use the P-29 as much as I wanted this first season because there was some general maintenance to get caught up on, I still had a great time with the boat.”

LiCausi, who is enthralled by the two-tone red-and-yellow 29-footer, said that Scarab founder Larry Smith designed the P-29 hull to have natural bow lift, which is an optimal hull design for use with the MerCruiser Blackhawk surface drives. And while his boat’s stock MerCruiser 350 Mag engines had been replaced in 2000 with custom-built Holley fuel-injected 383 Stroker engines for added performance, LiCausi said the boat’s handling manners in the rivers and lakes he frequents are superb. 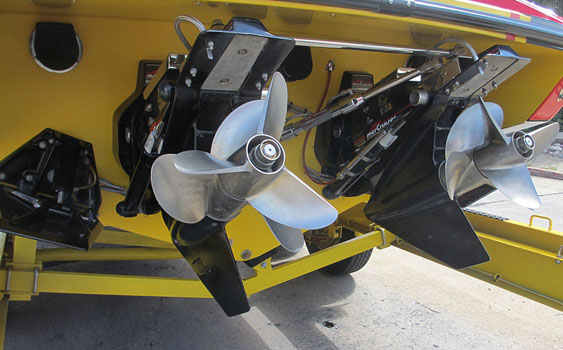 “One thing I know about boats is that they break,” explained LiCausi when asked if he has any concerns with the older Blackhawk drives. “Parts for Blackhawk drives are still somewhat available. Luckily, gear sets for the Bravo III are compatible, and a little stronger than what came stock in the Blackhawk drive. In fact, Pier 57 recently replaced the upper gear set in my starboard Blackhawk drive with a Bravo III gear set.

“But that’s why I’m keeping the 19-footer,” continued LiCausi, who was quick to point out that the Scarab Sprint was the model used for a long-running stunt show at Universal Studios Florida. “If something happens with the P-29 I’m going to need a backup option and the Sprint is perfect.”

LiCausi has owned the 19-foot sportboat, which is powered by a 160-hp MerCruiser 4.3L engine and an Alpha One drive, since 2010. He had the boat airbrushed by a local artist named Christopher Oglesby and put new flooring and carpet in as well. 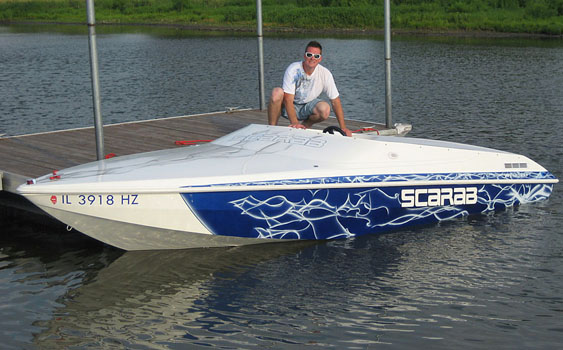 LiCausi isn’t about to give up his 19-foot Scarab Sprint just because he got a classic P-29.

As for the 29-footer, he doesn’t plan to change the appearance whatsoever.

“The P-29 is timeless in my opinion,” said LiCausi, whose boat was featured on the cover of Powerboat magazine’s March 1996 issue. “I mean it looks like a new boat still today. They got it right with the P-29. My boat was in good shape when I bought it, but I want it looking showroom perfect.”

LiCausi, who can’t wait for the 2015 boating season, wanted to thank his friends and family members who have assisted him along the way, including Steve Naruz, Frank Naruz, Chad Correnti, Chris LiCausi, Mike LiCausi and Chris Bielawski.