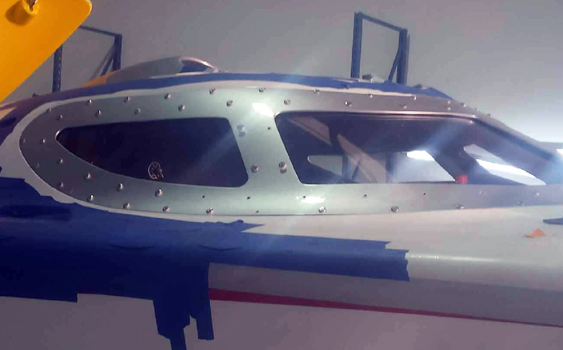 Right now, veteran offshore racing throttleman and team owner Steve Miklos is about as giddy as a kid on Christmas morning. That makes sense given that the new 30-foot Sun Print Extreme raceboat he commissioned in March for his ongoing campaign in the Super Boat International Superboat Vee class has been put through its third sea trial and should be ready to go for the upcoming SBI National Championships in Clearwater, Fla.

“We’re going through our normal teething issues with a new boat,” Miklos said, then laughed. “It’s biting us, we’re biting it back. But we’re very happy with it and Mark [Spates, Extreme’s designer and builder] and [we]haven’t killed each other or fought about money, so that’s a good thing.”

Miklos got plenty of offshore racing mileage—and reaped plenty of success—in his first Sun Print, another 30-foot Extreme V-bottom, which was built in 2000. He was so happy with that boat, in fact, that he had second thoughts about getting rid of it and building a more updated version of it.

“I am terrified—the old boat is sold and headed to Trinidad so there’s no looking or going back,” he said in a prior interview that appeared on speedonthewater.com. “That boat was fast the day we put it in the water. We don’t think this is going to happen, but we would be the first offshore racing team to outsmart itself.”

That was before Miklos—who is equal parts digital-age techie and diehard gear head—had the new boat in his shop and on the water. The next-generation 30-footer boasts a completely new, aerodynamic lower-profile deck and a micro-step added to its hull. And that’s just what observers can see from the outside. 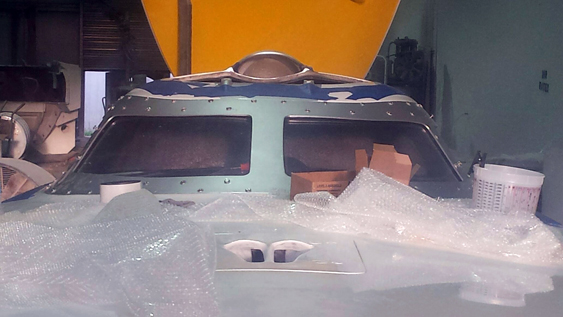 Said Miklos, the team has “a stack of Hering propellers in boxes taller than the boat to run.”

“It was an ambitious project,” said Miklos. “It has some pretty advanced systems such as an automatic ballast system that I wrote the software for. It has shock-absorbing seats and we actually had the shocks dyno tested. There are lot of things in it designed to reduce the cockpit workload. Some of the controls are Bluetooth enabled to reduce the amount of wiring. All of the steering components are outside the safety area. The cockpit has air-conditioning. The seats are tethered to the firewall in case they break off their mounts.

“It has very small windows in the canopy, and we used carbon fiber masks over the windows in front,” he added. “It’s a ‘gladiator’ boat.”

Although the old Sun Print boat led in the Superboat Vee-class National points chase early this season, missing the last three races—including the double-points event in Michigan City, Ind.—has knocked the team out of contention for the National championship. Absolutely Not, a 30-foot Fountain has the points lead and is the odds-on favorite to take the National title. But Miklos and his Clearwater event driver, Jason “Huck” McGonnell, head into the race second in points. And then there’s always the 2014 SBI Key West (Fla.) World Championships in November.

“We haven’t run any races since Sarasota and the Absolutely Not team did the right thing—they kept racing,” said Miklos. “I would have done it if I could.

“We’ll keep testing before Clearwater,” he added with another laugh. “We have a stack of Hering propellers in boxes taller than the boat to run.”