You are at:Home»Awesome»Attention To Details 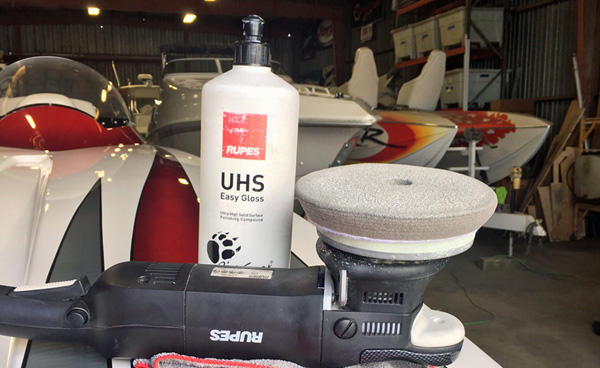 Available now to consumers, many of the P&S products that The Polishing School distributes have marine applications.

Way back in the late 1990s, I covered my first Big Cat Poker Run in Northern California, just a short plane flight and car ride from my home in the southern part of the Golden State. I was instantly captivated by the aquatic maze called the Sacramento River Delta, home water for the event. Even more compelling was the group of people I met — some from official Big Cat headquarters in Discovery Bay, others from various communities in the area — during the event. Never had I received such a warm welcome from a such a close-knit community.

Among the folks I’ve met through covering the Big Cat event during the years is an exuberant guy named Chad Schriefer, who lives in Sacramento, Calif., and runs a 29-foot Fountain sportboat with his father, Bob. If you’re part of the offshoreonly.com community, you know him as Precision Details, an outspoken message board presence with a fondness — and that’s putting it lightly — for Skater catamarans. Schriefer is an online character, no doubt, in the form of Precision Details. And thanks to the Big Cat and Desert Storm events, I’ve been able to put a face to his names and we’ve become friends.

Schriefer takes his screen name from an automobile and powerboat detailing business he owned before joining The Polishing School, an automotive detailing products supplier, which earned the International Detailing Association’s 2017 Detail Products Supplier of the Year award, in Sacramento. The company has long carried the vaunted P&S line of professional detailing products. 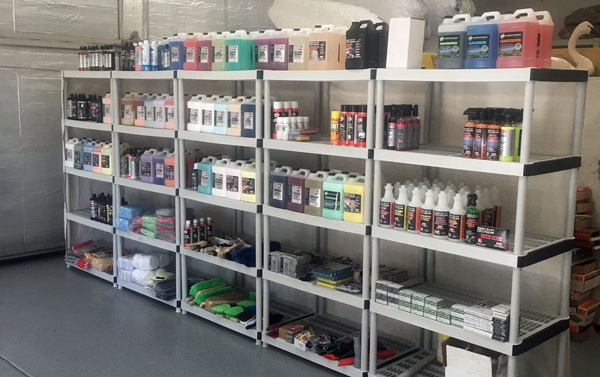 The Polishing School offers an array of cleaning and detailing products.

With the launch of its new website, now the company is offering those products to consumers nationwide.

“Almost all of these products can be used on boats,” said Schriefer. “One of the many I think will be a hit with boat owners is our Xpress Interior Cleaner, which is safe on everything. With all the Alcantara interiors happening now, that’s a really important product. We also offer a marine specific wax.

“DCB  Performance Boats has been using a lot of the products we sell,” he continued. “Before now, all of these P&S products have been gear toward professional detailers such as marine gelcoat repair shops. They’ve never been sold ‘over the counter’ before Now, they’re available to consumers through our website.”

While product distribution is The Polishing School’s core business, the team at the four-person outfit is more than willing to educate consumers in the specific and correct applications — marine and auto — for all the products it sells. For Schriefer’s part, there’s nothing more he likes to talk about, maybe with the exception of Skater cats, than detailing products and processes. He learned from the ground up, starting with is father’s Corvettes and hot rods when he was a kid.

“I’m super excited that The Polishing School is bringing these products to consumers through the new website,” he said. “And we have a few other really cool things we’ll be announcing after Desert Storm next week. I think people will be impressed.”

Editor’s Note: Those interested in purchasing products from The Polishing School should use promo code sotw. To enjoy additional photos of the P&S detailing products and various project, follow Schriefer on Instagram.