You are at:Home»Awesome»By Popular Demand 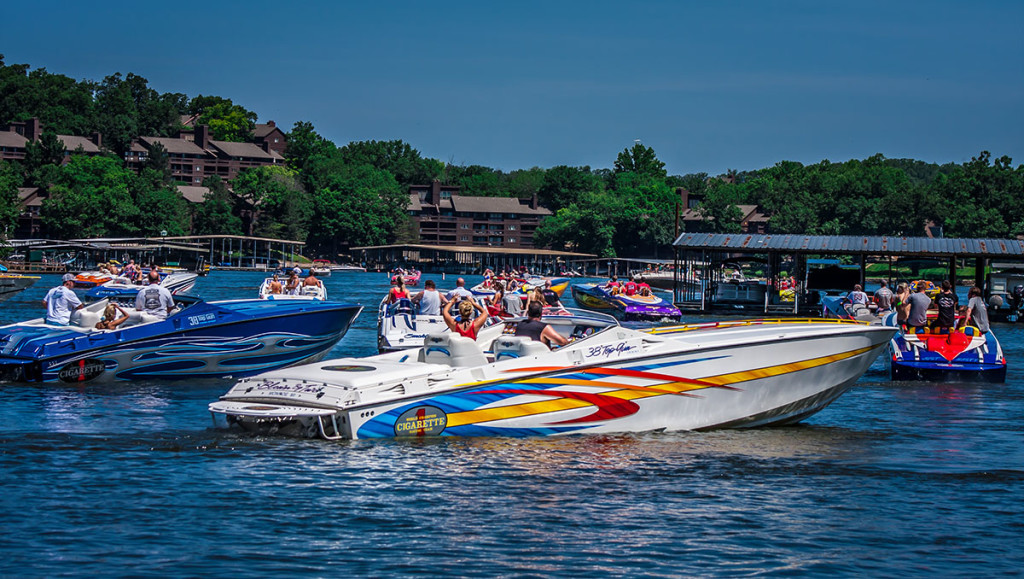 For the second year in a row, Performance Center is handling the Cigarette Rendezvous—and expectations are high. (Photo by Brad Glidewell.)

The last time Jim Kirkland of Lakeland, Fla., attended a Cigarette Racing Team Owners Rendezvous, the vaunted sportboat company was located at its original, dilapidated digs at the 188th in Miami. That was in either 2001 or 2002, as Kirkland, who owns a 38-foot Cigarette Top Gun sportboat built in 1993, recalled, and there was no need to bring a boat.

“It was really just a party one night with a dinner—they had it in the lamination shop— and they gave away a bunch of prizes, apparel, overnight bags and so on,” he said. “But it was a great place to have your Sea Race book. All the old-schools guys like John Crouse [the author of Sea Race], Richie Powers and Knocky House were there. I got like 20 autographs in my book that night.”

Next time Kirkland heads for a Cigarette Owner Rendezvous, more specifically June 17-19 at Performance Boat Center in Osage Beach, Mo., he’ll be bringing his boat and his wife, Patty. Of course, he’ll have to trailer his vintage 38-footer more than 1,100 miles to get there, and once the event is over he’ll haul the boat to Marathon, Fla., so he can catch the Super Boat International race the following weekend. Then it’s back to Lakeland for the couple. By the time he’s home, Kirkland will have hauled his boat more than 3,000 miles. 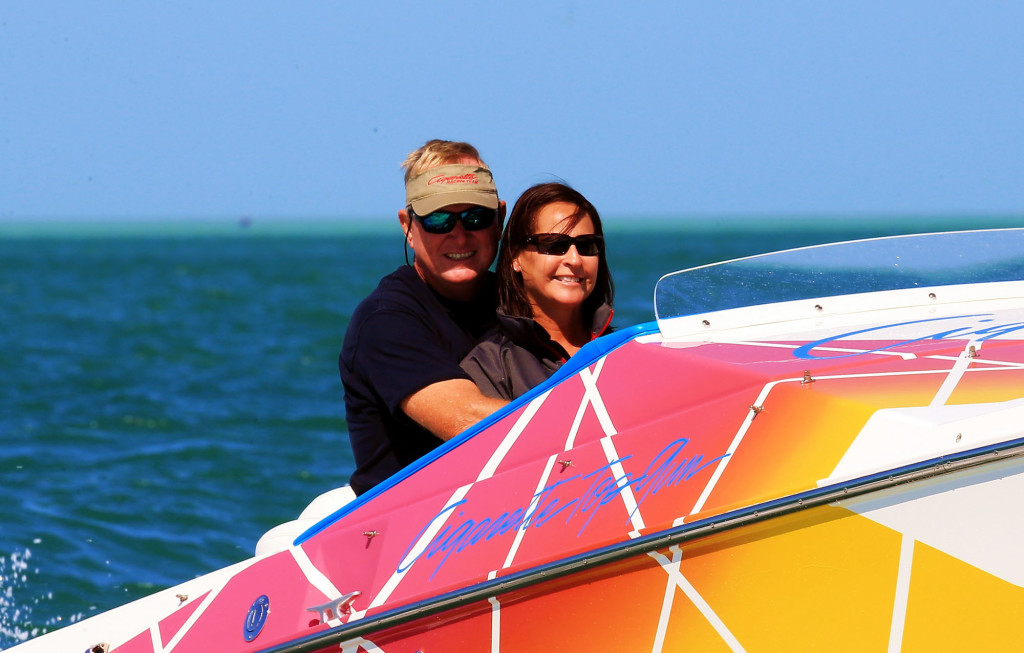 Owners of a 1993 Top Gun, Jim and Patty Kirkland will trailer their boat more than 1,000 miles to reach the event. (Photo by Pete Boden.)

So why bother with all the road miles when a world of great boating opportunities and destinations is at his doorstep? Because a good friend, photographer Pete Boden, told him he’d enjoy it, and because Kirkland has a well-developed sense of adventure.

“Pete said, ‘Hey, this thing was great last year, you need to go show off your boat,’” said Kirkland. “It’s going to be long tow, but Pete said he wanted to ride out there and back so we’re going. Another older Cigarette, the Lock and Load boat owned by Mark Pickett, will be going with us.”

Of course, there are a lot of other good reasons for Kirkland to head for the weekend-long Cigarette Rendezvous, the second in as many years on the Lake of the Ozarks. Perhaps chief among them is that Performance Boat Center, which more than demonstrated its ability to handle the event last year, will once again play host to Cigarette owners and their guests from around the country. And that’s good enough for Cigarette Racing Team owner and chief executive officer Skip Braver, who is working closely with Performance Boat Center principals Mark Waddington and Brett Manire to ensure this year’s rendezvous raises the standards set last year.

“We’ve never had back-to-back rendezvous, at least since I’ve owned the company,” said Braver, who will once again attend the event. “Everything Performance Boat Center does is very professional. Brett [Manire] is handling all the logistics. He wanted to commit to doing this one the day after the last one.” 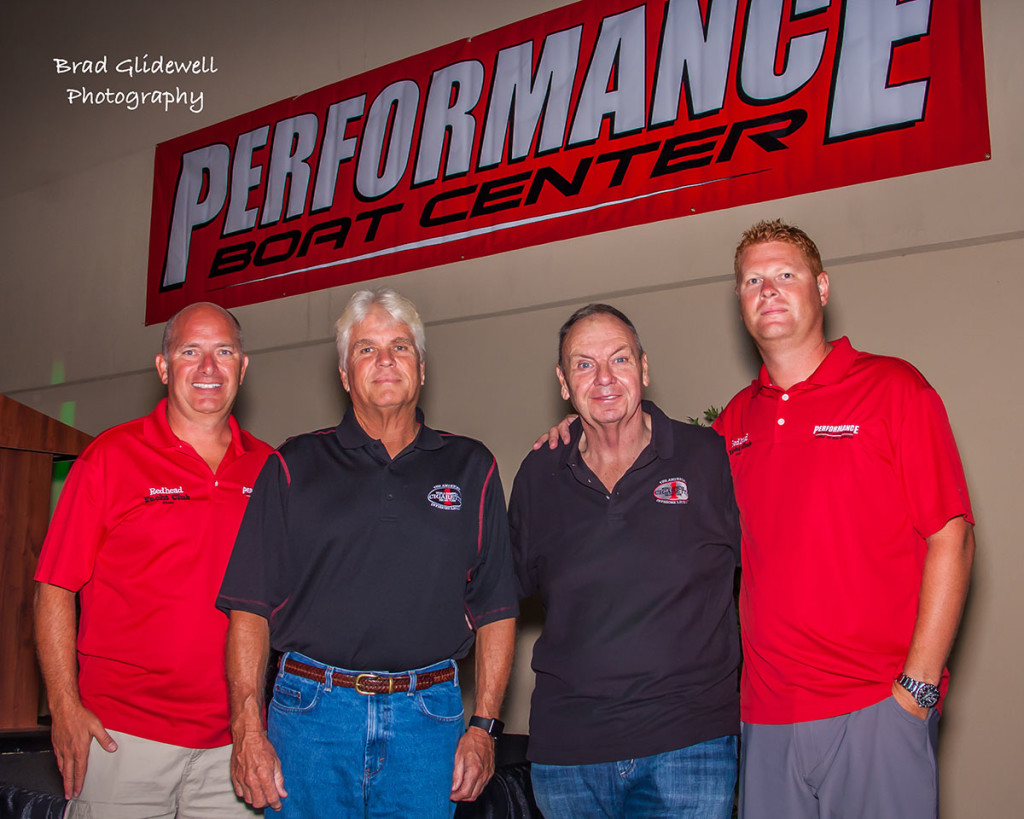 As if the success of the first Lake of the Ozarks event and the commitment of the Performance Boat Center crew weren’t enough to convince Braver to let them handle a second rendezvous, the response to the first one and the demand for a second, he said, were overwhelming.

“The amount of calls we received from people wanting us to have it again were unbelievable,” he said. “We’ve never had anything like it from a poker run. But the complaint was we didn’t give people enough notice last time. Well, now we’re giving them notice.”

Braver said he expects another broad mix of new and vintage Cigarette sportboat, not to mention performance center consoles, to be at the 2016 event. (“By the time June rolls around, I’m not sure where the Cigarette-AMG 41 SD GTE will be so I can’t say it will be at the rendezvous,” he said.) All are welcome, he explained, because like their owners all are part of the company’s legacy.

And that should make folks such as Jimmy and Patty Kirkland feel right at home.

“I think it’s very cool that some of the older Cigarettes will be coming again,” said Braver. “In this industry, I think sometimes company’s forget about their roots, and we don’t want to do that. Yes, we build performance center consoles but we are a performance boat company and we are not abandoning the performance boat market at all. So we’re very excited about the rendezvous.”