While there are plenty of noteworthy photographers chronicling high-performance powerboating, none puts in more time—and time on the road capturing events—than Pete Boden of Shoot 2 Thrill Pix in Sarasota, Fla. Boden’s work is as consistently good-to-excellent as it is far-reaching, and as the chief photographer for speedonthewater.com he never fails to deliver images on time, meaning yesterday, for the daily go-fast boating news site.

Take his recent performance capturing the Super Boat International Offshore World Championships in Key West, Fla. Boden didn’t miss a thing, including the final-race rollover of the Victory team No. 3. In fact, he nailed an entire sequence of the accident, which left no one injured but was spectacular. That killer sequence capped an entire week of excellent photo work. 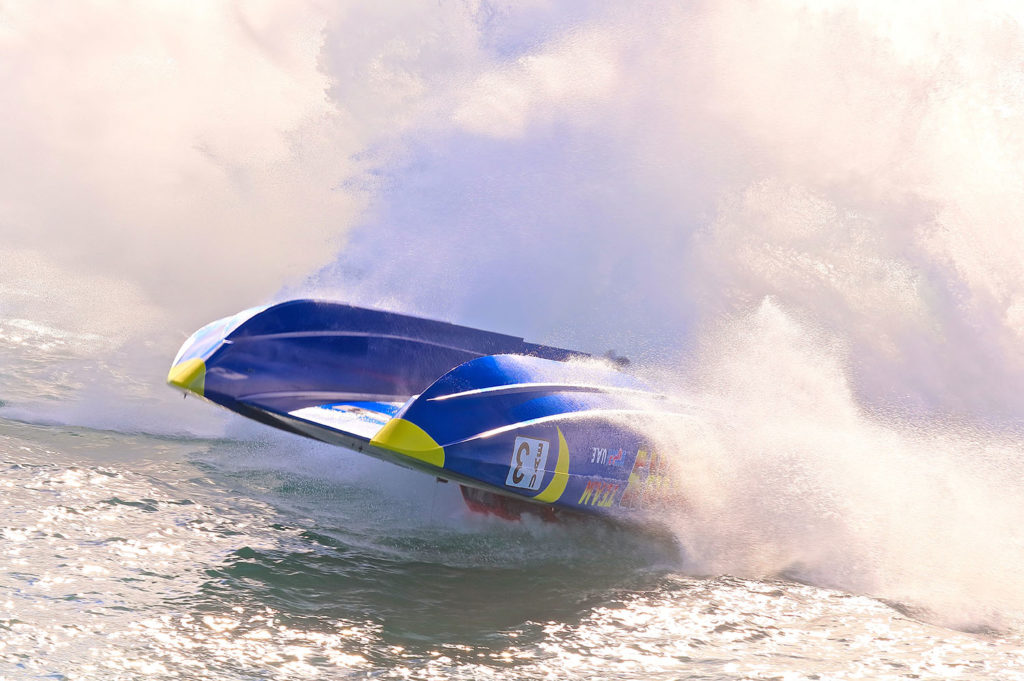 But Boden isn’t done yet. This weekend, he heads to Englewood Beach, Fla., to shoot the Offshore Powerboat Association Offshore World Championships. And he’s sure to line up a few more shoots in the Sarasota area before the year ends.

Though he’s completely self-taught as a photographer, Boden brings a whole lot of technical expertise to his work. You won’t, for example, find “frozen” propellers in his shots because, as he says, “That’s not how they look when a boat is in the air.” He knows how to fill a frame but also knows how to pull back and capture the bigger picture, pardon the pun, when it makes sense.

Knowing the weather wasn’t going to cooperate for the 2018 Joey Gratton Memorial New Year’s Day Fun Run, Boden organized a memorable shoot the day before it.

In short, Boden knows how to tell a story through a photograph. Technically and artistically, he makes good choices.

Knowing that the annual Joey Gratton Memorial New Year’s Day Fun Run in a Sarasota likely was going to get weathered out, Boden thought on his feet, hired a helicopter and organized a group of primarily catamaran owners to run for him the day before the Gratton event. The results were sensational, some of the finest work he has ever done. 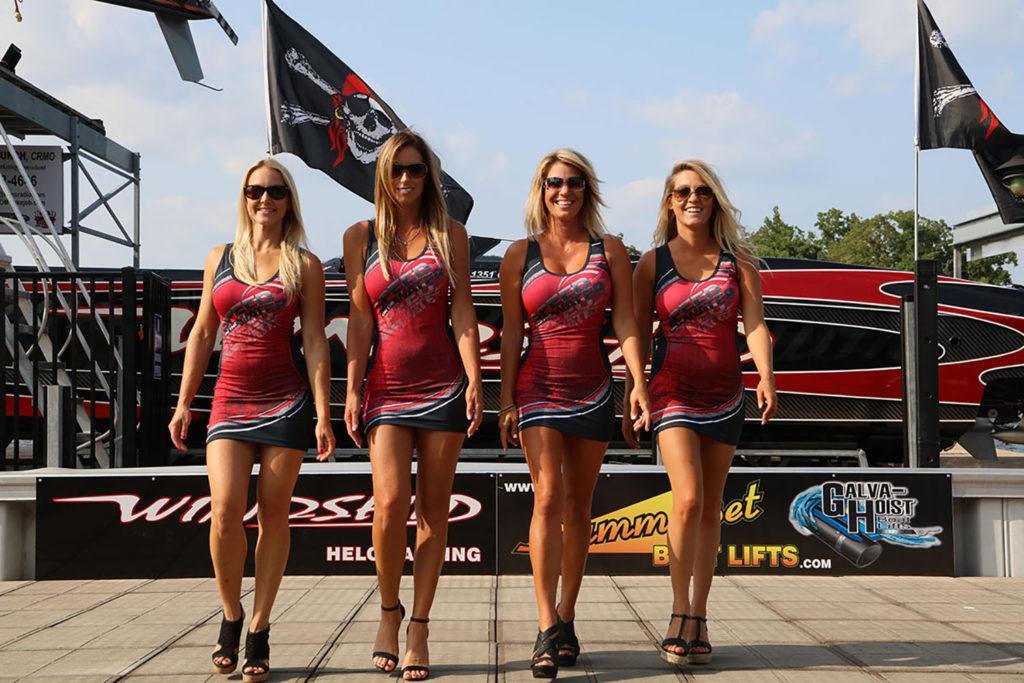 As anyone who follows his work knows, Boden isn’t afraid of photographing beautiful women in the high-performance boating world.

Ploughing into the daunting task of putting together the 196-page, 2018 Speed On The Water Year In Review print magazine—our fourth collectible issue—co-publisher Jason Johnson and I have been looking at thousands of images. Most of them from Boden, and we’re blown away at how consistently amazing they are. It doesn’t make photo-editing and selection easy. But that’s a high-class problem, right?

Online or in print, Boden’s photos capture and define the best of the high-performance powerboating world. His focus is absolute and his work ethic is relentless. And he’s only getting better.