You are at:Home»Awesome»Great Race, Great Record 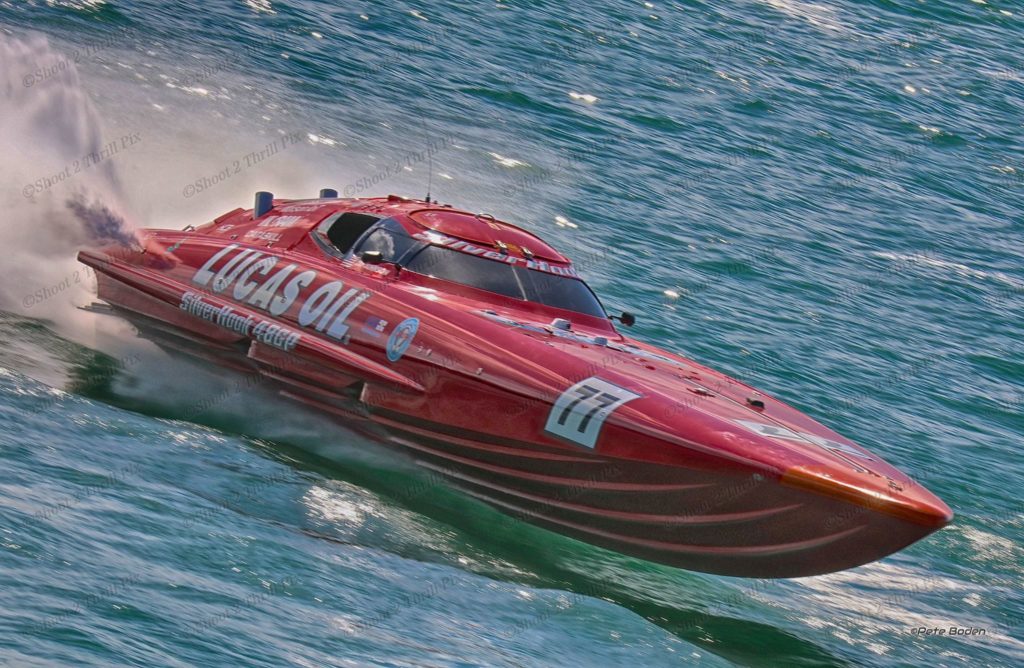 It’s considered to be one of the most grueling offshore races in the world: the legendary Trinidad & Tobago Great Race gears up for a mega milestone as more than 40 teams converge on this Caribbean locale to celebrate its 50th anniversary August 18th.

The one-way endurance race boasts a challenging course that gets the green flag in Trinidad at the Port of Spain, navigates around the island, before heading across the open waters to the finish line in front of Store Bay, Tobago. As driver Jay Johnson said, “When the challenge was presented to us to compete in The Great Race, we gladly accepted.”

The event, which launched its first race back in 1969, is one of the longest consecutively held powerboat races in the world. “The consistency of this race is equivalent to our Key West World Championship,” Nigel told me.

During his 30 year racing career, Nigel Hook has scored an impressive track record with a resume that reads multi UIM speed records, national and world titles. After a successful record-setting run last year from Key West-Cuba, Hook wasted no time looking forward. “We’re always looking for something each year.”

When the team reached out to the Trinidad and Tobago Power Boat Association (TTPBA) and the Union Internationale Motonautique (UIM), that’s when “something” became a reality: the historic race is on the UIM’s 2018 calendar as a sanctioned speed record. “We’re upping the ante this year – there are very few venues which have achieved such a long legacy and now, with a UIM World speed record being established alongside The Great Race, a unique opportunity has been created,” Nigel explained.

When we talked last week, Nigel focused on several key aspects that lend to a challenging mix for the team. “I’m very excited about The Great Race…this is very different. It’s a race and a record run together, so there are two different strategies taking place in the same event. We have to beat the other boats and beat the clock.”

Other elements that play major roles are water conditions and navigation. “When you race, water is water, but I have learned through the years, that you have to respect the various water conditions,” Hook explained. “This is an interesting course because we have islands in between, with water funneling through and this changes things. It’s very different from what we have here.”

As for navigating a course that’s approximately 100+ miles point to point, Jay reflected back to  offshore’s golden era of ocean racing days. “We cherish the opportunity to once again take offshore powerboat racing back to its roots and navigate the open seas in a bow-to-bow competition.” 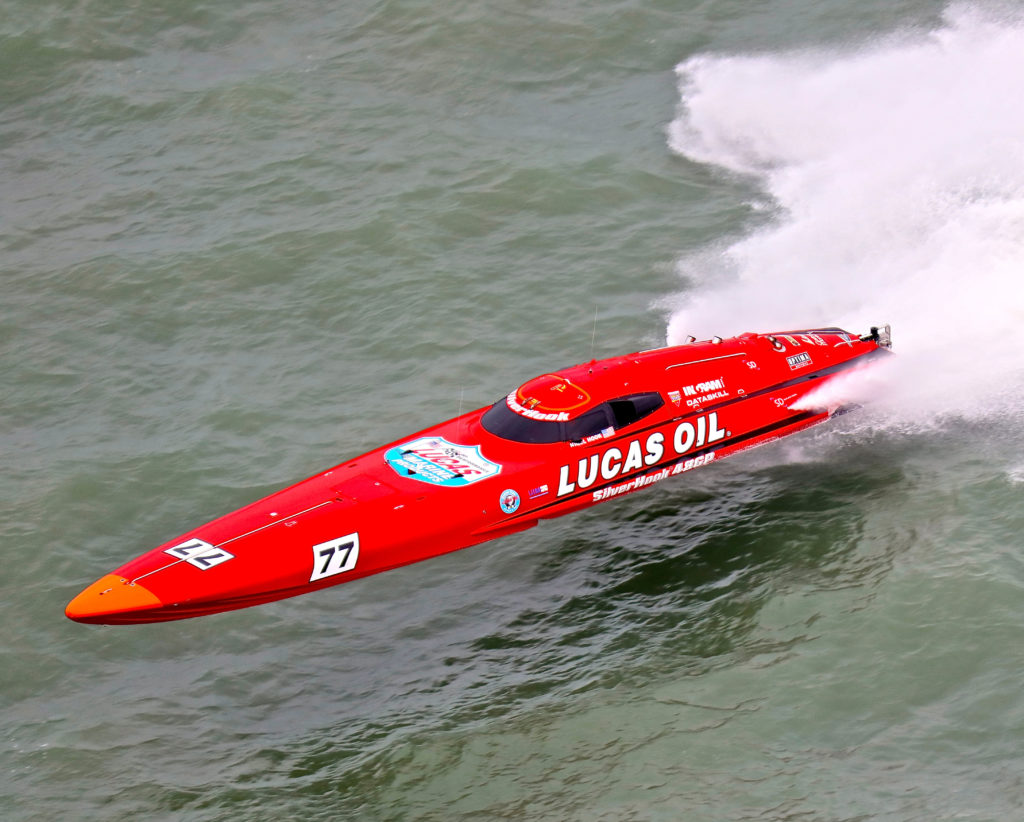 “The local competition is experienced in both aspects of this course: open water racing and navigating,” Nigel Hook. Photo by Pete Boden.

The #77 Lucas Oil SilverHook is one of many in this year’s competitive fleet including at least six of the world’s fastest catamaran hulls – Victory, Skater, Mystic and Doug Wright, as well as the iconic Fountain emblazoned Cat Killer (the only other V-hull registered), which Hook describes as ”an awesome boat and formidable competitor. It will be a really good test for us, especially in big water.”

Plans call for Hook and Johnson to take a pre-race test run next Thursday and if needed, Hook says adjustments can be done Friday. “This will be a great challenge because frequently only 50% of the competitors make it to the finish line.”

Satcom Direct rejoins the team via fully integrating satellite equipment with the t3lemetry system supporting live broadcast of data and audio from the command center during The Great Race. The provider of global connectivity solutions affords unique access via www.t3lemetry.com to fans worldwide at 7AM EST as they watch the speeds, GPS position, engine data, heart rate and listen to shore-to-cockpit conversations on board the Lucas Oil SilverHook. “This technology engages the people to watch us as we compete.”

Although he’s always looking to a future marine challenge because “there’s always a bigger, better adventure out there,” Nigel says “one of the greatest things about our sport is friendship … we have life-long friends from various parts of the world because we share a common passion.”