After spending a couple of days with my father, Don Johnson—no not the Miami Vice star but that doesn’t stop photographer Pete Boden from cracking up every time my dad calls during the Miami International Boat Show—I realized how lucky I was to be able to spend Father’s Day with him this year.

It had been a few years since that happened. Plus, after a handful of interviews I did hoping to inspire a column about all of the fun the fathers and sons I know in this industry had last weekend, it was clear to me that I was pretty fortunate because many of them didn’t get to spend the day with their respective father or son.

I can’t speak for Ken and David Warby—the Australia family members who I wrote about yesterday on speedonthewater.com because David is eventually going to attempt to break his dad’s world water speed record—about whether they got to spend the day together, but I know a few of offshore racing’s best-known father-and-son teams were a little too busy to meet up. 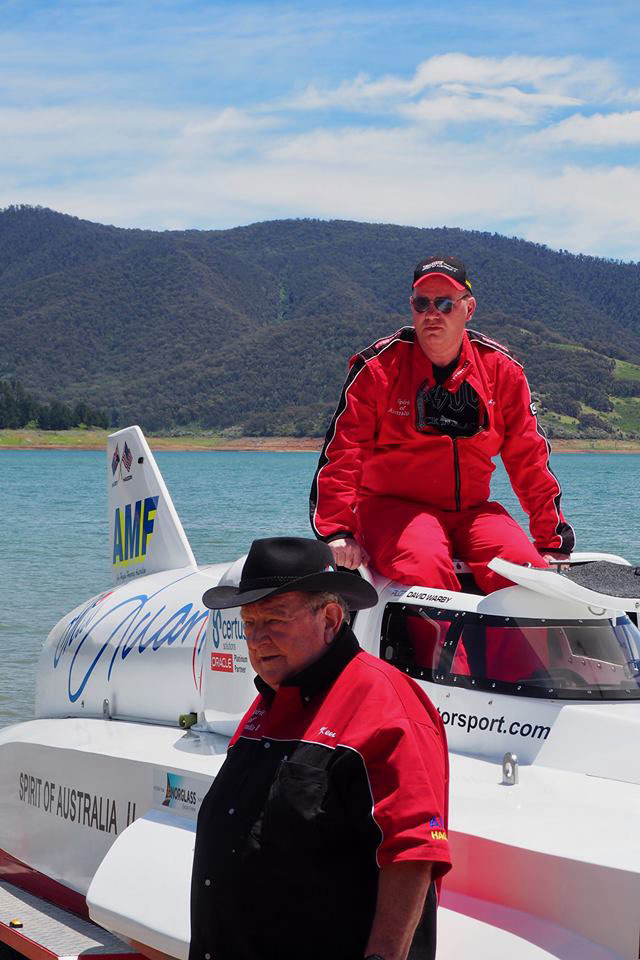 Steve and Stephen Kildahl of the Scott Free Racing/Boatfloater.com team had too much work to get done as did the Allen Lawn Care and Landscaping duo of Bill and Andrei Allen. The same thing could be said for Jason and Johnny Saris, both of whom have been super busy at their shop—Saris Performance Marine in New York—as well as playing gigs with their respective bands. 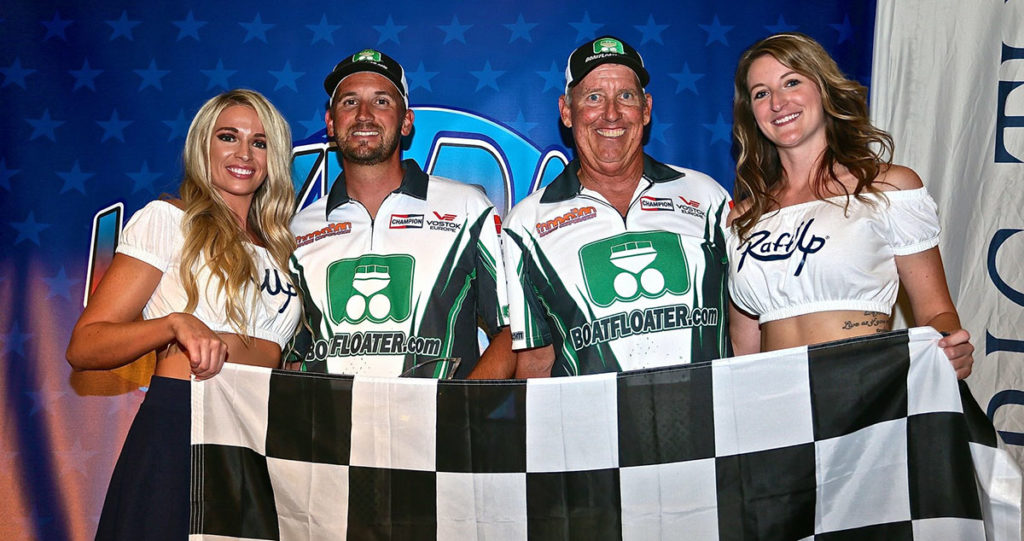 I also reached out to William “Billy” Moore—one of the sons, along with Reggie Fountain, III, featured in Matt Trulio’s column “In Their Footsteps” from March—and he wasn’t going to get to see his father, legendary offshore racer Bobby Moore, as he was in Florida not back home in North Carolina. 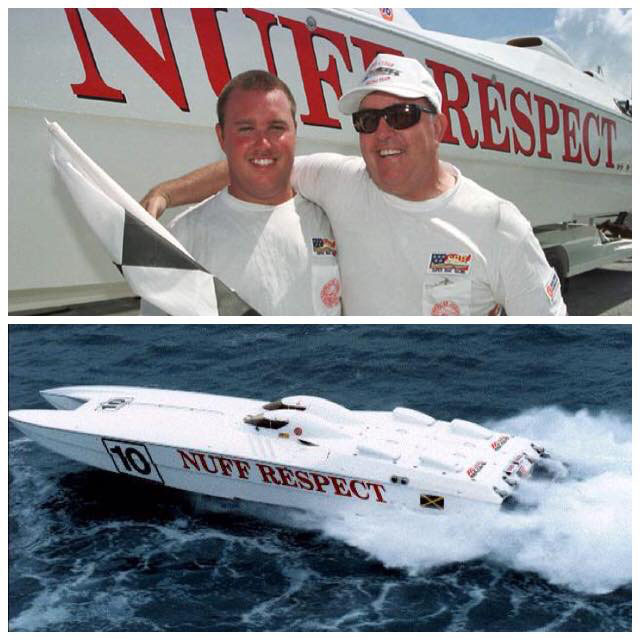 Although he didn’t get to spend the day with his father, Bobby Moore (right), Billy Moore shared this picture on Facebook from one of the times he raced with his father in the Nuff Respect boat.

Like so many other motorsports or high-performance lifestyle activities, the apples don’t fall from the trees in this sport. Many of the people I interview on a daily basis got into boating because their parents introduced them to it. Just look at families like the Seebolds—the royal family of boat racing—and the Fountains. Whether it’s racing, driving or fixing boats, it’s in their DNA to want to push the boundaries.

It happened with the late Mike Fiore, who founded Outerlimits Offshore Powerboats after growing up around his father, Paul Fiore, at Hustler Powerboats. It also happened to Fred Inman, Jr., who is running IMCO Marine, the company his father started in 1976. The list goes on.

Tres Martin has his father, Ralph Martin, to thank for his involvement in performance boating. Ken Fauntleroy followed in Bill Fauntleroy’s footsteps, making life jackets out of the Lifeline Race Gear facility in Parker, Ariz. There’s also Skip and Chad Braver of Cigarette Racing Team, Gene and Mike Willen of Howard Custom Boats, Art and Dustin Whipple of Whipple Superchargers, a long list of the Porter family father and sons who work at Formula Boats, and many others who went into the family business.

Last but not least, I’m dedicating this column to Zane Salber, who had to spend his first Father’s Day without his dad, Michael Salber, after the Sanford Fire Department Lieutenant died in a boat racing accident in Jacksonville, Fla., earlier this month. Hopefully Zane and his family had a solid support system around them last weekend because I’m not sure what I’d do if my dad wasn’t around for Father’s Day.