You are at:Home»Awesome»Second Lives And More

During a recent 10-day trip to Sweden to cover a pair of poker runs, I didn’t see one brand-new high-performance V-bottom or catamaran. In fact, I’m reasonably sure that the newest boat I encountered was a 2014 Outerlimits SL 44 that transported my hosts and me on an unforgettable day trip into the Stockholm Archipelago. 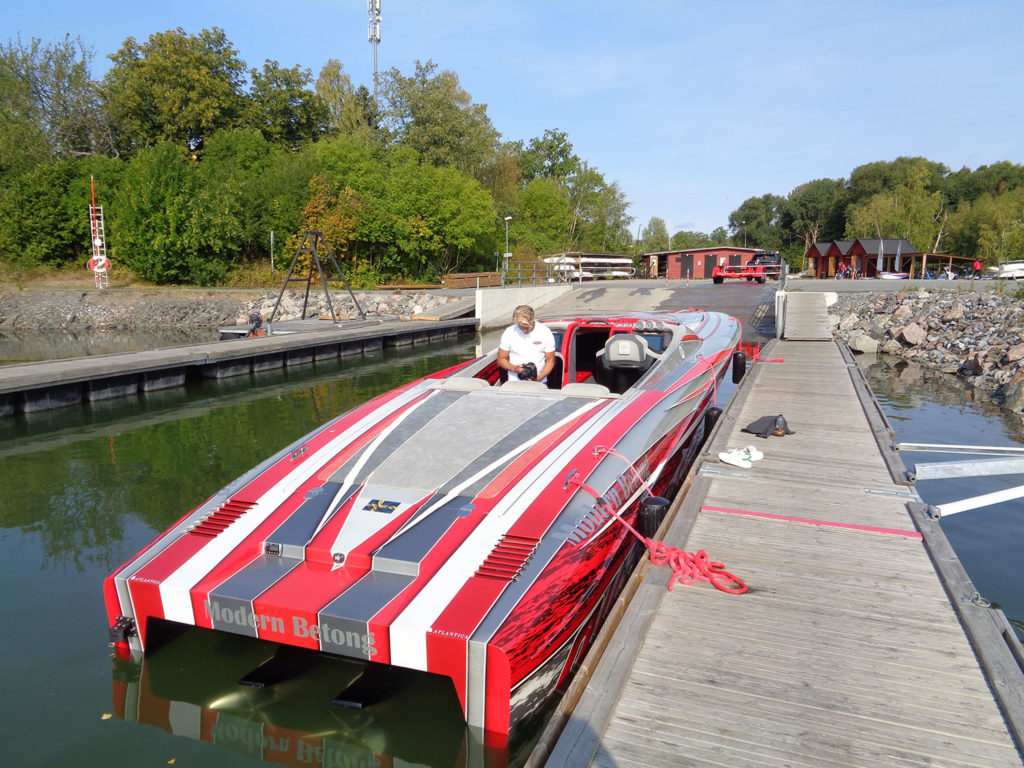 For any number of excellent reasons, pre-owned high-performance powerboats such as this Outerlimits SL 44 owned by Carl-fredrik Söderberg attract buyers in the European market.

That doesn’t mean the Northern European go-fast powerboat market—and with a region leading six to seven poker runs a year Sweden presents a solid baseline for comparison—is necessarily “behind” the United States market, where it all begins. There are far more used performance boats on the water here, too, than 2017 and 2018 model-year products.

Just take a look at the images from last weekend’s Offshore Powerboat Association Traverse City Invitational Poker Run in Michigan. Now, count the 2017 and 2018 new model-year catamarans and V-bottoms in those photos. Then do the same thing with the Boyne Thunder Poker Run—also in Michigan—and the 1,000 Islands Charity Poker Run in New York.

Three of the summer’s hottest were downright loaded with older boats, right?

Hey, I dig the new stuff as much as you do, maybe even a little more because it moves the needle in reporting and coverage. But the simple truth is that new catamaran and V-bottom builds, with the exception of performance center consoles and sport catamarans, are fewer and farther between.

For any number of reasons including astronomical import duties, higher ownership costs such as fuel—about eight dollars a gallon in much of Northern Europe—and so on pre-owned boats make more economic sense than brand-new offerings across the pond. (Southern Europe, the playground of the uber-wealthy, presents a noteworthy exception, particularly for the Cigarette Racing Team brand.) When the barrier to entry and ongoing participation costs are higher, it makes sense to spend less for an asset on which someone else—meaning the original buyer—already has taken the biggest depreciation hit.

Yes, the European performance-boat market is smaller than ours. And—so what?

Which brings me back to the 44-foot Outerlimits, powered by a pair of Mercury Racing 1350 engines, that transported my hosts and me to the 33,000-island Swedish gateway to the Baltic Sea. Carl-fredrik Söderberg, a Stockholm-based businessman whose last boat was a pre-owned Cigarette 39’ Top Gun powered by twin Mercury Racing 1075 SCi engines, took delivery of the SL 44 a little more than four weeks ago. (His 39-footer went to another Swedish powerboat enthusiast.)

Looking for a new (to him) ride, Söderberg reached out to Dan Kleitz at Outerlimits. Kleitz, in turn, helped him find the 44-footer, which was for sale by its Lake of the Ozarks, Mo.-based owner. In turn, that owner ordered a new 50-foot Outerlimits, which currently is under construction, from the Bristol, R.I., company.

Like every performance-boat owner I met in Sweden, Söderberg has a passion for the hobby that rivals that of his North American counterparts. The guy lives it and breathes it, and he’s damn good behind the wheel. Trust me when I tell you that he’s not looking forward to the fast-approaching end of the Swedish boating season.

Plus, Söderberg already is gently floating the idea of his replacing his SL 44 with its previous owner’s new 50-foot Outerlimits should it come on the market in the next few years. It’s a notion that gets his longtime partner Åsa Wahlström’s eyes rolling.

The point of all this? Not only does the European market for pre-owned U.S.-built powerboats bring them across the Atlantic and fuel passion there, it helps fuel new- and used-boat sales right here.