You are at:Home»Awesome»Taking the Title 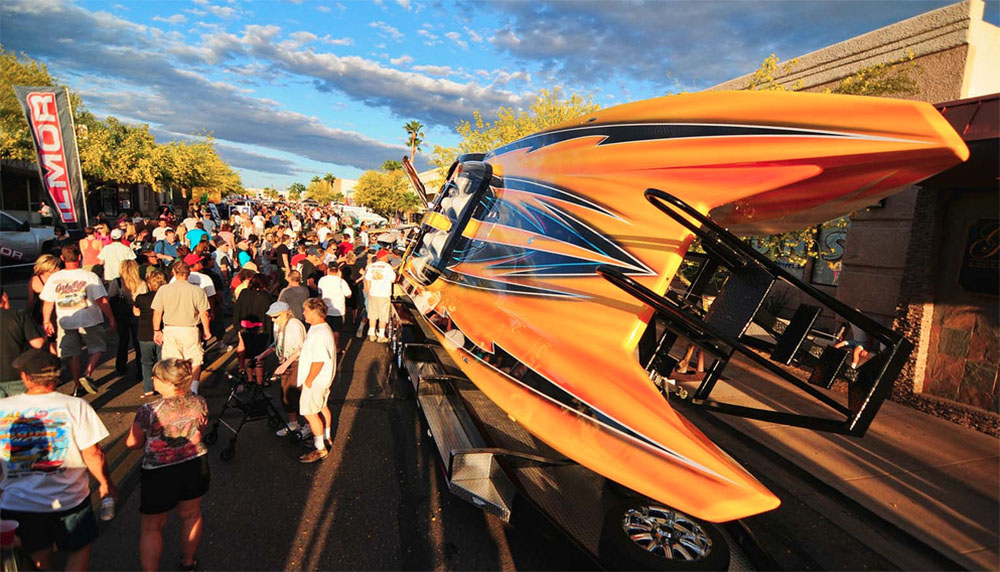 Short and to the point, the producers of the prestigious Desert Storm Poker Run in Lake Havasu City, Ariz., announced on Monday that the event, which takes place April 26-30, has a new title sponsor to complement the continued support from several longtime sponsors. According to Desert Storm founder Jim Nichols of Lake Racer LLC and his business partner Jim Russell of DSM Events LLC, the largest performance boating event in the western United States is now branded as the 2016 Spectre Powerboats Desert Storm Poker Run presented by Shugrues Family of Fine Restaurants.

Joining the major support provided by Shugrues and the Lake Havasu City Convention and Visitors Bureau, the Florida-based catamaran builder was looking for some reenergized brand recognition for its new 30- and 32-foot cats, and decided that next month’s Desert Storm Poker Run, which includes a day of charity rides, a street party, a poker run, a top-speed shootout and the two-day “Power in the Park” festival, was the place to do just that.

“When I purchased the company a little more than a year ago, one of the things I wanted to do was get more involved from a manufacturer standpoint with some events,” said Chris Ivey, who bought Spectre in January 2015 (read the story). “We had an awesome time at the 2015 event and we went back to Lake Havasu in the fall for the Monster Bash Poker Run and had a good time there, too. So this year we decided we needed to bring more attention to the brand and put the spotlight on our redesigned 32, which we are going to debut at the event, and hopefully generate some sales.” 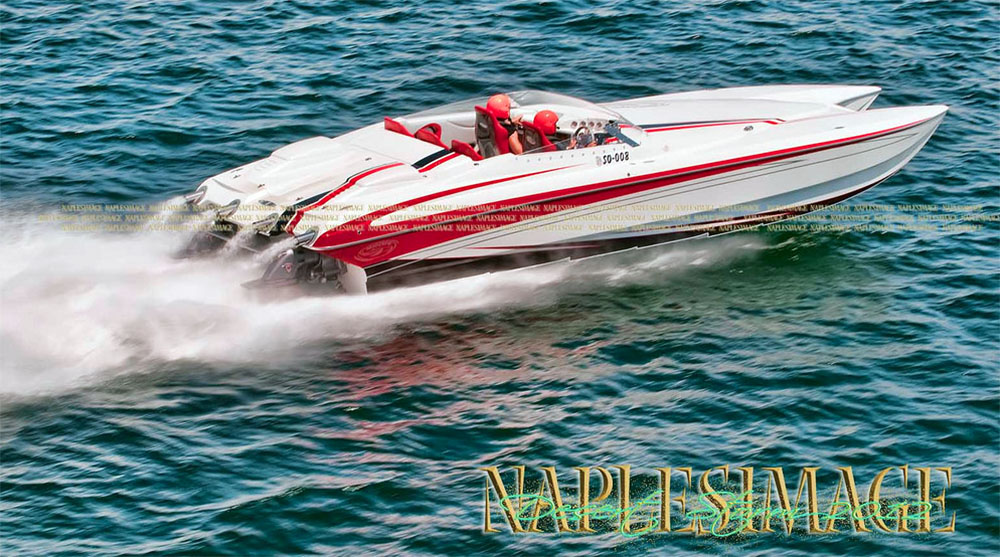 Although Spectre is a Florida-based company, the brand has always had a strong following on the West Coast, especially at Lake Havasu.

Ivey, who believes Lake Havasu could be a hotbed for Spectre models, said the stylish 32-footer, which is powered by twin Mercury Racing Verado 400R outboard engines, will be front and center at the street party on Thursday and in the water for the poker run on Friday at the Nautical Beachfront Resort docks. He said the team at the shop is also working on a redesigned 30-foot cat but that it won’t be complete in time for Desert Storm.

“We know there are several Spectre owners on Lake Havasu so we’re hoping a few of them will come join us this year as we showcase what the new Spectre is all about,” Ivey said, adding that there will be shirts and other items available for purchase during the street party. “Mainly we just want to let people know that Spectre is back and here to stay with fresh designs on extremely proven hulls.”

Nichols, who said he knew of at least two Spectre owners signed up for the run who might want to show off their boats at the street party alongside the new model, was pleased to see a boat manufacturer step up to be the title sponsor of Desert Storm. Prior to Spectre, the only two title sponsors in the event’s 16-year history had been IMCO Marine and Teague Custom Marine.

Nichols also credited the major sponsors, along with the ongoing support of many folks in the marine industry and local community, for allowing Russell and him to continue to expand the activities that have made the event one of the best in the performance boating world. The street party is arguably tops in the country, and with the additional support this year, the Power in the Park Festival is expected to be an extension of the street party as many vendors and displays will move from McCullough Boulevard on Thursday to Rotary Park on Friday and Saturday. Open to the public, the beach party includes Grand National boat races, PWC freestyle demos, a burnout contest, live music and more.