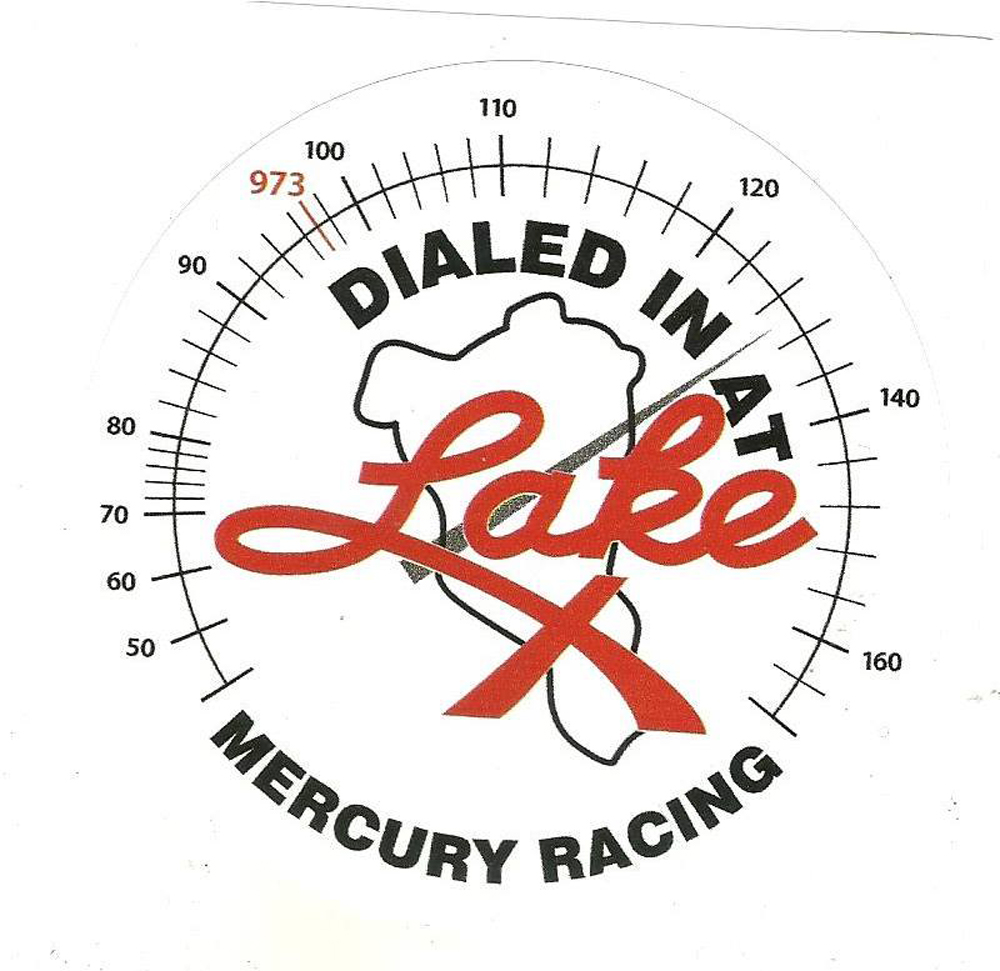 At one time, this sticker was among the most coveted additions to any high-performance powerboat.

With everything cool that was unveiled during the 2018 Miami International Boat Show, which closed yesterday, I almost forgot something cool that happened before the show opened. During a media event last Wednesday night in Miami, the Mercury Marine brass announced that the Fond du Lac, Wis., marine engine and accessories company was re-opening Lake X, which closed in 2004, in Central Florida.

For those of you who’ve never heard of it — and I’d have to guess there’s an entire generation of high-performance powerboat enthusiasts who haven’t — Lake X was where you sent your new Skater or Cigarette or any other catamaran or V-bottom to get “dialed-in” (for a fee of course) by Mercury Marine/Mercury Racing technicians for maximum performance. Once the process was complete, you even got a sticker for your boat that read, “Dialed In At Lake X.”

No question, the entire Lake X experience and process, which started in 1957 when Mercury Marine founder E. Carl Kiekhaefer had it designed and built, was great marketing. Having that sticker on your boat meant you were dead serious about getting every last bit of performance out of your boat. It was, in short, a badge of honor.

But it was more than that. Independent setup experts, guys such as John Tomlinson, Bob Teague and Grant Bruggemann, simply didn’t exist when the visionary Kiekhaefer launched his dream setup and testing facility. At 12,000-acres — 1,440 of which are Lake Conlin — Lake X wasn’t just the place for that kind of fine-tuning. It was the only place.

To put the new facility on the map, so to speak, the year it opened, Kiekhaefer launched a 50,000-mile, weeklong endurance event that involved two boats running continuously on a closed 5.8-mile course, 24 hours a day. Not only did the project make marine industry history, it made headlines. It was a savvy public relations move.

But back to the future. At just three miles long, one mile wide and six miles around, the lake is much too small for pursuits such as top-speed setup testing of most of today’s high-performance catamarans and V-bottoms. The boats and their capabilities have simply outgrown the small Osceola County waterway. But Lake X still offers plenty of value for Mercury Marine.

“Returning to Lake X is an opportunity to build an immersive brand experience around that heritage and capitalize on the popularity of the Mercury brand,” said Michelle Dauchy, Mercury Marine chief marketing officer, in a press release from the company. “We have been able to host customer and media events as well as take advantage of the lake to test product.”

In 2019, Mercury Marine will celebrate is 80th anniversary. Don’t bet against Lake X playing some kind of role in that celebration. In the meantime, it’s kind of wonderful to know that Mercury’s legendary Lake X facility is back in business — and that history isn’t forgotten.

“We hear stories all the time about folks who worked for Mr. Kiekhaefer and their wonderful experiences at Lake X,” said Dauchy. “We want to create new memories and build on our heritage of performance, reliability and to merge together our new ‘Go Boldly’ brand cache with almost 80 years of history.”