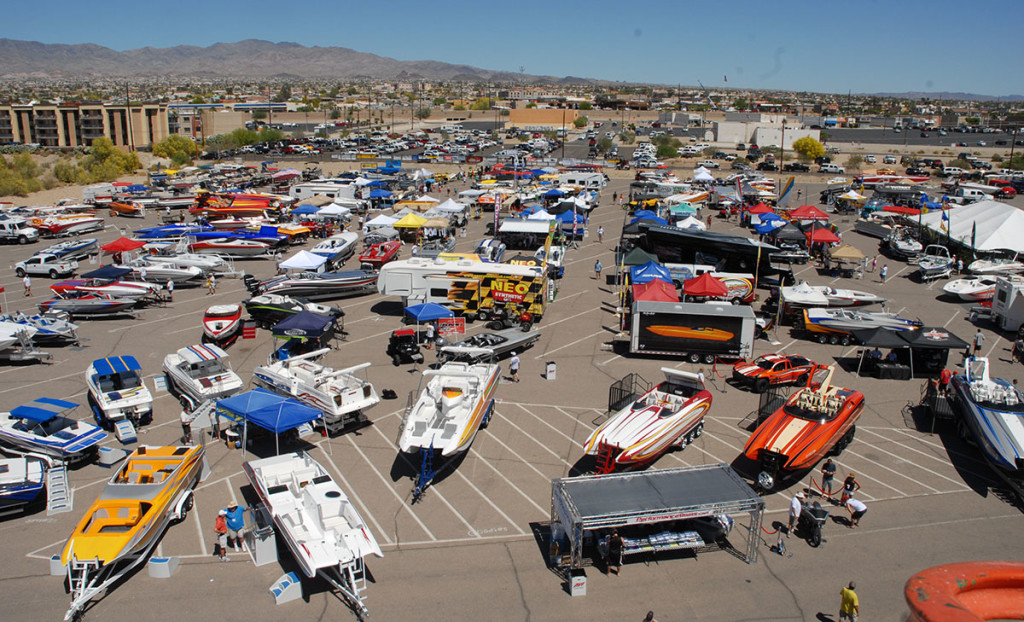 Organizers of the Lake Havasu Boat Show are expecting a great turnout of vendors and attendees for its 25th anniversary.

The excitement is building for this year’s 25th annual Lake Havasu Boat Show, which opens on Friday, April 8 and runs through Sunday, April 10, at Lake Havasu State Park, Windsor 4 on London Bridge Road. While I won’t be attending the event as I have plans back home and will be heading out to the lake that borders California and Arizona a few weeks later for the Desert Storm Poker Run, I will be keeping an eye on the Facebook pages for the show as well as the various companies exhibiting to see what’s going on out there.

If you’re a local, I don’t need to tell you that the show is worth the $5 price of admission for adults, but for those of you debating if it’s worth the drive from Southern California, Phoenix or Las Vegas, the answer is yes. And not just because there is a salsa contest and a chili cook-off that is held in conjunction with the show.

Because, when you look at the list of boat companies exhibiting and the fact that it takes place at the lake, the Lake Havasu Boat Show is a true boat show. Along with dozens of exhibits for accessories, engines, trailers and more, the list of manufacturers and dealers planning to attend is extensive. From Caliber 1, Cobra, Conquest, DCB, Domn8er and Eliminator to Hallett, Howard, Interceptor, Nordic, Shockwave and Ultra, the go-fast hardware on display should rival that of any show in the country not held in Miami.

At the show you can also catch up with companies such as IMCO Marine, Horizon Motorsports, Mercury Racing, Prestige Marine, Rigid Industries and Wozencraft Insurance. And if you’re interested in more than just performance boats, there will be plenty of pontoons, fishing boats, personal watercraft, jet boats, wakesport boats, kayaks, paddleboards and more available for your perusal.

The waterfront location of the Lake Havasu Boat Show provides an enticing atmosphere for buying and selling boats.

New for the 2016 show, which is presented by Frontier Communications and Mohave State Bank, is the Boat Show Beach Bash. The bash takes place Friday evening with a beer garden, cocktail bar, plenty of barbeque options and a live band performing classic rock favorites. The fun starts at 6 p.m., and the Beach Bash is free to everyone who purchases a boat show admission ticket earlier on Friday—for those interested in attending the Beach Bash only, there is a nominal $2 cover charge per person. 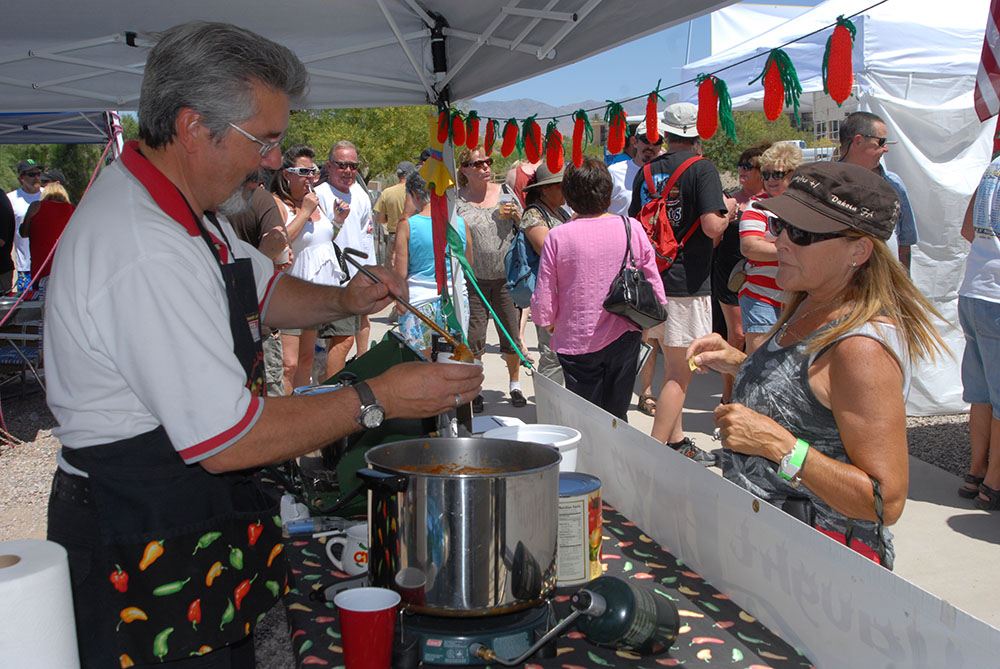 On Sunday the show is hosting its Family Fun Day, which features a People’s Choice chili cook-off, tasty fair-food favorites like hot dogs, cotton candy and kettlecorn, and a host of carnival games and activities. All proceeds from Family Fun Day benefit the Lake Havasu High School Athletic Booster Club, and kids 10 and under accompanied by a paid adult will be admitted free on Sunday.

Finally, if you’re interested in watching some of the fastest personal watercraft racers in the country reach speeds up to 70 mph around a challenging motocross-style course, be sure to check out the third annual IJSBA Jettribe Gary Hart Memorial PWC WaterCross races.

For even more information on the show, be sure to check out lakehavasuboatshow.com.