Starting tomorrow, powerboat enthusiasts who venture to Pomona, Calif., for the 63rd annual Los Angeles Boat Show, which runs from Jan. 10-13 at the Pomona Fairplex, are going to have some pretty cool new hardware to check out.

With all of the performance boats set up in “High-Performance Hall,” aka building No. 5, that should be the first stop. From that point, it’s your call what to check out first. Surely the brightest boat in the bunch—the new M44 Widebody from DCB Performance Boats built for well-known DCB customer Dave “Magoo” Megugorac—is going to get your attention. 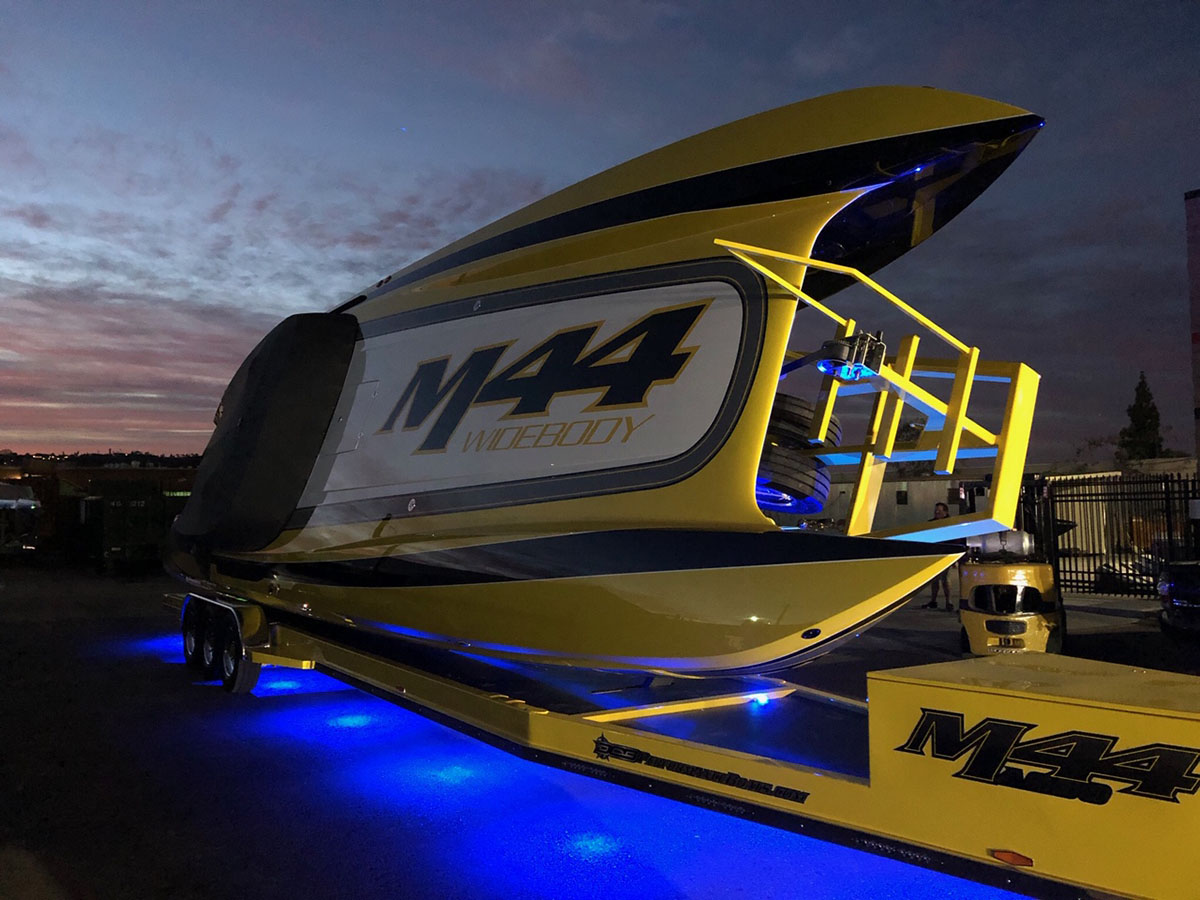 In terms of new boats to see, make sure to head over to the Nordic Boats display, which is also combined with Hallett Boats since the same company owns them. The Lake Havasu City, Ariz., builder has its new 35 Flat Deck catamaran powered by a pair of Mercury Racing Verado 400R engines on hand. While the boat did hit the water last week, it was pretty much just a shakedown cruise not for any kind of testing or dialing in.

Stop by and see Thane, John or Bob and be sure to check out the variety of deck boats, sport boats and sport cats Nordic has on display this year—the third year the show has been held in Pomona.

Among several Nordic models on display at the Pomona Fairplex, the new 35-foot outboard-powered cat is going to get a lot of attention this week. Photo courtesy Nordic Boats

Also a must-visit display is the one from Eliminator Boats, which is going to be loaded with six new boats, including a recently delivered 2019 27 Speedster powered by a Mercury Racing 600SCi engine. The booth includes two more 27 Speedsters, a 28 Speedster and two Fundeck models. Plus, this is the first public display for the Mira Loma, Calif.-based company since the new ownership group took over in mid-December (read the story).

Of course, don’t forget to check out the various part suppliers—CMI, CP Performance, Eddie Marine, Livorsi Marine and more—not to mention your favorite insurance agent, Devin Wozencraft and the members of his Southern California-based team at Wozencraft Insurance.

The show runs through Sunday (Jan. 13) and admission to the 63rd annual show is $15 for adults ($5 off with military ID) and kids 12 and under are free. Check the show website for show hours, directions, exhibitor listings and more.