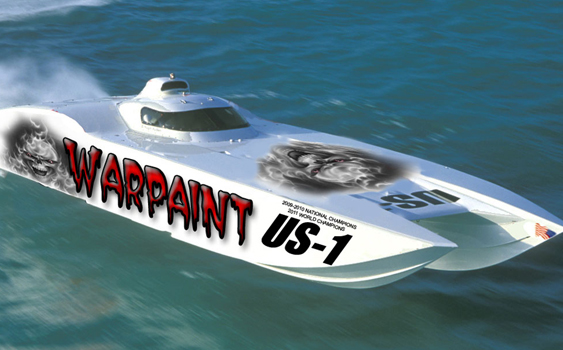 Team Warpaint will be campaigning a new catamaran from Marine Technology Inc., less than a year after crashing in Key West. (Photo courtesy of Team Warpaint.)

Although the Team Warpaint crew has been fairly quiet since its dramatic accident in Key West, Fla., during last year’s Super Boat International Key West World Championships, Bob Vesper and Danny Crank insist they’ve had every intention of returning to the racecourse this season from the day after last year’s crash on the last race of the championships.

The proof is in the new 42-footer built by Marine Technology Inc. that the two have been working on for the past several months to replace the team’s Michael Peters-designed Apache, the US-1 Warpaint built by Ontario Yachts.

Vesper, who owns and drives the boat, said he is hoping to have the boat ready in time for the Clearwater Super Boat National Championship in Florida at the end of September. He said the team is just waiting on the canopy glass to come in and they’ll be on their way to Florida. No matter what, though, the team is sure to be the center of attention when it comes to its return to Key West in mid-November. 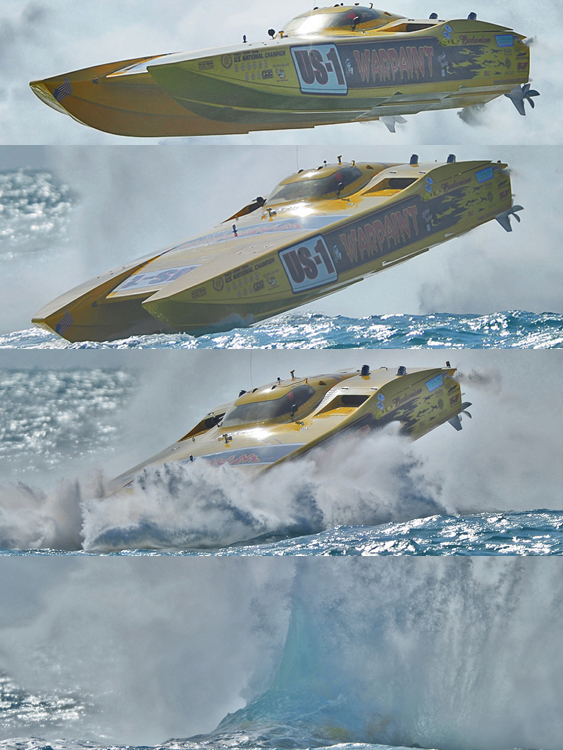 With Crank, the team’s throttleman, handling the rigging of the bare hull from the team’s shop in Hammonton, N.J., Vesper said that they’ve been able to set up the boat exactly how they want it without rushing anything. From calculating the placement of each engine component to get the best balance and a low center of gravity to customizing everything in the cockpit including some new safety features, the team strove for perfection throughout the offshore catamaran, which will be competing in SBI’s new Superboat class (see Champion Stihl Rebuilds to New SBI Superboat Class Specs).

“We were ready to race the next day,” said Vesper, referring to the day after the accident. “Even speaking for Danny, there was never any doubt that we were going to be back out there racing, it was just more of how we were going to do it. It’s kind of funny because last year we were actually looking to switch boats—it wasn’t like we crashed and all of the sudden that made us run out and find a new boat. We had our eyes on this boat already. So when the accident happened, we figured now was as good a time as any to switch rides.

“I’ve always like the design of MTI’s boats—they’re very close to our old boat with the low-slung canopy design,” he continued. “This particular boat isn’t one of those light boats you add weight to so you can race. It was built specifically to be a Superboat in the 9,500-pound category. It’s a solid boat with heavy lamination for the cockpit. That’s one thing that turned us on to it. MTI covers the safety aspect very well, providing a substantial roll cage for the boat.” 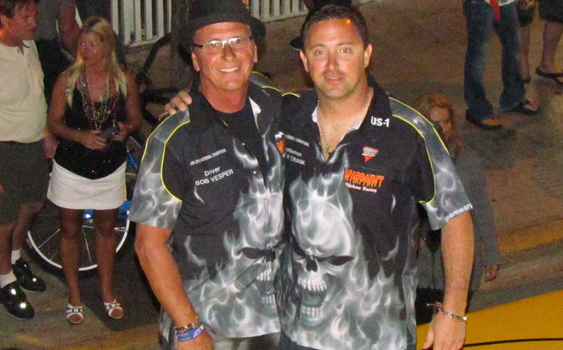 Mainstays at the Key West World Championships, New Jersey racers Bob Vesper (left) and Danny Crank have been competing together since 2008. (Photo courtesy of Team Warpaint.)

Sticking with 750-hp engines from Sterling Performance, the team isn’t expecting to be competitive right away. Still, Vesper and Crank both agree it’s going to be hard to remain patient while they get enough seat time in the boat to really get after it.

“Yeah that might last a lap,” Crank said with a chuckle after Vesper commented about the team’s strategy to take it easy out of the gates during its first race, whether it’s Clearwater or Key West. “We’re hoping we can get to Clearwater to get some seat time in the boat before Key West, as well as be there for the Tampa Bay kids charities.” 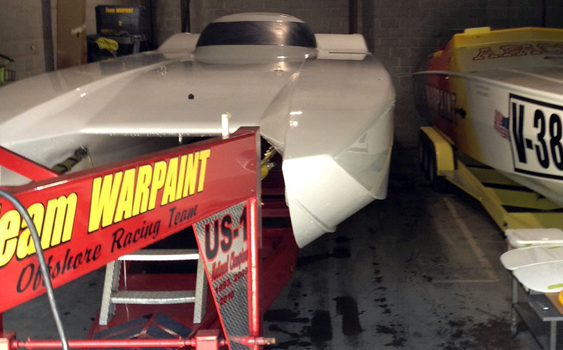 Bob Vesper is extremely excited about his new ride—the white 42-footer from MTI sitting next to his class 41-foot Apache. (Photo courtesy of Team Warpaint.)

While the teammates who have been racing together since 2008 are expecting—even hoping for—much of the limelight in Key West, they are planning to remain focused as if it was just another world championship.

“I want everybody to be there when we roll into town though,” Vesper said with a smile, adding that the team plans to idle to the spot of last year’s accident during its first test run, and go from there. “We’re going to start where we left off.”