In the interest of preserving everyone’s sanity, can we please take a six-month break from yapping online about Mercury Racing’s “more-powerful outboard engine” and when it’s coming? Fueled by a wildly inaccurate report from a sketchy media outlet that a more-powerful outboard from the Fond du Lac, Wis., high-performance marine engine and accessories company was coming to the Miami International Boat Show three years ago, the speculation has become tedious.

Strike that. Speculation about Mercury Racing’s next outboard is a dead horse that’s been beaten so badly I’m afraid that it could—like something out of a Stephen King horror novel—come back to life. 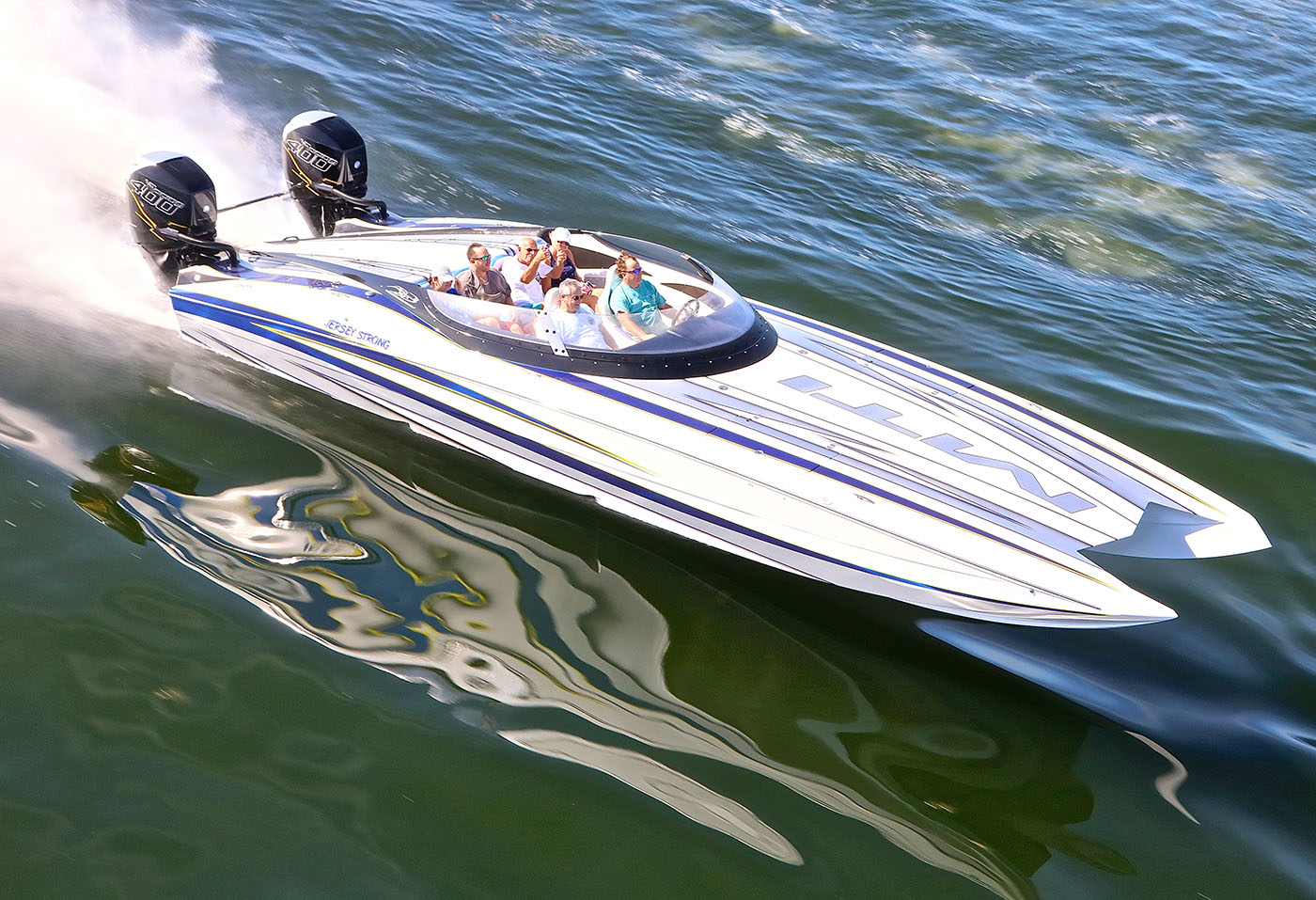 For the near future at least, the Verado 400R remains Mercury Racing’s most powerful outboard engine. Photo by Pete Boden/Shoot 2 Thrill Pix.

Please let it die. Six months is all I’m asking. Let it die.

Surprising absolutely no one thanks to an epidemic of loose lips in the high-performance marine industry, Mercury Racing did not release a more-powerful outboard based on its relatively new 300R V-8 outboard platform when the 2019 Miami International Boat Show opened today. (The company did, however, unveil a spec version of its 1,100-hp quad cam four valve stern-drive engine for offshore racing and two new MAX5 propellers.) Mercury Racing leadership has a strict policy of not publicly discussing future engine releases so there is no official word on why a product many performance-boating fans believed—at least until a few months ago—would debut in Miami didn’t materialize.

I’ve heard all the rumors from supply-chain issues to lower-unit reliability challenges. I don’t care about rumors. For my purposes as a reporter, they’re worthless.

But here’s what I do know. First, the Verado 400R outboard is still back-ordered with up to 16-week waits. Second, Mercury Racing is just starting to get its 300R outboard in the pipeline and demand for that naturally aspirated torque-monster reportedly is skyrocketing. And the buzz is sure to go viral on social media after a few go-fast powerboat fans in Miami this week catch a ride—as I did a three weeks ago—in the wicked MTI 340X demo sport cat powered by a pair of those 300-hp engines.

So why would the smart people at the helm of Mercury Racing want to parse still-booming demand for two outboard models with a new one? The simple answer? They wouldn’t. And didn’t.

Here’s what I suspect, and take this with a grain because per Mercury Racing policy on discussing future engine releases I have no official word on it: The company eventually will develop a more-powerful supercharged outboard based on its V-8 platform. Your question is when. My answer is when it’s time.

Of course, that won’t satisfy enquiring minds but it’s the best I’ve got. In the meantime, another Miami International Boat Show is in progress and the Verado 400R is still the most powerful outboard in the Mercury Racing line. With that engine plus a hot new V-8, Mercury Racing has no need to rush anything to market.

So what do you say? Unless something actually happens, let’s make Mercury Racing’s “next big outboard thing” a tabled discussion topic for the next six months. For now at least let’s give this deadest of dead horses a break.