You are at:Home»Commentary»Offshore Racing Isn’t Dead 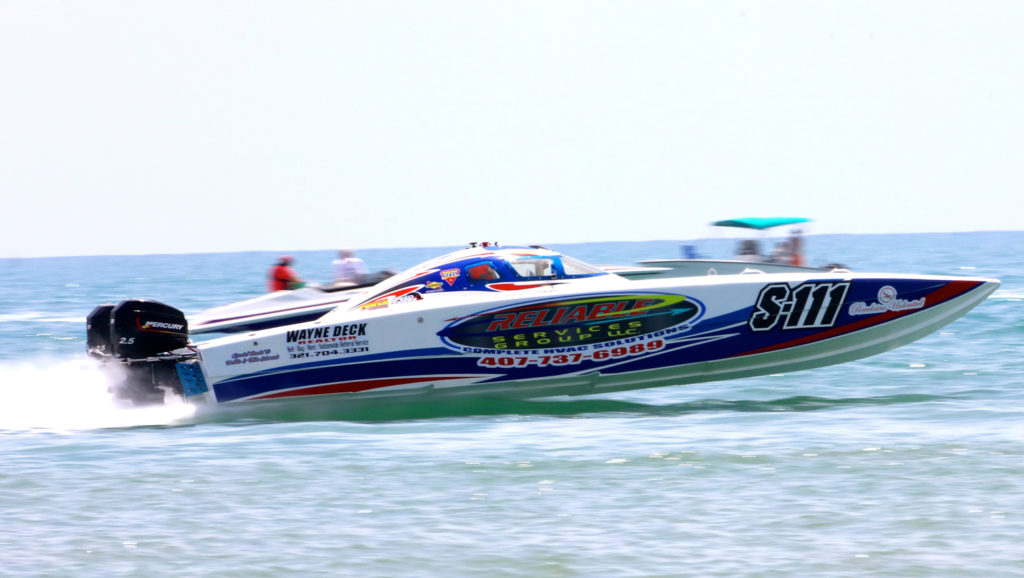 While it’s not without its struggles and never has been, offshore powerboat racing is still alive, especially for its competitors and fans. Photo by Pete Boden/Shoot 2 Thrill Pix.

Within minutes of last Saturday’s news story on the mass departure of the Superboat class from Super Boat International’s upcoming season-opener in Cocoa Beach, Fla., forecasts of offshore powerboat racing’s imminent demise popped up all over Facebook and online high-performance powerboating communities, including this one. It was the same gloom and doom stuff I’ve heard since I started covering the sport in the late 1990s.

A longtime friend and loyal reader who usually is good for an entertaining comment or two about the sport even shot me a text. “Offshore racing is dead,” he wrote.

For reasons I’ll never fully understand, people—including fans of the sport such as my friend—seem to love pronouncing offshore racing dead whenever the chance arises. Those opportunities come in the form of changes, and whenever one occurs it elicits the same Pavlovian response.

Let’s get this out of this out the way now, because nostalgia is a dangerous, mind-altering drug that distorts reality. The 100-plus-boat fleets present at certain venues in the 1970s, 1980s and early 2000s are long gone and not coming back. I like to think I’ve heard every possible explanation for the fleet-size decline. Some resonate and others don’t, but either way, those halcyon days are done.

And still, despite claims to the contrary at the end of each boom period, offshore racing isn’t dead.

The Offshore Powerboat Association still pulls in approximately 50 boats per race, and that won’t change—not even close—with the cancellation of its Bimini event. The SBI Unlimited-class team owners made a lower/spec power plan for the 2019 season to make their class safer, more affordable and better to watch. They’re not quitting. The 750 Owners Group announced it is opting out of Cocoa Beach, not abandoning the sport. On the contrary, the team owners have their own internal race schedule of SBI, OPA, Race World Offshore and independent events.

Now, if you want to say their decision is bad news for Cocoa Beach or even SBI, I won’t argue with you. My advice? If you planned to attend the Cocoa Beach race, don’t cancel your plans. (We’re still going to cover it on speedonthewater.com. Why wouldn’t we?) You’ll still have a good time, and while the other classes aren’t necessarily on par with Superboat there will be offshore racing action—and probably plenty of big air to go with it in Sunday’s contest, as Cocoa Beach is overdue to live up to its rough-water reputation.

Although there are fewer people involved in offshore racing than there once were, those still in the game—and paying all of the freight, by the way—are as devoted as any of the folks who came before them. Try telling them their sport is dead. Yeah, run that one by WHM Motorsports’ Billy Mauff, LSB/Hurricane of Awesomeness’ Brit Lilly or Johnny Saris of Saris Racing Engines and see where it gets you.

Predicting the demise of an existing offshore racing organization and the potential rise of a new one—meaning SBI and RWO—as I’ve also seen online is another fool’s game and I won’t play it. But I will say I’ve heard SBI’s death predicted since I began covering the sport almost 20 years ago. And SBI is still here. Also in that time, I’ve seen more new offshore racing organizations fail than succeed. That’s just the truth.

Either way, why wish failure on anyone?

Is the sport reaching its full potential? That’s another discussion not worth entertaining because “potential” is as speculative as it is overrated. You’re only as good as what you do now, not what you could do or think you could do. But even unrealized potential, if in fact it exists in offshore racing, is not the same as the death of the sport.

Offshore racing is—as I told my friend—in a transition period, and not its first one. It always has been a niche motorsport and always will be. A mainstream audience is not in its future. It never has been.