Anecdotal as this observation is, several friends in Florida told me they’ve never seen more boats on the water than they did last weekend. That makes perfect sense. In light of the COVID-19 pandemic, the Center for Disease Control-advised practice of social-distancing makes boating the perfect escape from crowds and—frankly—the panicky madness that has engulfed us.

But what about upcoming go-fast boating events such as poker runs, which typically involve large-group parties and banquets? Should you still be registering for them? After reaching out to members of the American Poker Run Association Facebook group, I have an answer. 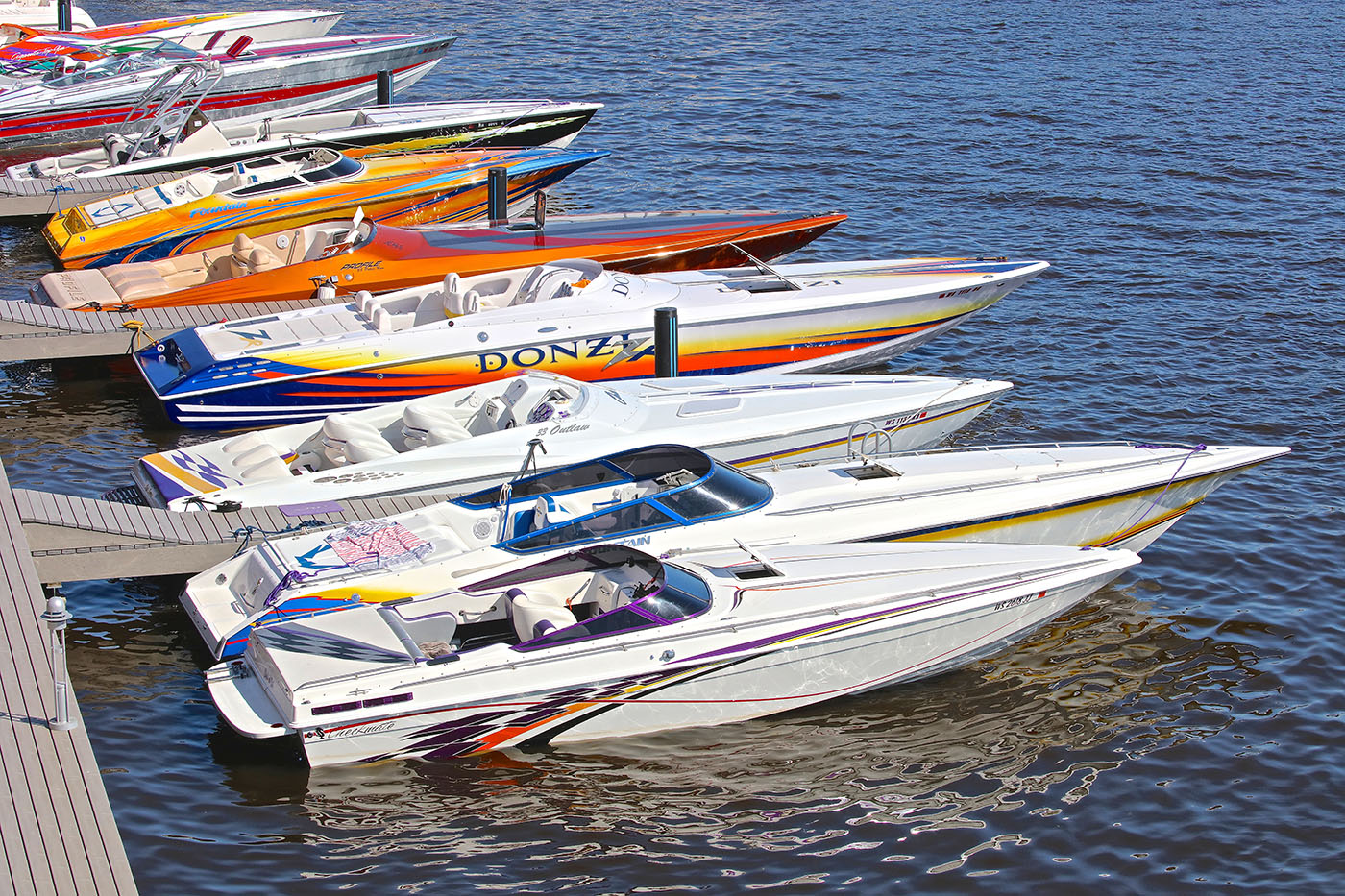 Unless otherwise instructed, organizers such as Shannon Radtke of the Four Horsemen Poker Run, which opens early next month, are planning to keep their current event dates. Photos by Pete Boden/Shoot 2 Thrill Pix.

Most event organizers will provide refunds in one form or another if they have to cancel their happenings. In the case of the Florida Powerboat Club, which has a run headed to Key West this weekend, that means you’ll get a full credit toward your next FPC event. Greg Harris, who co-organizes the Jacksonville River Rally and Poker Run with his longtime girlfriend Yvonne Aleman, said they will supply complete refunds—if necessary as their event is set for May 14-17—minus whatever transaction fees are involved.

“We have refrained from expenditures for the moment to get a feel for the situation before advancing monies,” said Harris.

“If we cancel, we will offer full refunds,” said Anthony Scioli of Elite Poker Runs, LLC, which has three events slated starting with the Erie Poker Run, June 26-27, in Erie, Pa.

“We’re not until June, so I’m not worried—yet,” Shannon Radtke, who co-organizers the Four Horsemen Poker Run set for June 12-13 in Oshkosh, Wis. “We are canceling the ‘Warm Your Engines’ party that was scheduled for early April.” 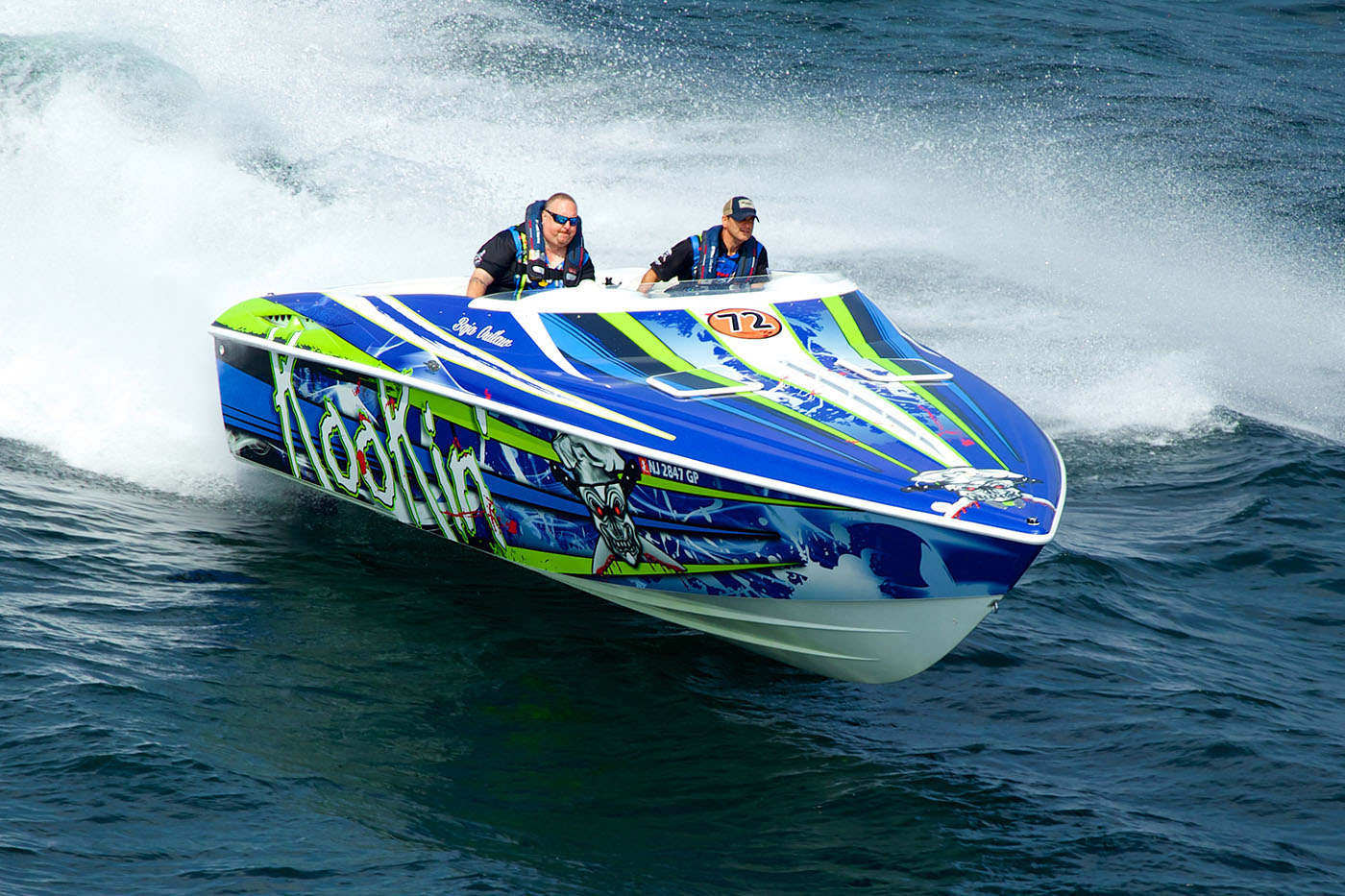 The novel coronavirus won’t be the first hurdle the 1,000 Islands Charity Poker Run has had to overcome. Photo by Tim Sharkey/Sharkey Images.

But what about organizers with more-immediate events, such as Christina Nichols of the Desert Storm Poker Run April 22-26 in Lake Havasu City, Ariz., and Casey Harrison of the Tickfaw 200 Poker Run April 29-May 2 in Springfield, La. Both have said they will honor existing registrations if they are forced to reschedule their events. However, unless officially told otherwise by the powers that be in their respective states, they plan to move forward with their current schedules.

Likewise, Bob Alger, the chairman of the Boyne Thunder Poker Run organizing committee is taking the long, calm view for his event, which set for happening July 10-11 in Boyne City, Mich.

“We haven’t thought that far ahead but shooting from the hip, I would say yes we would try to at least for the registration fee an extra passenger wrist bands,” he said. “At this time, I am not even sure of the wording in some of the contracts we have outlining our obligations should there be a cancelation.

“A week ago I might have laughed at the question or certainly was not thinking much about the possibility,” he continued. “However, Boyne Mountain Resort, where many of our participants stay was shut down as of 4 p.m. yesterday afternoon and I am hearing that our governor will shut down all bars and restaurants in a press release this afternoon. Therefore, the possibility of canceling an event scheduled where there are ‘crowds’ certainly in the next month for us has become a reality, simply because of logistical issues. On the good side, if the virus runs its course over the next month or two or three, things might be different by early July. Let’s hope so.”

“COVID-19 is just one more hurdle that the 1000 Islands charity poker run is going to have to get past,” said Bobby Cantwell, who is part of the event’s organizing committee that includes, Alexandra Buduson, Ken and Renee Lalonde and Court Rutherford. “We have had high water two out of the last three years, This year, the state is burying the power lines on Riverside Drive—the main drag that hosts our street party—and now COVID-19 rears its ugly head. So yes, at this point in time the 1,000 Islands Charity Poker Run is open for business.”

Like the rest of world, the high-performance boating realm is in uncharted waters with the novel coronavirus. But knowing that most event organizers have refunds and—if necessary—rescheduling plans means you can at least continue with your own. As John Lennon wrote in one of his songs, “Life is what happens while you’re busy making plans.”

But that doesn’t mean you have to stop making them. 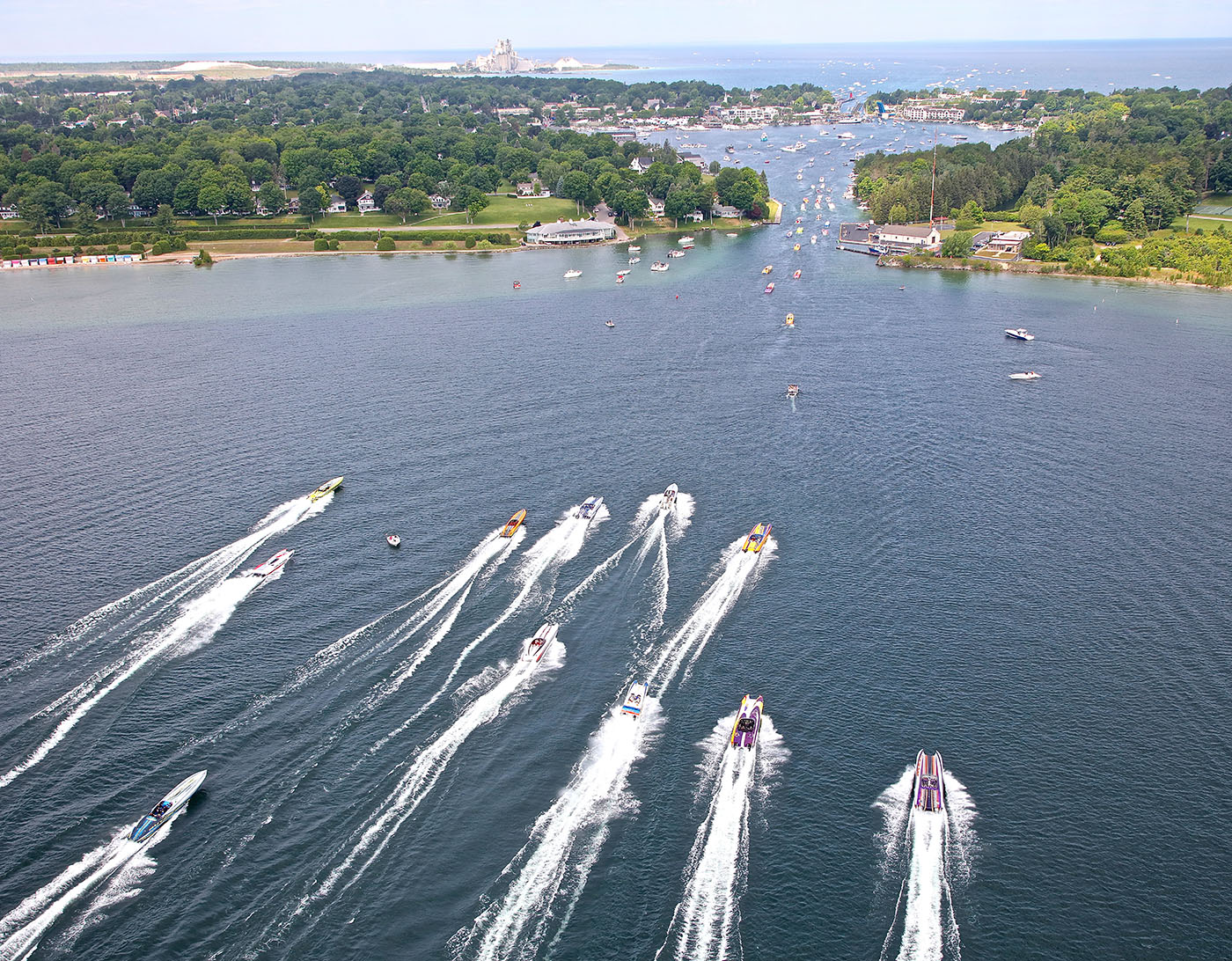 Said Bob Alger of the Boyne Thunder Poker Run, “Things might be different by early July. Let’s hope so.”