You are at:Home»Commentary»The Heart And Soul Of Outerlimits

When Outerlimits Offshore Powerboats founder Mike Fiore invited me to ride with him and Joe Sgro in the Bristol, R.I., go-fast boat builder’s kilo-record-setting SV 43 sportboat during the 2014 Buffalo Poker Run on Lake Erie in Western New York, I said yes so quickly it made Fiore laugh. Earlier that year thanks to another gracious invitation by Fiore, I’d watched—from the shores of the Pamlico River in Washington, N.C.—the 43-footer demolish the existing V-bottom kilo record by a little more than 8.5 miles per hour with an average speed of 180.464 mph. I was as honored to be there in person as I was privileged to report on it.

After the Buffalo run in the late afternoon, Fiore had another invite for me—to catch a ride in the company’s brand-new 46-foot canopied catamaran with Sgro and offshore racing legend Steve Curtis. For a reporter covering the high-performance world, days on the water don’t get any better.

At least I didn’t think they did. 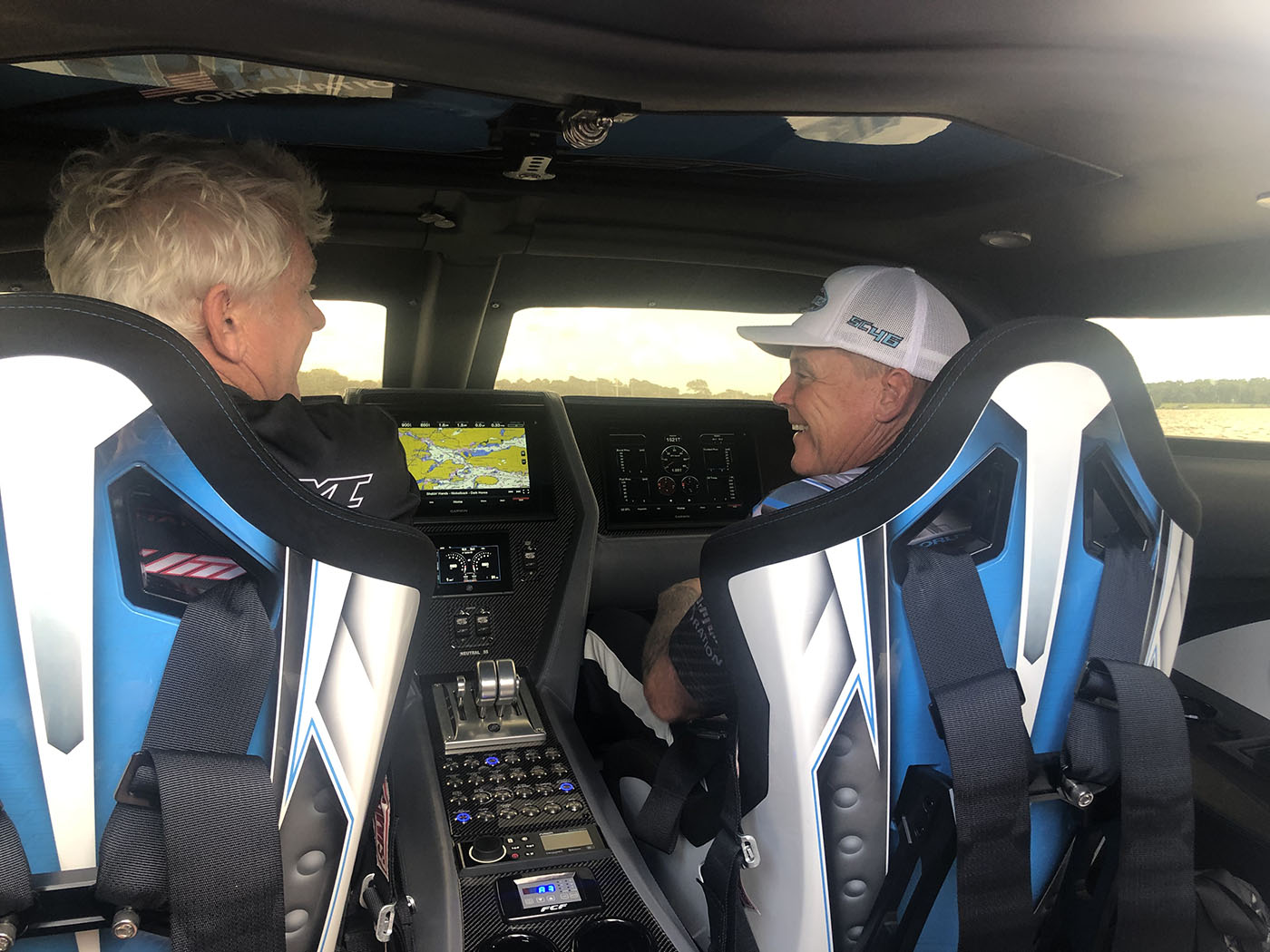 And as unforgettable and joyful as my first experience in an Outerlimits catamaran was, this one was even better.

But I’d be lying if I said it weren’t emotional. Fiore and Sgro are gone, as we all know, taken way too early. Riding in Kirsten’s catamaran with Curtis at the helm for the day conjured vivid memories of my time with him at the helm alongside Fiore in the company’s 46-footer five years ago in Buffalo.

Some of those bittersweet memories took my breath away. All made me feel lucky to have them. 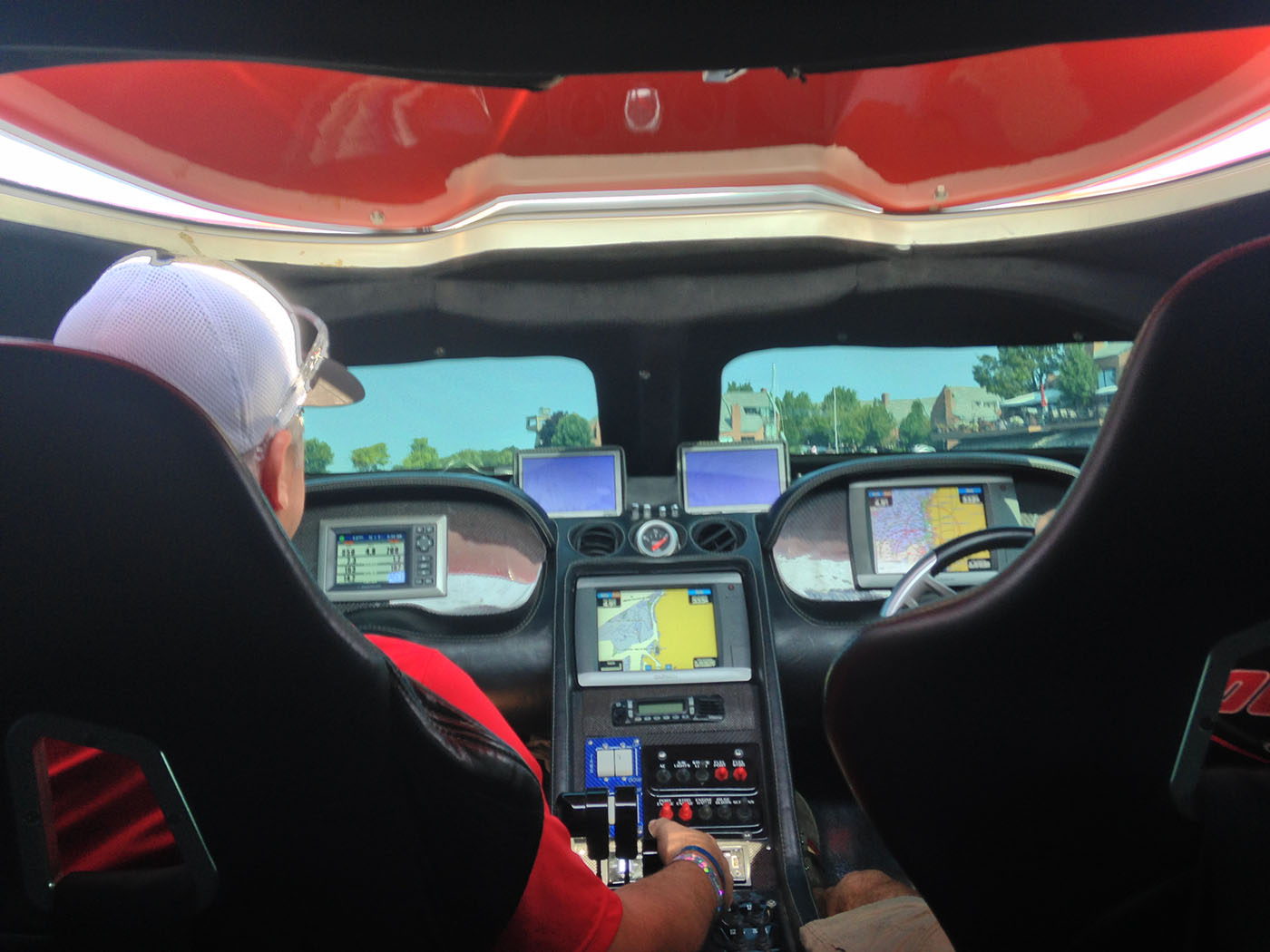 At the 2014 Buffalo Poker Run, the author started his day in the record-setting Outerlimits kilo boat with Mike Fiore (above left) and Joe Sgro and finished it with Fiore, Sgro and Steve Curtis in the company’s new 46-foot catamaran.

Last Saturday night during the fun run dinner celebration in Bristol, Amaral introduced Paul Fiore, the man who taught his son, Michael, everything he knew about boat-building. Fiore’s voice cracked when he thanked everyone for being there. The guests, mostly Outerlimits customers, rose from their chairs and gave him a standing ovation.

Another breath taken away.

With 32 boats in the fleet, last weekend’s event was the largest gathering of Outerlimits models in one place in the company’s 20-year history. Far more important, though, it was a joyful celebration of a high-performance powerboat brand that has seen more tragedy than it ever had a right to and has—thanks to investor Brian McLaughlin, a longtime Fiore friend and silent partner, and its devoted customers and employees—come out the other side intact.

Outerlimits celebrated its own courageous heart and beautiful soul last weekend. And I have yet another fine memory to show for it.