You are at:Home»Commentary»The MDC Way

I don’t know exactly how many years ago it was—I think six—but the first time I met Mike Clesceri was at the Lake of the Ozarks Shootout in Central Missouri and he was showing off DriveGuardian from his new company, Marine Design Corporation. The Illinois-based engineer had spent hundreds of hours developing and testing the drive-saving device on his twin-engine Fountain Powerboats V-bottom and was ready to take the torque-limiting clutch to market in a big way. 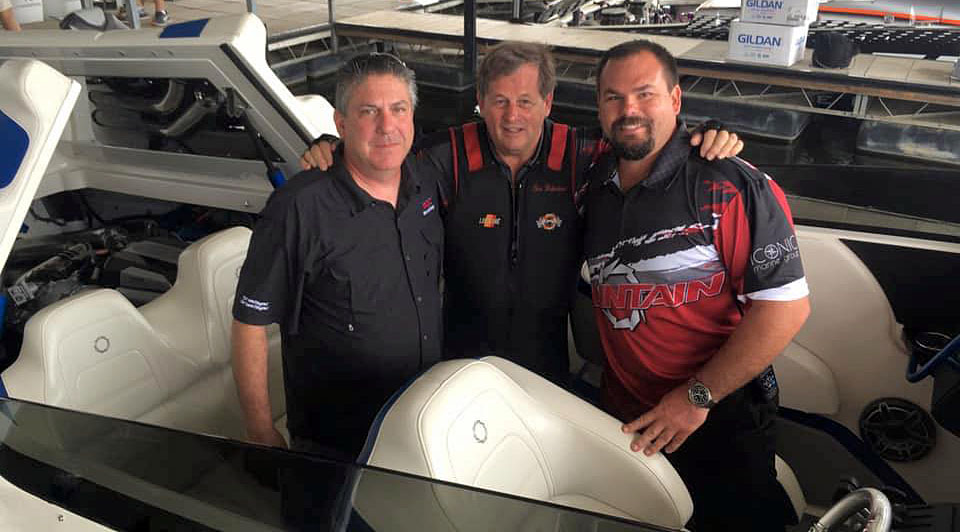 Since then, I’ve bumped into Mike and his lovely wife, Noelle, at the Shootout pretty much every year and at several offshore races and other performance boat events across the country. Easily two of the most polite people I’ve met in the industry, the Clesceris always go out of their way to say hi to me and the many customers they’ve become close with over the years.

That loyal customer list has continued to grow over the last few years as has the MDC product line that now includes the popular TrimSync, a system which automatically keeps drives and lower units in sync and trimmed correctly, TrimSync Race Edition, heavy-duty crashbox damper plates, crashbox shift controllers and an IAC survival kit that was developed for twin engine applications and includes two plug-and-play IAC harnesses that are fused to prevent a direct short to the PCM.

And there’s more to come.

With a booth at Captain Ron’s Bar & Grill—the Sunrise Beach, Mo., venue that hosts the Lake of the Ozarks Shootout—and dozens of participants in the 31st annual event using the company’s products, it was clear that Clesceri and company have created several worthwhile products and have no intention of slowing down.

The Shootout’s top two single-engine V-bottom speeds were accomplished by a couple dedicated performance boaters who use DriveGuardian to enhance the reliability of their drives. Clesceri encourages curious customers to ask Michigan’s Tyler Crockett, who has a 2,000-plus-hp motor in his 26-foot Joker V-bottom that he ran to 128 mph a couple of weeks ago, about his product. He also said to talk with California’s Lawrence Coelho, who ran his Teague Custom Marine-powered 28-foot DCB V-bottom up to 98 mph, about the product that allows him to do more than 20 poker runs a year across the country. 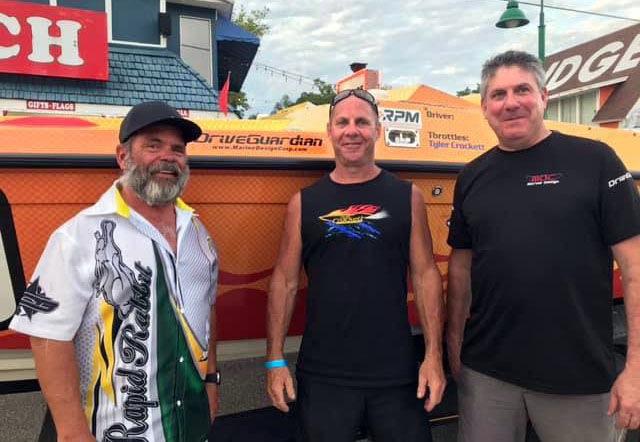 Lawrence Coelho (left) and Tyler Crockett shared a fun conversation with Clesceri during the Wednesday night Lake of the Ozarks Shootout on the Strip. Photo courtesy Mike Clesceri

Clesceri also was proud that veteran tunnel boat and offshore racer Ben Robertson, who owns BAR Marine Group in South Carolina, was running the TrimSync Race Edition in the 42-foot Fountain BAR recently repowered with twin Mercury Racing 1550/1350 engines. Equipped with a new interior as well as a fully loaded cabin, Robertson, who thanked TrimSync for “taking the guesswork out of running the boat,” recorded the fastest V-bottom speed of the weekend at 143 mph.

All in all, it’s safe to say the 2019 Lake of the Ozarks Shootout will go down as an incredibly memorable one for Marine Design Corporation.