You are at:Home»Commentary»The Night Before Christmas, Key West Style

Twas the night before Christmas, when all through the docks
No liquor was stirring, just scotch on the rocks
The fenders were hung from their vessels with care
In hopes that fair weather soon would be there
Their owners were nestled all snug in their beds
While visions of repowers danced in their heads
My gal in her sweat pants, and I in gym shorts,
Had just settled down to watch cool winter sports,
When out on the dock there arose such a racket
It sounded like outboards falling off some cheap brackets
Away to the window I stumbled then fell
Then popped right back up and said, “What the hell?” 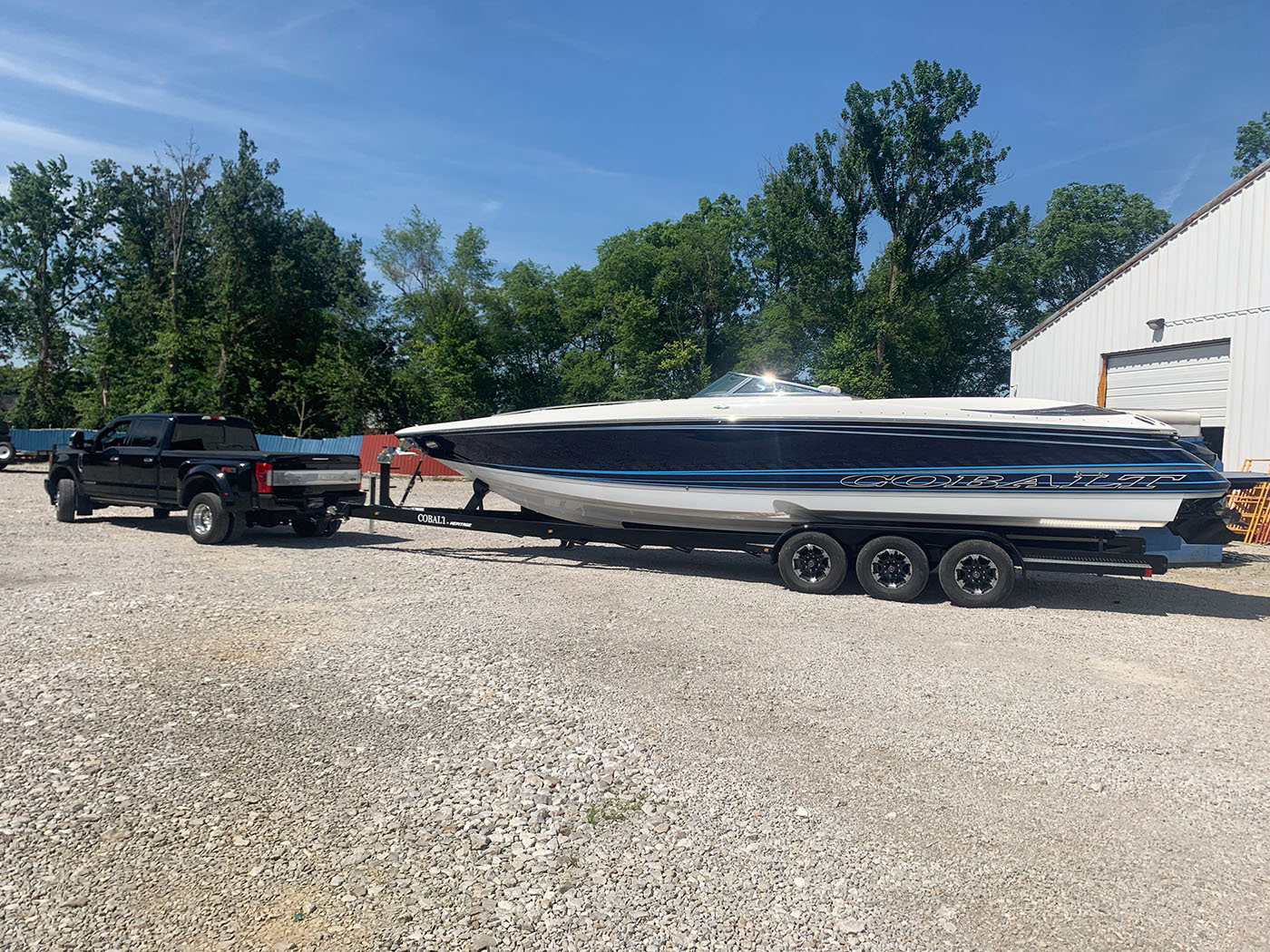 “Where the hell you are going? We must wash the boat!” Said Vinnie, “Just leave it. That thing barely floats.” Photo by Stephen Miles/Stephen Miles Design.

The moon on the waves with movement so slow
Gave me just enough light to see objects below
When what to my bloodshot peepers appeared
An ugly old runabout but with graphics so clear
With a Kentucky-bred driver so ragged and wild
I knew in a moment he was Stephen Miles
He looked for his home boys but none of them came
So he tossed back some moonshine and called them by name
“Now, Vinnie! Now, Burton! Now Jason and Dan!
“Tell Simon and Curtis I have a great plan
“Let’s head to Key West or some other warm spot
“We’ll take my old Cobalt it’s all that I’ve got.”
They called up Pete Boden to capture their trip
Then started the Cobalt, and yelled “Let her rip.”
Through Miami, Key Largo and Big Pine they flew
With coolers of Fireball and Bacardi 152 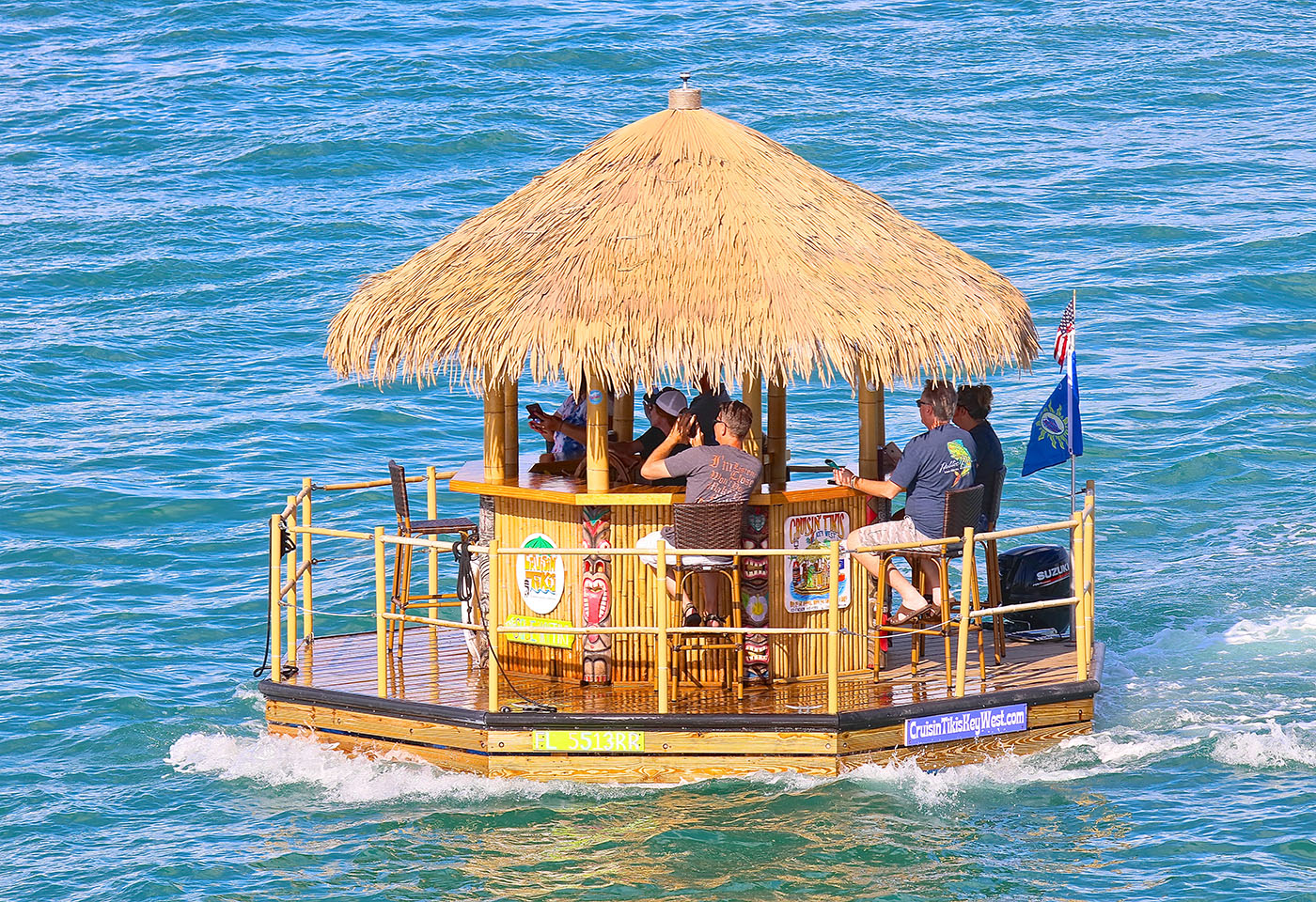 At least it looks like a Christmas Tree. Photo by Pete Boden/Shoot 2 Thrill Pix.

In the late afternoon they arrived in Key West
They were ready to party and needed no rest
They started at Hog’s Breath then hit Irish Kevin’s
Had pancakes next morning inside the Blue Heaven
“I need to get back,” Vinnie said to his friends
“If Danielle knows I’m gone my life she will end.”
So into the Cobalt they climbed and departed
And bailed on Key West leaving Curtis broken-hearted
Up through the Keys they ran before lunch
Stopping once just for gas and some pork rinds to munch
They crept through Miami across famed Biscayne Bay
And at last Vinnie knew he’d be home Christmas Day
Round noon they arrived at Haulover Marina
The ultimate powerboat storage arena
They hopped in their ride shares and left Miles alone
It wasn’t just Vinnie who had to get home.
“Where the hell you are going? We must wash the boat!”
Said Vinnie, “Just leave it. That thing barely floats.”
They rushed to the airport but time was so tight
That Miles and Curtis had to grab later flights
Yet they all made it home to their loved ones so dear
For some fine Christmas fare and J. Wakefield craft beer
And as he boarded his plane Miles exclaimed in delight
“Now Heather won’t have to kill me tonight.”