You are at:Home»Commentary»To Kid Or Not To Kid?

Yeah, you guessed correctly, I’m a teensy bit proud. But here’s the thing.

They’re not kids. Alex and Anna Rose are young adults. They can make their own choices, and through no fault of mine they tend to make good ones. And because they are young adults and good decision-makers, each of them has accompanied me to a go-fast boating event I was covering. 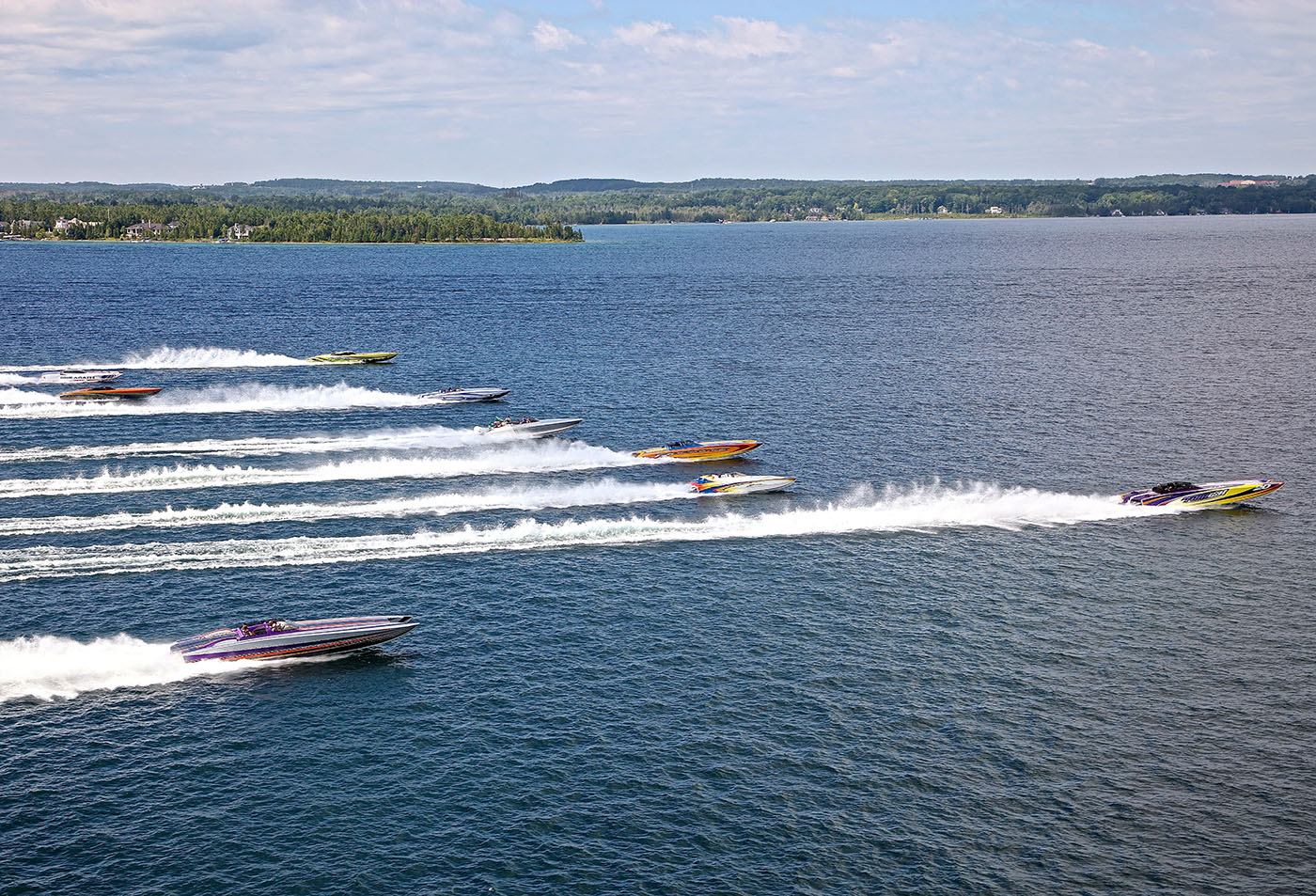 Some poker runs such as the annual Boyne Thunder event in Northern Michigan (above) are more appropriate for children than others. Photo by Pete Boden/Shoot 2 Thrill Pix.

That’s not something I would have done before both were out of high school and at least 18 years old. We all parent differently and have different thresholds on what we will expose our kids to. But for where they were emotionally and intellectually when they were teens, those environments would have been inappropriate in my parental view.

A recent conversation among the members of the American Poker Run Organization on their Facebook page about exactly this subject started me down this ponderous path. An off-the-water incident involving a minor caused an injury and property damage during a poker-run weekend in 2019. The organizer is considering an age limit—no attendee or participant less than 18 years old at this year’s event—and wanted feedback from the group.

Who better to ask? Jones knows a thing or two because—cue the Farmers Insurance Group television commercials—he’s seen a thing or two.

“We don’t really have a firm policy on age limits at our events—we play it by ear,” he said. “Certain events are more family oriented. Others, like the Key West Poker Run—we suggest people don’t bring their kids around to the parties at night. Our policy is more in tune with what social norms are instead of anything hard and fast.”

Food for thought, for sure. Although I’m pretty sure my son would have appreciated a Florida Powerboat Club bikini contest in Key West, for example, when he was 15 years old—and that my daughter definitely wouldn’t have—it’s not an environment I’d have ever considered exposing either of them to.

There is another side to the kids-at-poker-runs question. Do participants who don’t have or didn’t bring their own minor-age children really want to be around yours, especially during parties planned and executed for adult audiences? Frankly, using the FPC bikini contest example above, I’d feel creepy standing next to your teenagers while we all watched a buxom bikini model strut around the stage in three ounces of fabric and six-inch pumps.

To kid or not to kid? That is the question. Now, it’s time for your answers.