Covering the annual offshore powerboat races in Key West, Fla., presents challenges, the biggest of which is that there are three days of racing with multiple, class-specific contests on each day. The trick in daily reporting, not to be confused with simply regurgitating entry sheet information, combining it with results and slapping it online, is simply watching the action and taking a lot of notes during each race. Between races, my fellow offshoreonly.com columnist and speedonthewater.com co-publisher Jason Johnson and I work the phones to augment our observations, meaning we call the racers in the boats as they’re idling back to the crane area.

And most of the time, they answer, especially if they’ve done well. We’ve conditioned them, so to speak, to respond during the years. 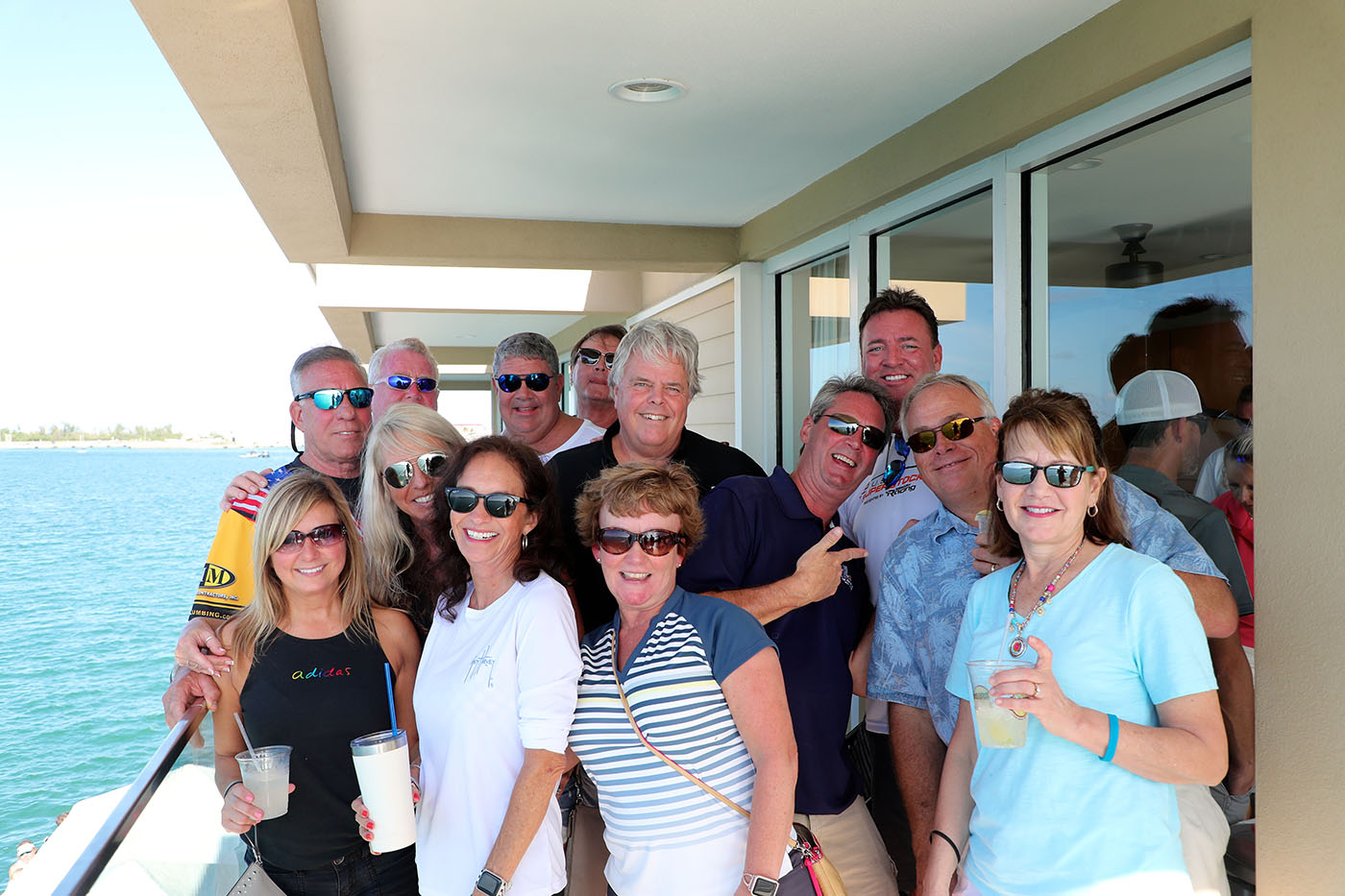 Since the Pier House Resort and Spa opened, the Theisens and their guests have been rocking a corner suite for the annual offshore powerboat races in Key West. Photo by Pete Boden/Shoot 2 Thrill Pix.

We work from what we call remote offices, which more often than not are hotel suites overlooking Key West Harbor booked by intense fans of the sport. For several years, we spent at least one race day working out of Bob Christie’s favorite suite at the Westin Hotel, now Margaritaville. A longtime friend and supporter of speedonthewater.com Christie, who hails from New Jersey and brought an entire Garden State crew with him every year, provided a remote office with everything we needed including a great view of a portion of the course, good cell coverage, strong WiFi connectivity and, of course, power for our laptops. He even supplied a mountain of cheesesteaks for all.

For the past two years, we’ve covered the Friday action from a corner suite at the Pier House Resort and Spa thanks to Rick and Katheryn Theisen of Cocoa Beach, Fla. Katheryn Theisen is one the board of directors for the annual Thunder On Cocoa Beach offshore race. Rick Theisen, her husband, is a gregarious and often hilarious character who’s been a devout follower of the sport for decades.

“We’ve had this suite during the Key West races since it opened,” he told me last week. “It’s a really special place. People from all over the country are here.” 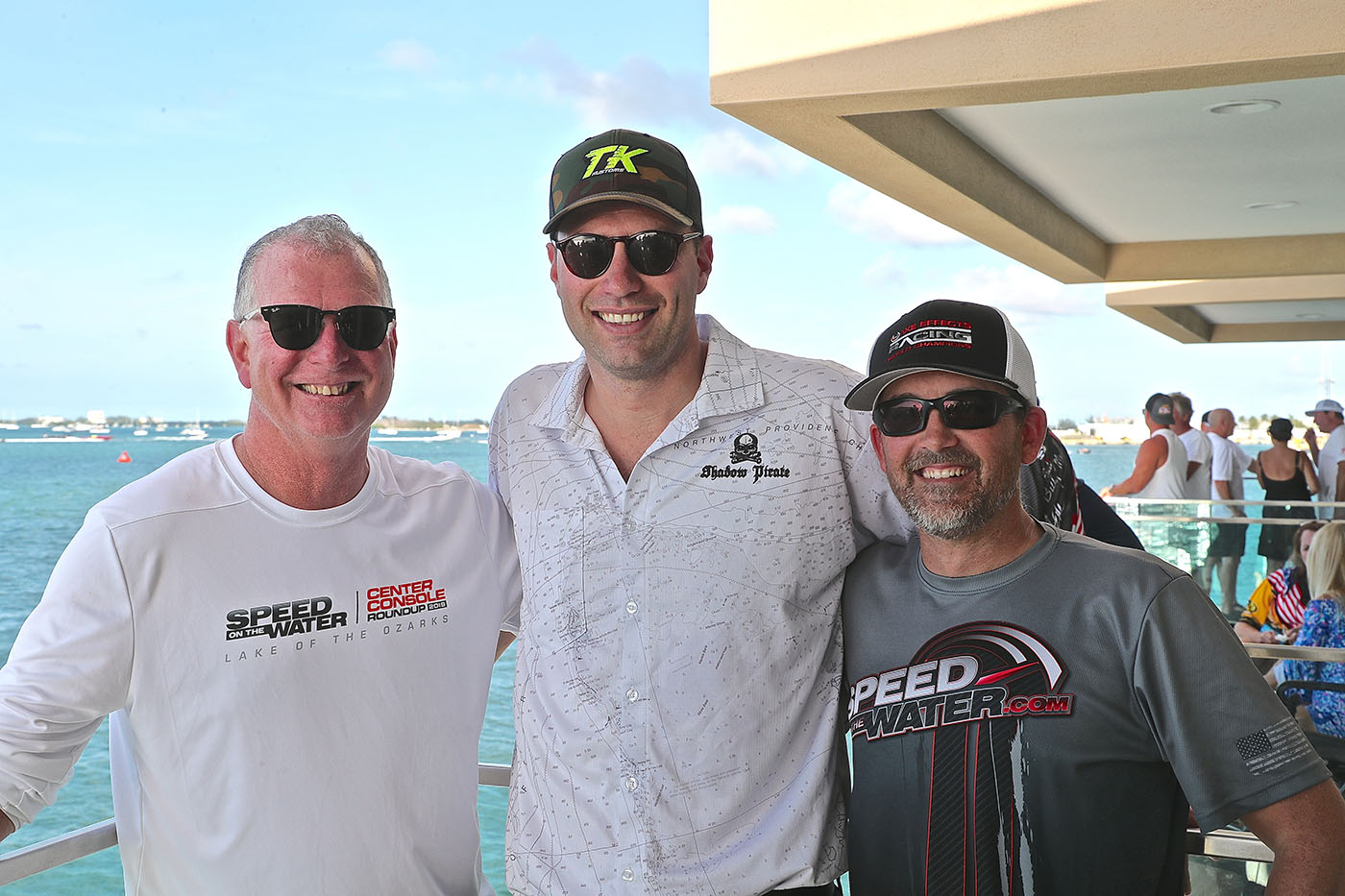 If you’re not a fan of WHM Motorsports and classic rock played at high volume, you probably wouldn’t want to spend much time in the Theisen’s suite, which is stocked to the ceiling with great food and adult libations. (All they ask of their guests, which included WHM’s own Billy Mauff when we first arrived this year, is that they tip the server.) Their pad is most definitely an extension of the WHM Motorsports fan club, and Theisens invite guests—many decked out in the WHM jerseys—from as far as the Midwest and as close as the Sunshine State itself. It’s a full-on party from start to finish, and unless you’ve worked in the cacophony of a busy newsroom—as Johnson and I have—and can shut out all distractions, you have no business even trying to report from their place.

Speedonthewater.com chief photographer Pete Boden hooked us up with the Theisen’s suite as he likes to shoot from there on Fridays as he spends the other two race days shooting from turn-boat at the first turn on the course. Photographers just seem to have ways of opening doors for reporters.

Johnson left Key West on Saturday for a family obligation, so I flew solo on Sunday and headed to another Pier House suite, this one booked by our longtime friends Burton and Yvette Kirsten of Michigan, to catch the race. Equally well-stocked but a bit larger and a lot quieter—such is the difference between watching races in Key West on Friday and Sunday—this was no place to be for anyone other than a fan of SV Racing, the new Outerlimits Offshore Powerboats Supercat-class team of Vinnie Diorio and Simon Prevost. Almost everyone in the place wore an SV Racing jersey.

Like the Theisens and their guests, the Kirstens and their friends could not have been more gracious and accommodating. Johnson and I plan on returning to their suites next year if they’ll have us.

We always need remote offices in Key West. And suite setups just don’t get any better.