You are at:Home»Community»Tribes Of Go-Fast Boating

Brand-specific gatherings of powerboat owners are nothing new. They’ve been happening on waterways around the country for decades. But having covered three such events this season alone—one relatively new, one brand-new and another long-established—my appreciation for them has skyrocketed.

Straight up? Of all the events I covered this year on scene, the MTI Owners Fun to the Florida Keys, the inaugural Outerlimits Offshore Powerboats Factory Fun in Rhode Island and the 21st DCB Performance Boats Regatta in Arizona were my favorites. 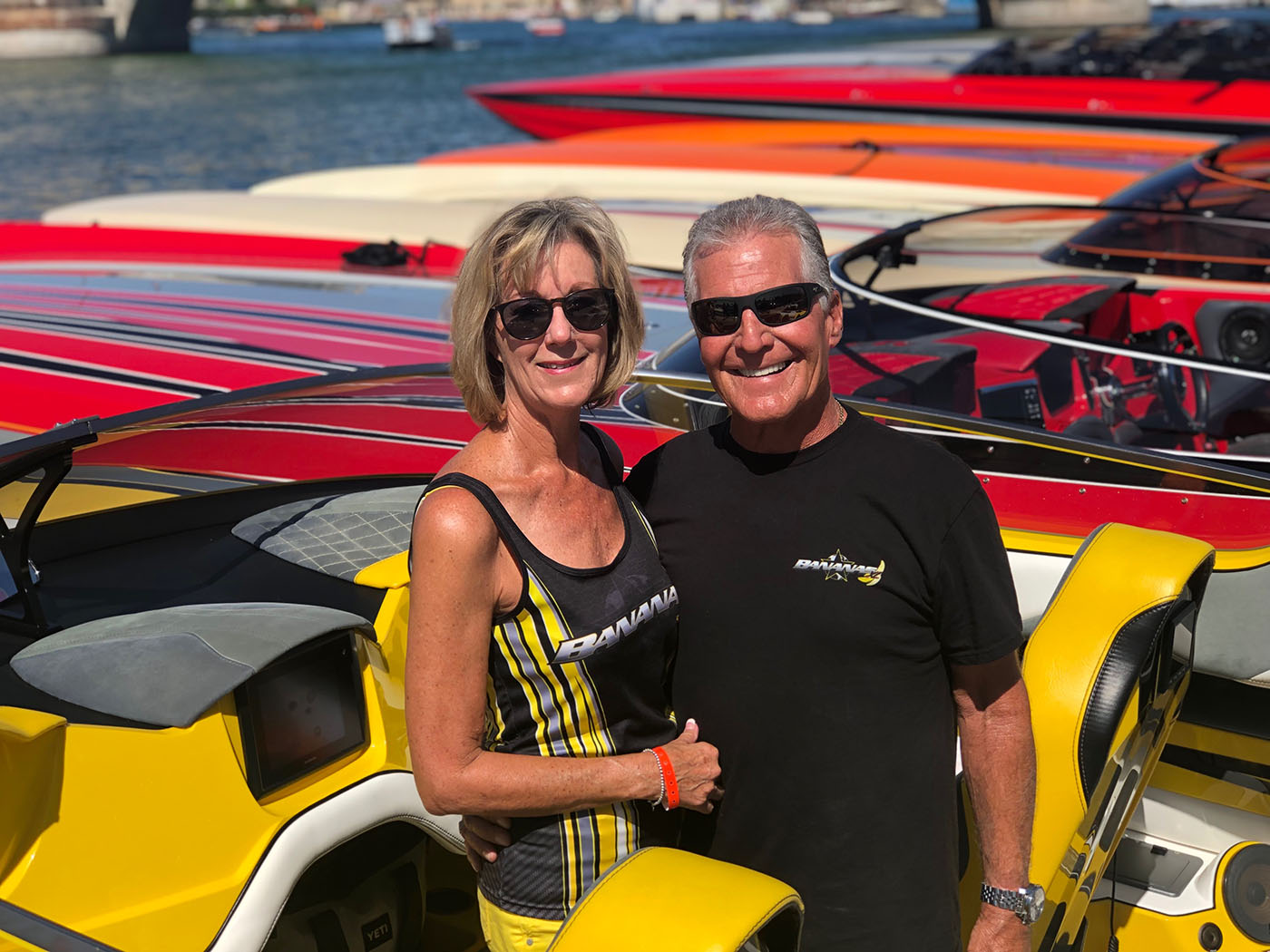 They were all very different of course, from the powerboats at play to the aquatic playgrounds that hosted them.

A mid-winter event, the MTI run gave 50 catamaran and center console owners and their lucky guests a much-needed break from the cold for a weekend in the tropical paradise of Marathon Key. The early August Outerlimits happening saw 30 muscular V-bottoms and one outrageous catamaran tackle the spectacular waters of Rhode Island’s Narraganset Bay. And last weekend’s DCB Regatta attracted a hefty 75-boat fleet of exquisite new and vintage catamarans, with a V-bottom or two thrown in for good measure, to its home water, also known as Lake Havasu.

And that is where the differences end. 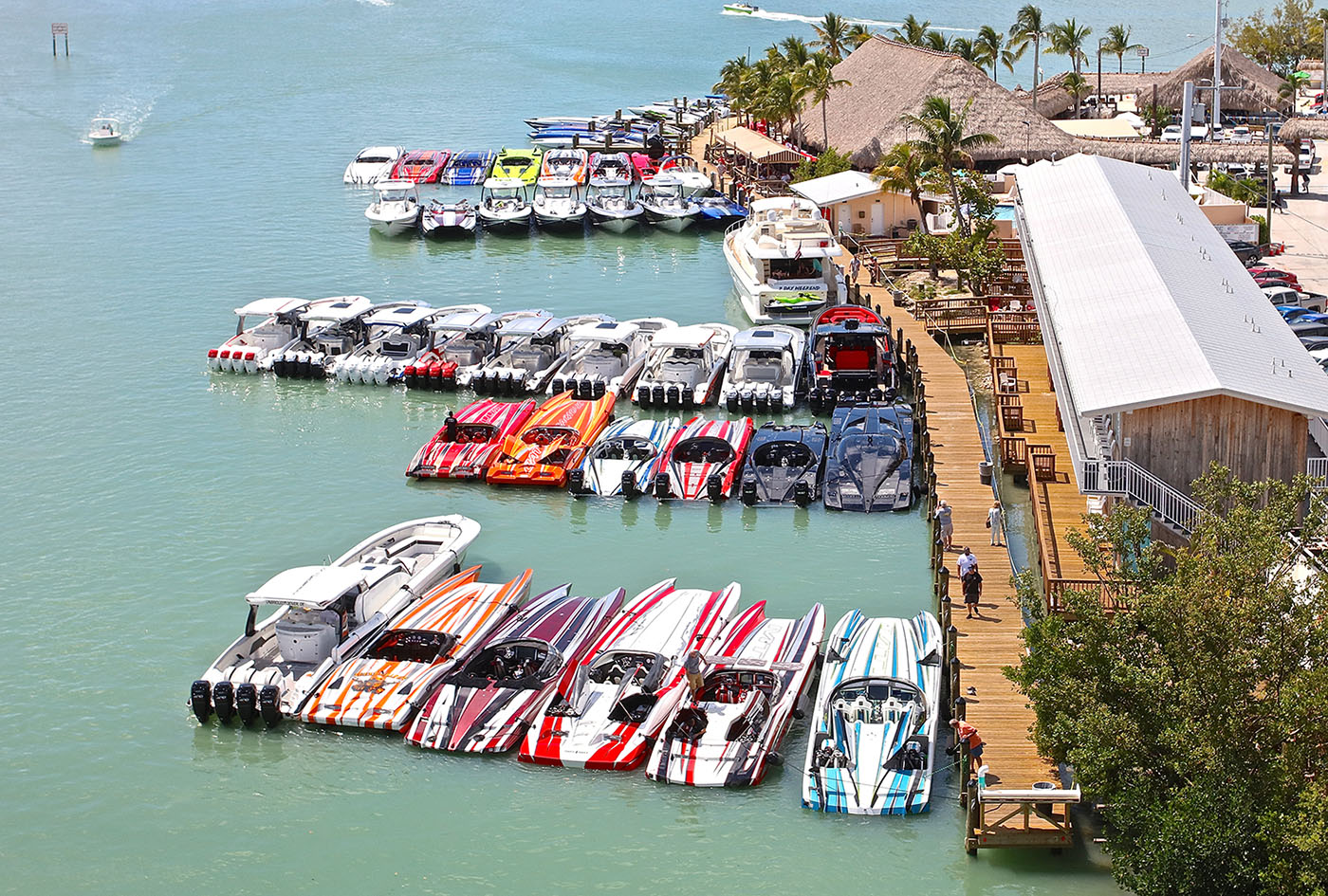 Each group considers itself a family, the members of which go out of their way to help—and mercilessly tease—each other. And each member is absolutely, positively and maybe even rabidly convinced of the superiority of the brand above all others that binds the group.

While at times it seems fanatical, at least to an outsider—and reporters are supposed to be outsiders—that’s exactly as it should be. When you drop the kind of dough on a boat that would buy a large home in many locales, you damn well better like what bought. In fact, you should believe it was the best choice you could have made with your hard-earned money. 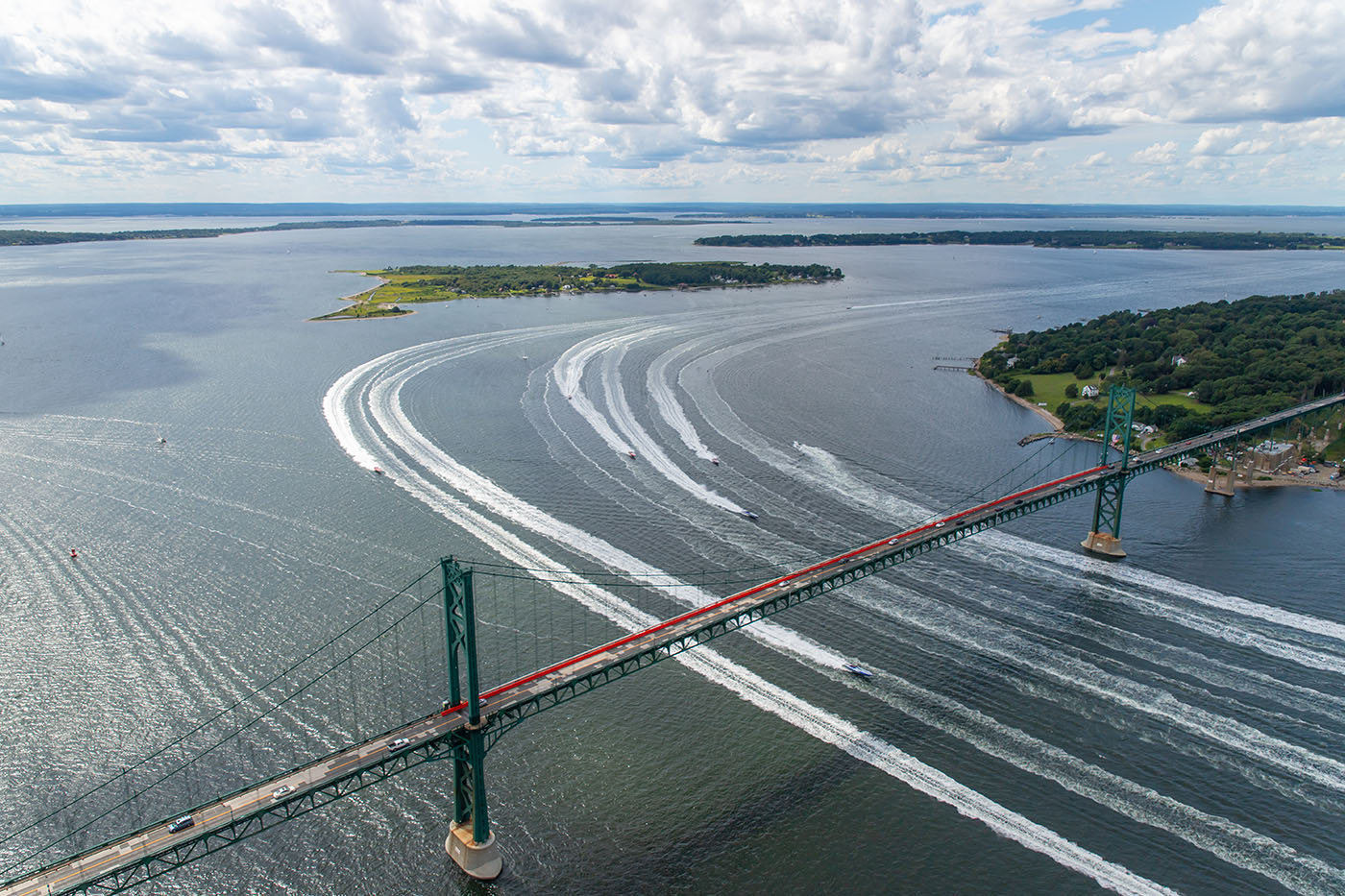 Outerlimits owners from around the country came to Rhode Island to support the company’s inaugural Factory Fun Run. Photo by Halsey Fulton.

I have heard these events described as exclusionary and elitist, as if every go-fast boating happening should be all-inclusive. Nothing could be more ridiculous. There are no shortage of poker runs, fun runs and so on that are open to everyone with a powerboat. And if you’re looking for a truly ecumenical event, at least when it comes to showcasing exotic catamarans from an array of builders, you can stop looking. It’s called Super Cat Fest and it happens every year at the Lake of the Ozarks in Central Missouri.

Brand-loyal owner groups are the tribes of high-performance powerboating, and their tribal gatherings are special, even from the outside looking in. You don’t have to be a member of a group to appreciate its passion and how well its members treat one another when they’re all together. Born in powerboat brands, their tribal bonds are unbreakable.