You are at:Home»Events»Let The Fun Begin In Michigan

Over the past few days I spoke with a couple of enthusiastic boaters from Michigan that I’ve gotten to know through interviews and crossing paths at events, and both Todd Fountain and Ed Tirakian were excited about the summer boating season.

Fountain, as you may or may not know, has been waiting for his flat-deck 28-foot Skater Powerboats catamaran powered by twin Mercury Racing 300R outboard engines to be finished, and last weekend he got his hands on the boat to start testing propellers. Needless to say, Fountain, who also owns the well-known 46-foot Skater Tom Cat that he recently had some updates done to it, can’t wait to get the boat dialed in and take it to a few events around the state—and beyond. Keep an eye out for a more detailed story with images in the near future.

Speaking of near future, Tirakian, who recently picked up Tilt after Boat Customs gave his 40-foot catamaran a complete overhaul (read the story), is eager to get the former Bacardi O Skater dialed in so he can run around Lake St. Clair all summer long. Tirakian texted me a few images of his fifth boat with the Tilt name and informed me that the 40-footer was currently at American Custom Marine in Kimball, Mich., getting some final rigging details handled.

While he’s eager to start using the boat, which is powered by a pair of supercharged engines from Sterling Performance Engines, Tirakian took solace in the fact that the weather hasn’t been great so he hasn’t missed many “good days” on the water. 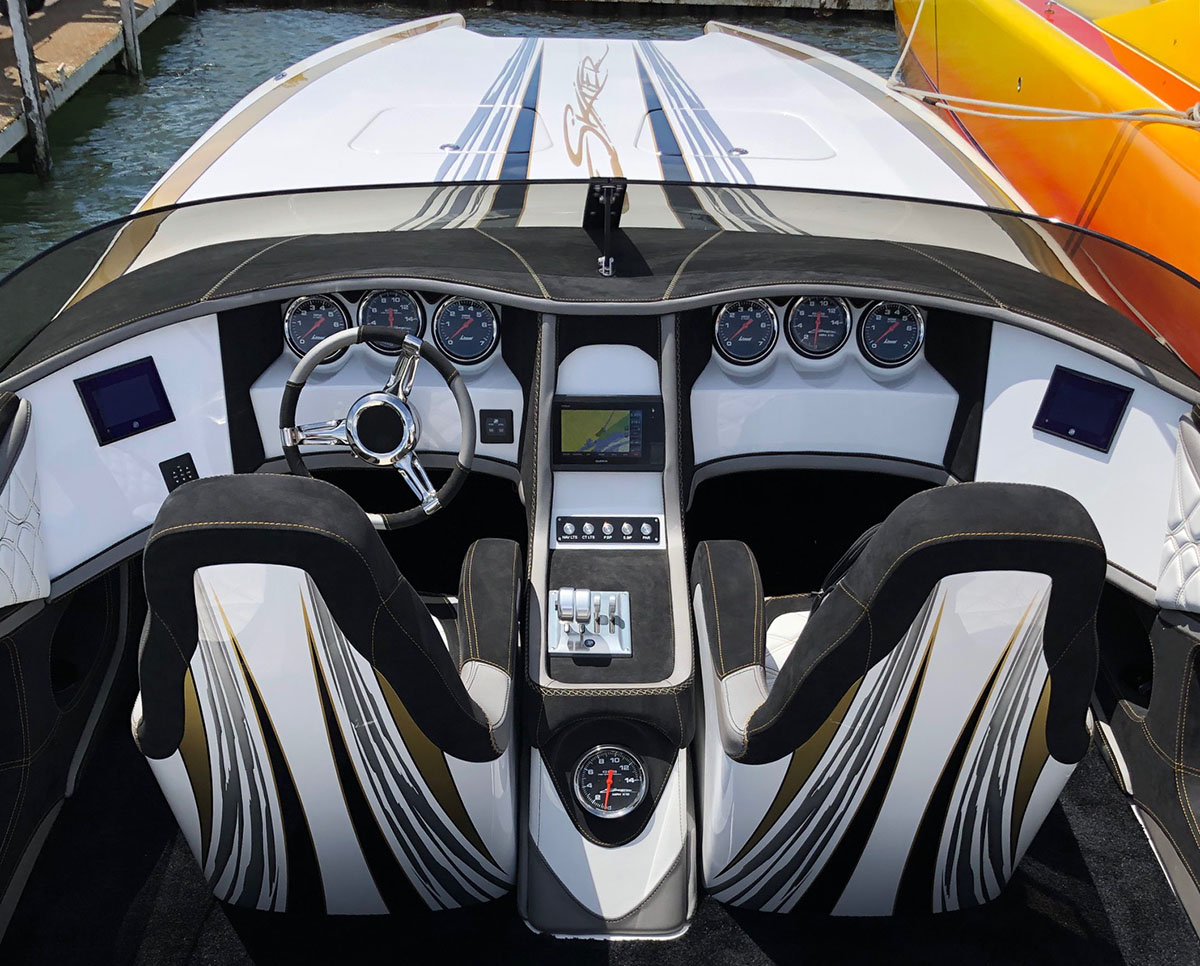 Of course Fountain and Tirakian—both of whom plan to attend fellow Michigan boater Ron Szolack’s one-and-only Skaterfest (Aug. 8-10)—won’t be the only ones having a good time in the state of Michigan this summer. Starting with this week’s fifth annual Muskegon Powerboat Weekend (June 14-16), which is held in Muskegon and hosted by West Michigan Offshore, performance boat events from fun runs to races are abundant in The Mitten.

For example, the Boyne Thunder Poker Run in Boyne City is set for July 12-13 and the following weekend is WMO’s Rock The Coast event in Grand Haven (July 19-21). Then there’s the aforementioned Skaterfest in Harrison Township followed two weeks later by the WMO season finale—the Gold Coast Summer Blast (Aug. 23-25), which is set to travel from Grand Haven to the South Haven Municipal Marina where club members can head into town for some great food and beverages.

Another fun and unique event, which takes place each year midweek, is the Lake St. Clair Fun Run (June 26) hosted by Ann and Dennis Plegue as a fundraiser for Special Olympics Michigan.

About a month after the fun run, the American Power Boat Association Offshore Championship Series produced by Offshore Powerboat Association and Powerboat P1 stops in St. Clair for the annual St. Clair River Classic (July 26-28). And while the following weekend’s fifth round of the APBA Offshore Championship Series (Aug. 2-4) doesn’t take place in Michigan, it’s pretty darn close. Plus the Great Lakes Grand Prix in Indiana gets bonus points for being hosted in—where else?—Michigan City.

For fans of tunnel boat racing, the NGK Spark Plugs Formula 1 Powerboat Championship is hosting its third round of the series in Bay City (July 12-14) during the festive Rockin’ the River.

There’s likely even more going on in and around Michigan this summer—like the LEOPA Thunderfest (Aug. 3) to Put-in-Bay, Ohio, which is sure to attract many Michigan performance boaters, but the list above is a good start if you’re looking to have some fun in the Great Lake State.