You are at:Home»Events»Ready To Rock The Harbor Again

With the first event under their belt, David Landsman, Jimmy Jernigan and Victor DiMarco are energized about the return of the Rockin The Harbor Poker Run to Maryland this summer. Landsman, the veteran performance boat enthusiast who partnered with Jernigan of the Chesapeake Bay Power Boat Association and DiMarco of the Thunder In The City Poker Run to bring the event to his hometown last year, is particularly excited to host another “rockin” good time in downtown Baltimore at the end of June. 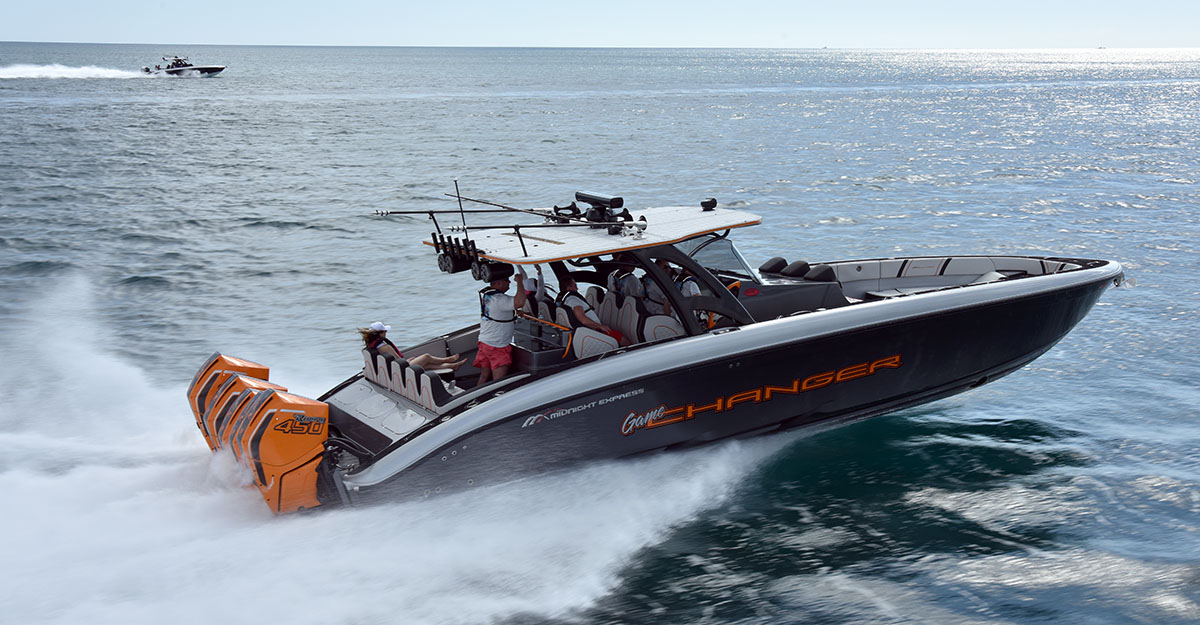 “It’s a little early still but we are already ahead of last year’s registration at this point,” said Landsman, who plans to run Game Changer, his impressive 43-foot Midnight Express powered by five Mercury Racing 450R engines, in the poker run. “We had 63 boats in 2019 and we’re expecting at least 80 boats for the run this year. We can accommodate 100 boats and several hundred people with the larger banquet room we’ve lined up. The marina and everyone we worked with last year are welcoming us back with open arms. The main difference is going to be the lunch stop as The Jetty was maxed out last year so we’re going to go to Red Eye’s Dock Bar instead.”

Landsman said Harbor East Marina ended up being a perfect place to host an event, especially with the adjacent Four Seasons Hotel and Harbor East Marriott, which is set to host the Saturday night dinner party and awards banquet. 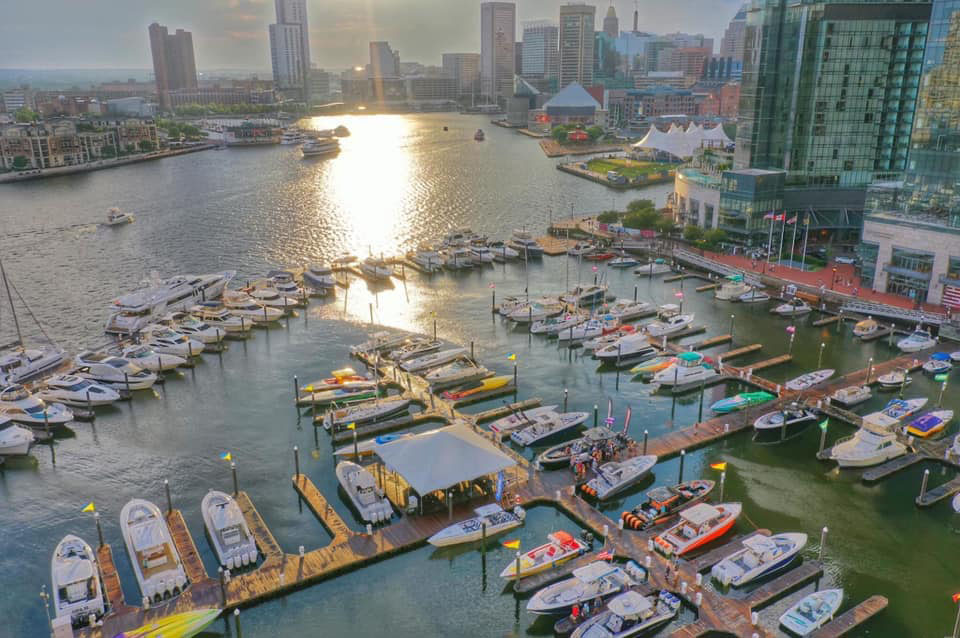 The inaugural Rockin The Harbor Poker Run at Harbor East Marina in Baltimore was a success. Photo courtesy David Landsman

“We had so much fun last year and it should be even better this year,” Landsman explained. “We have a good run planned—an excellent course that covers more than 70 miles and takes participants across the bay and back up some rivers.

“This event is a legit poker run,” he continued. “My goal was to make this a real-deal, old-school-style poker run where you go to five stops and get your cards. It’s about the boating—getting out there and boating with other like-minded boaters. Of course there’s a lot of fun to be had once the boats are back at the docks and tied up. That’s where the Friday night dock party and bikini contest comes into play. Our goal is to make everyone who comes to the event feel like a VIP, make them feel like they’re doing something they couldn’t do on their own.”

Boats of all shapes, sizes and colors showed up to boat on Baltimore’s Patapsco River and the surrounding waterways during last year’s poker run. Photo courtesy David Landsman

Landsman also pointed out that Baltimore offers a little something for everyone.

“Baltimore is a gorgeous city; there’s nothing like it in my opinion,” he added. “For a boating venue, It’s hard to beat and there are so many options in terms of nightlife. There’s a lot going on here in the summer. I’m looking forward to doing the run and using my new boat, which is set up for a little more fishing than my last one and a whole lot of partying like all my boats, throughout the summer. The Midnight is really cool. It’s a fully loaded, big, wide, heavy boat that cruises in the mid-70s thanks to the five 450s, and the technology is so advanced. Not many center consoles can perform like this boat does.”

Landsman added that he is available to answer any questions anyone has about this year’s event that are not answered on the website.