You are at:Home»Events»The Skater Circus Comes To Town

After chatting with Skaterfest organizer Ron Szolack this morning, I’m more than a little jealous of everyone heading to the ninth annual event in Harrison Township, Mich. And I’m wishing I could be in two places at once. It’s going to be another all-out celebration of the brand by owners who are more than a little committed to it.

For these folks, owning a Skater Powerboats catamaran isn’t a passion. It’s a religion. They’re like a cult, only benign (mostly, at least). 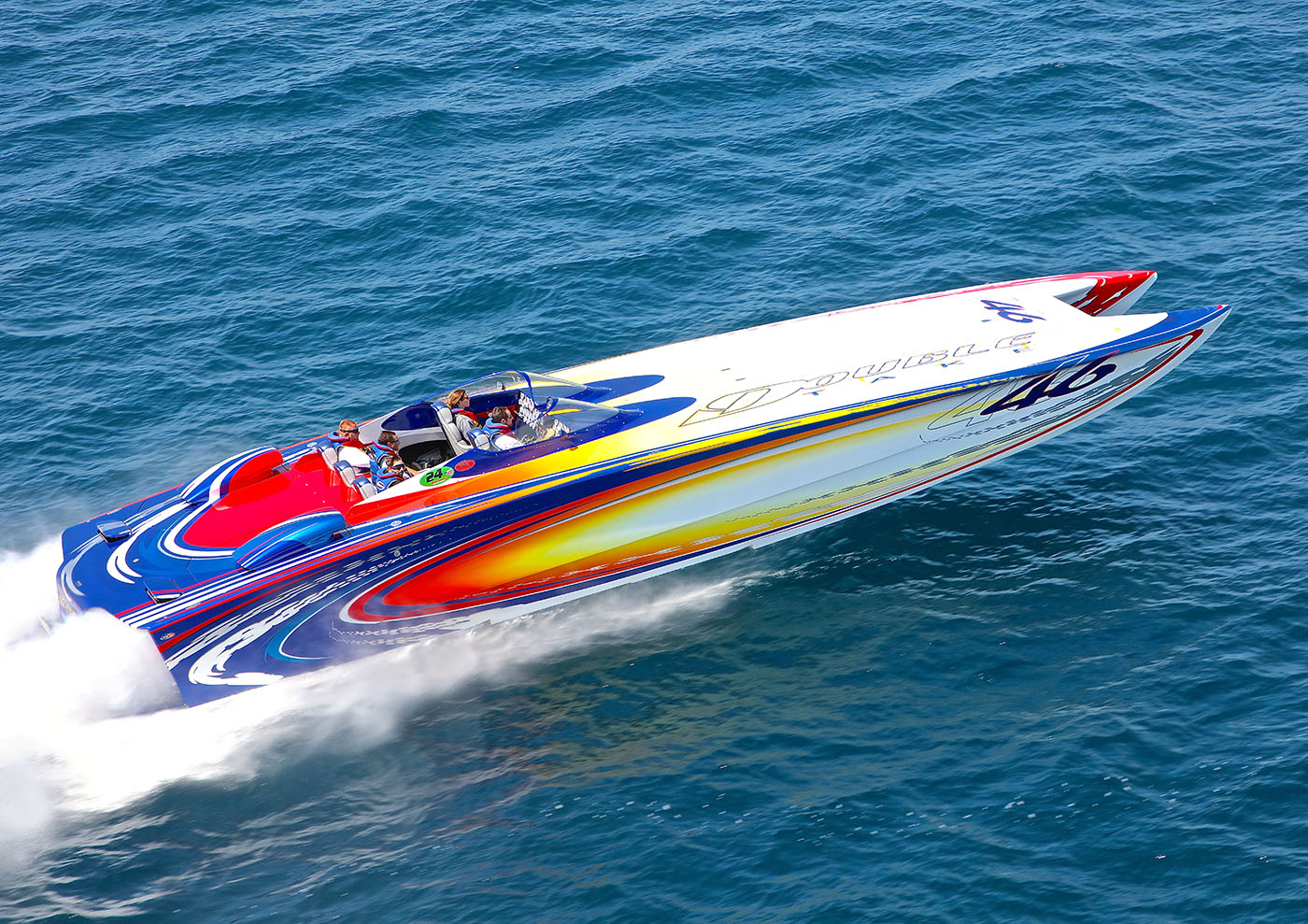 Szolack, who will spend most of the day helping his guests get their catamarans squared away at Metropark on the shores of Lake St. Clair, is expecting 50 boats and at least two times as many people. He’s particularly stoked to be hosting several Skaterfest first-timers such as the Louisiana-based crew of Nate Michel, Michael Pierce and Dave Branton, plus the likes of Skaterfest veterans Todd Fountain, Greg Harris, Chris LaMorte, Mike D’Anniballe of Sterling Performance and many more.

“All the usual gang will be here,” said Szolack. “But you never really know who will show up.”

Based in the Fort Lauderdale, Fla., area, Harris has attended five Skaterfest events—he’s so into the brand that he even showed up before he owned his first Skater, a 32-footer called Mad Props.

“It’s like a fun run with the Skater true believers,” said Harris, who arrived last night with his boat, which he will run with Yvonne Aleman, his longtime girlfriend, this weekend. “Ron is such a great host, and the waterways are unlike anything in South Florida.

“Multi-time Skater owners are more of the rule here than the exception,” he added.

Among the guests at Skaterfest 2019 is longtime Skater man and former offshore racer Danny DeSantis, who owns a McLaren dealership in Boston. Szolack is particularly happy to see DeSantis, as not only did he bring his own Skater 388 catamaran, he brought Szolack’s new McLaren 720 sportscar.

Said Szolack, who is no stranger to exotic automobiles or boats, “It’s fast.”

Asked if he planned on selling the car in the near future, as is his habit with new Skater catamarans he commissions, he laughed.

“Maybe next week,” he said. 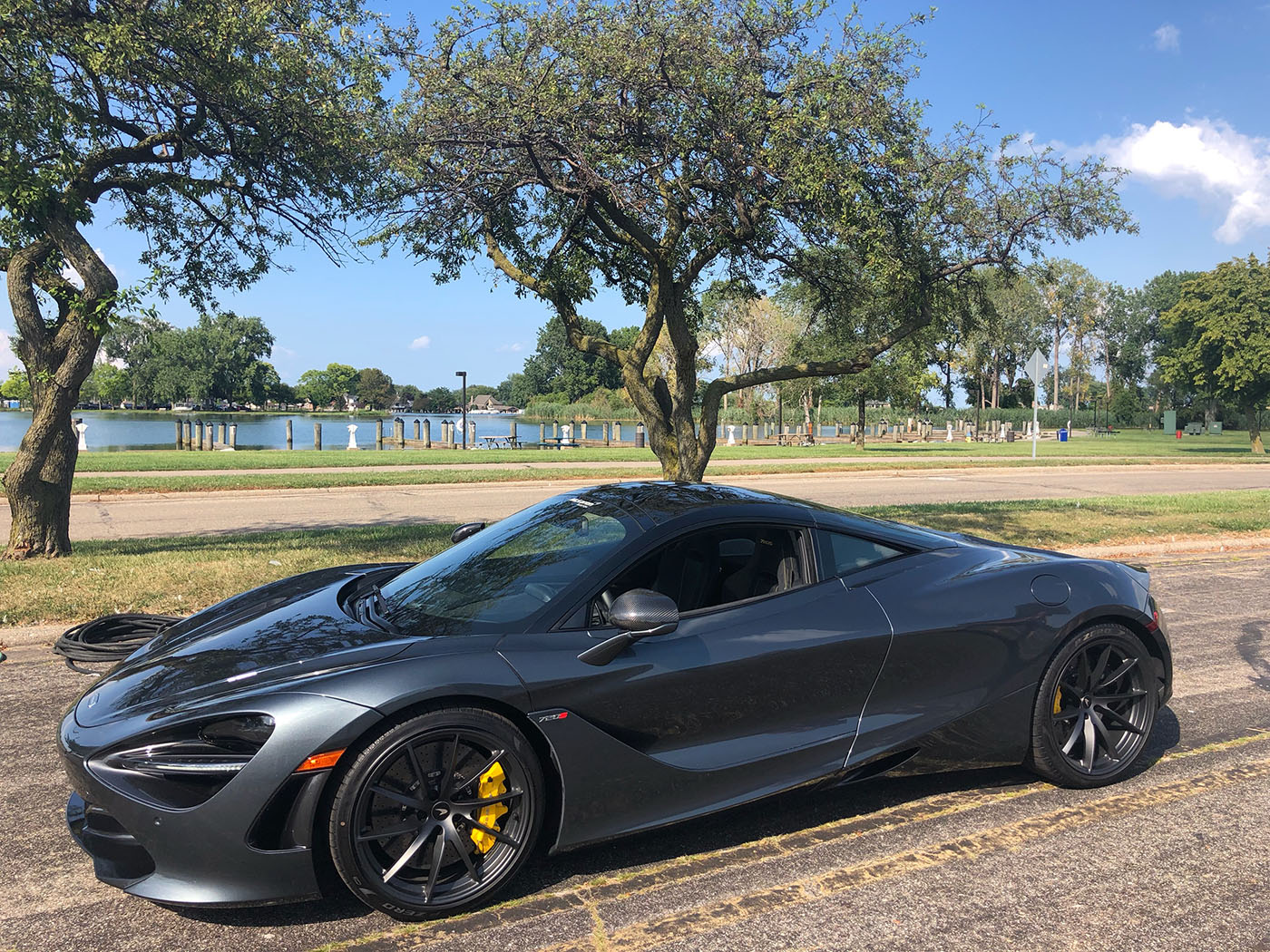 Szolack isn’t the only 2019 Skaterfest participant taking delivery of a shiny new toy this weekend. He recently sold his stunning new Skater 368 catamaran, and the mystery buyer—Szolack is keeping it under wraps—will arrive tomorrow.

“He’s flying in to surprise everyone,” he said.

No surprise to anyone, speedonthewater.com chief photographer Pete Boden will arrive at Skaterfest today. So there will be no shortage of excellent images from the weekend.

Note to self: Get to Skaterfest 2020. No excuses. No prior commitments. Just be there.