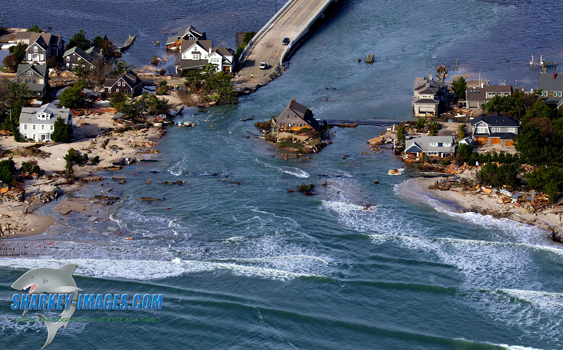 The remains of the Mantoloking Bridge, since repaired, in Brick, two days after Sandy’s fury. (Photo courtesy Tim Sharkey/Sharkey Images.)

“No man is an island, Entire of itself. Each is a piece of the continent, A part of the main.”—John Donne

In the winter 2013 issue of Sportboat magazine—the issue that’s just hitting the newsstands now—there’s an article I wrote called “Jersey Sure.” It’s a story of how the New Jersey go-fast powerboat community has become one of the strongest communities of its kind, a community that is—for all intents and purposes—a family. For reasons I can’t quite understand and am not sure I want to, I have been adopted into that family. Maybe it’s the vowel at the end of my last name. Maybe, as a native and resident of California, I’m a novelty. I don’t know. I don’t care. I’m just honored to call them family.

Now, that family is being tested in a way it never has before. Hurricane Sandy didn’t simply destroy lives last week, and by no means am I minimizing that, it changed New Jersey forever. It obliterated places like Seaside Park, Seaside Heights, portions of Atlantic City, areas in and around Toms River and much, much more. The storm created three new inlets to Long Beach Island. It made driftwood out of the Atlantic City Boardwalk, and an artificial reef out of a steel roller-coaster in Seaside Heights.

But I’m not telling you anything you don’t already know if you have even the most basic cable television package and Internet access. The disaster of Hurricane Sandy in New Jersey is well documented to the point of being inescapable, even overwhelming. That’s just the age we live in.

But here’s something you probably don’t know unless you’re familiar with the New Jersey go-fast boat community: though these people are down, they are never out. They will persevere. They will rebuild—and what they create from the wreckage will be better than it ever was.

Anyone want to bet against Shore Dreams for Kids happening next summer? I’ll give odds.

For sure, the New Jersey go-fast boat crew has nothing but an uphill slog ahead, and the grade of slog varies with individual circumstances. At the moment, Bob and Madeline Christie, the owners of the famed 44-foot Speed Racer MTI catamaran, have no idea how their oceanfront home in Seaside Park fared because they can’t reach it. They only know—thanks to photos—that it’s still standing. Frank and Melissa Civitano, on the other hand, know exactly how well their home in Toms River weathered the storm. It didn’t. It’s condemned. 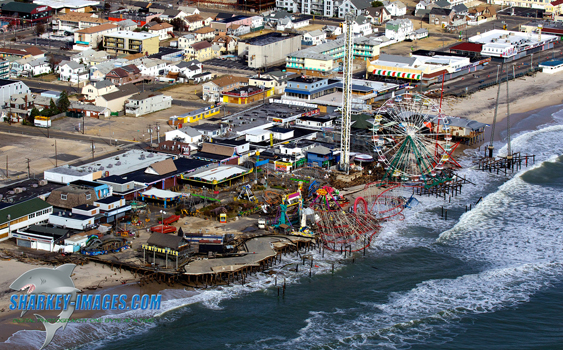 The stories of loss and tragedy are endless. But there’s another tale unfolding right now, and it’s the story of New Jersey go-fast boat community members reaching out to one another and coming together with offers of everything from help with salvage to places to live. Reading the Facebook posts of my friends in New Jersey has left me in tears, most of which, despite all the loss and sorrow, are tears of joy. The best comes from Frank Civitano.

“Longest day of my life,” he wrote in one post. “Empty the house, all your life thrown away in a flash of a storm. The one thing I thank God for is no one in my life was hurt.”

“I know we will get through this,” Civitano wrote in another Facebook post to console a friend. “We have Jersey Blood.”

More perfect words could not have been written.