You are at:Home»Industry»John Cosker Burns Bright 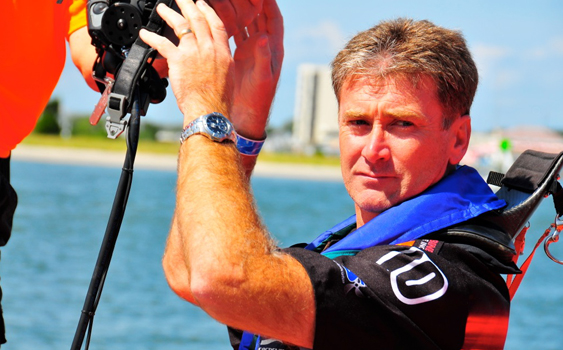 John Cosker: “I like the challenge of building boats.”

It’s hard to overstate the reach of John Cosker, the founder and owner of Mystic Powerboats in Deland, Fla., in the high-performance powerboat world. Break it down into levels and you can wrap your head around it—or at least try to.

Level I is “building the Cosker-designed Mystic line,” which for all intents and purposes means three to four $1 million-plus, carbon-fiber and epoxy 50-foot catamarans a year. Worth noting are past Mystic projects that include 55- and 70-foot V-bottom performance yachts

Level II is “designing for center console boat builders,” most notably Deep Impact (all existing models and the upcoming 42-footer), Contender (the entire LS series plus a 60-foot yacht  project), Concept (the 44-footer) and Midnight Express (the 37-footer and a new 43-footer).

Also falling into the Level III category was the GTMM 39’ V-bottom. Cosker helped reconfigure the slinky 39-footer and then built it for company owners Giovanni Theodoli and Scott Smith in time for its February debut at the 2012 Miami International Boat Show. And then there was the 48-foot Ocke Mannerfelt-designed V-bottom raceboat, SilverHook, that Cosker built the year prior for the Lucas Oil team.

Level IV, the most recent addition to Cosker’s repertoire is “pure contract building,” meaning no design services are offered or required. To this end, Cosker most recently took on building the Panther outboard-powered Stock class raceboats for Powerboat P1 USA. 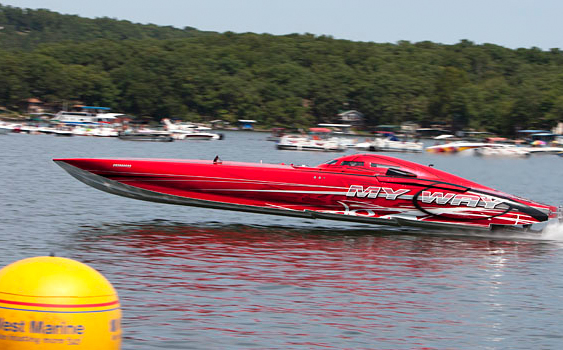 The turbine-powered Mystic My Way cat will defend its Top Gun title later this month at the 2012 Lake of the Ozarks Shootout. (Photo by Robert Brown.)

The question begs to be asked: When does John Cosker sleep?

“I work a lot of hours,” Cosker quips and then laughs. “There is no way I could do what I do without a very understanding wife in Robin who has seen my dream and supported it through thick and thin since we were in college together.”

College for Cosker was the Florida Technical University in Melbourne, where he earned a degree in ocean engineering and specialized in high-speed small-craft design. Cosker started Mystic in 1996 with his own designs for a 32-foot catamaran he never built. Instead, he went bigger and built a turbine-powered 55-foot V-bottom for entrepreneur and go-fast boat enthusiast Dave Callan and, later, a 70-foot V-bottom yacht for another client.

With Callan behind him, Cosker acquired a 43-foot Tencara catamaran designed by Michael Peters. Cosker had a plan, and the 43-footer became the test bed for the 50-foot cat he would eventually design and build.

“Absolutely, the 43 Tencara was the foundation for the 50,” says Cosker. “We instrumented every inch of that boat to get what we wanted. But the Tencara was designed as a 150-mph boat. We wanted a 200-, 225-mph boat, and that’s about where we are with My Way.” 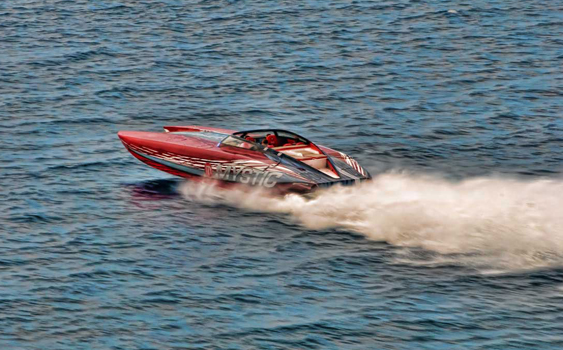 Not coincidentally, that particular turbine-powered 50-foot Mystic will, if repaired in time after its recent crash at the 1,000 Islands Poker Run, head back to the Lake of the Ozarks Shootout at the end of this month to defend its Top Gun title. Then again, defending those titles is something of a tradition for Mystic.

“When we originally went to the Shootout, I’d never even heard of it,” he adds. “It was all Dave Callan telling me about it and getting us there. But it’s been a great event for us—and an important event for the industry.”

But here’s the reality of building less than three or four exotic 50-foot catamarans, even those that cost $1 million and change, a year: it isn’t enough to justify the expense of Cosker’s 30,000-square-foot facility. And so with the economy beating down the entire high-performance world for the past four-and-a-half years, the busiest designer and builder in the custom high-performance powerboat world takes on outside work. Lots and lots of it. 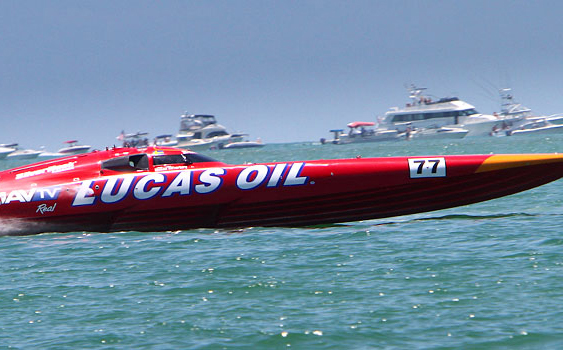 The Lucas Oil back SilverHook raceboat was designed by Ocke Mannerfelt but built Mystic.

“There are a lot of people who want a 50-foot Mystic, but when it comes right down to it there really aren’t a lot of people out there who can write that kind of check,” says Cosker. “The big catamaran market is still soft. We have a 40-foot cat plug we’ve been working on and there’s interest in it, but no one has stepped up to write a check just yet. So we have taken on a lot of other work.

“I created a whole new vinylester and resin crew to handle Powerplay, GTMM, and the P1 raceboats, and I enjoyed getting that set up,” he continues. “Now that the P1 raceboat production is up and running, they probably won’t see me much in there. But I like the challenge of building boats. That’s the one thing in boat building, there are continuous challenges. It’s not like we’re building boats with robotics or anything like that. I like all the challenges of designing and building, I like the personal interaction with clients. I like all the work.”

And that’s a good thing, because John Cosker has a lot of it.