You are at:Home»Industry»Waste Not, Fill Not

If you’ve ever toured Mercury Marine headquarters in Fond du Lac, Wis., you know that Plant No. 3, which according to a Mercury Marine press release is “the hub for the company’s parts and accessories distribution worldwide” is simply giant. And as you’d expect given its mission, the facility uses massive amounts of packing materials that could—key word—become tons and tons of landfill waste.

For the record, even people in the landfill business—and I actually know one—don’t particularly love landfills. No one does. Landfills are at best inelegant solutions to waste disposal, at worst ticking environmental time bombs. Most reasonable people agree that the less garbage we have to dispose of via landfills the better. It’s hardly a controversial environmental stance, much less a radical one. 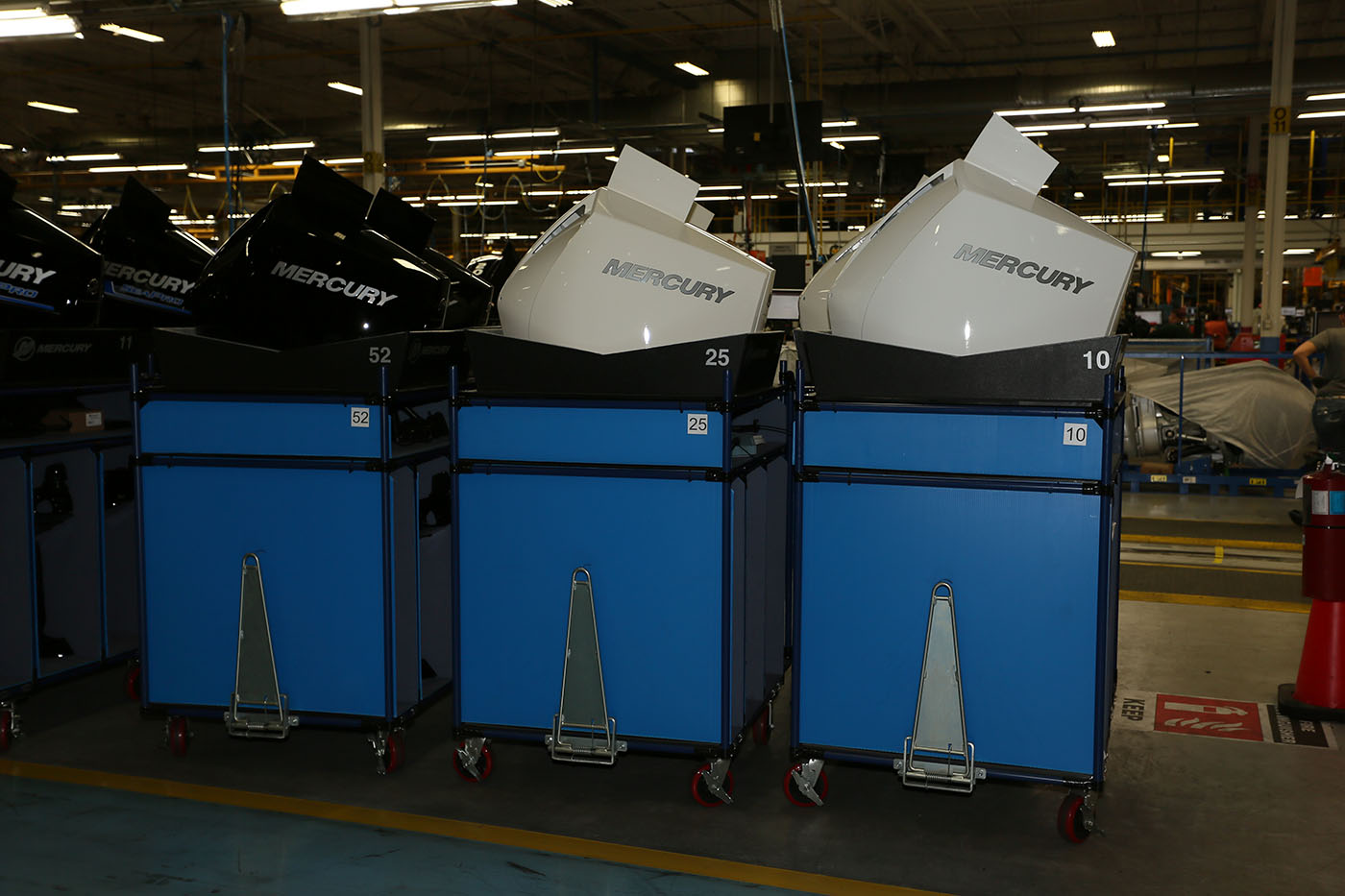 That makes the recent “Zero Waste To Landfill” designation earned by Mercury Marine’s Plant No. 3 an effort to be recognized and applauded.

“People use and enjoy our products out in the world’s natural environments and we are driven to make the world cleaner and increasingly welcoming of those activities,” said Chris Drees, Mercury Marine president. “We are thrilled to achieve the first Zero Waste to Landfill designation for one of our plants.”

Of course, the accomplishment didn’t happen on its own. According to the aforementioned press release, a task force charged with achieving the Zero Waste to Landfill status undertook a months-long process of defining standards, identifying measurements of waste output, and enhancing initiatives that focus on reducing, reusing and recycling materials.

“To define Zero Waste to Landfill in the manufacturing and warehousing context, the team adopted standards established by the world’s leading zero-waste organizations,” the release stated. “Waste streams addressed in the initiative include cardboard, paper, plastic, metal, wood, and various hazardous and non-hazardous materials. The team developed procedures for ongoing monitoring and measuring of these waste-stream materials generated as a result of the plant’s operations, and of the amount of these materials moved into the proper processes of reuse and recycling.”

Short version? The folks at Plant No. 3 so refined their materials usage and recycling processes that their leftovers don’t need to be dumped into holes in the ground.

Of the hundreds of high-performance powerboat enthusiasts I know across the country, I can’t think of one who would describe this as a bad thing. You actually can burn lots of fossil fuel and care about the environment. They’re not mutually exclusive.

And Mercury Marine isn’t done yet. “We will use the work we invested in this outcome as an inspiration and template for continued achievements in environmental stewardship,” said Drees.

Waste not, fill not. Why not?