You are at:Home»Inspiration»When Friends Have Your Back 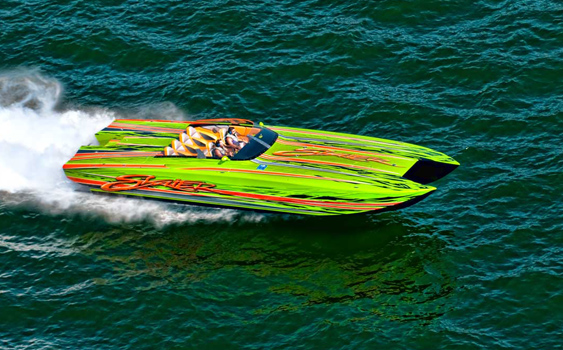 Proceeds from the Smith Power Memorial T-Shirt sale will go to the trust fund for the children of Brad Smith, who died in September 2013 with Jeffrey Asbell during an accident on Lake Cumberland. (Photo by Jay Nichols.)

That last thing I need—and I mean the last—is another T-shirt hawking the goods and services of a high-performance marine industry company. As you can imagine, after 20 years of covering the go-fast powerboat world I’ve picked up a few T-shirts. Most often, I give them to friends who thank me for the “cool shirt” and in that way—putting a logo on someone’s back—the manufacturer’s objective is served. Whose back the shirt ends up on doesn’t matter.

But when I finish writing this piece, I’m going to order a Smith Power Memorial T-shirt through the Smith Power Memorial Facebook page. And I won’t be giving this one away—I’ll wear it until it falls apart and I have to order another one. For $25 per shirt, I think I can afford a few, especially since 100 percent of the proceeds are going to a trust fund for the children of Brad Smith, who as most people in the performance-boat community know died, along with Jeffery Asbell, in a high-speed boating accident late last summer. The trust fund will be earmarked for the college educations of Smith’s children, Brandon, 17, Kaylee, 10, and Blayden who is just two years old. 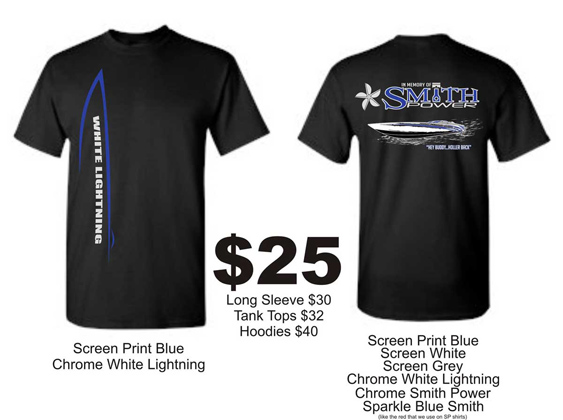 The T-shirt features the Smith Power logo on the back and the White Lightning graphic on the front.

That the shirt has White Lightning, a well-known V-bottom with Smith Power engines that frequents the Lake of the Ozarks in Missouri (Read the story), on the front and the Smith Power logo on the back makes perfect sense. After Smith died, Travis Reed, who owns the boat and was one of Smith’s best friends, told Krissy Smith, his widow, that he wanted to do something for their kids.

But the truth is, Reed didn’t want to do something—he had to. He needed a way to start processing his grief. And the truth about that is he has a long way to go.

“I called Krissy and said, ‘I really want to do a T-shirt for the kids,” said Reed. “I told her I want everything to go to the trust fund for the kids, and she said, ‘Fine, you can do whatever you want.’ I had put the Smith Power logo on my White Lightning T-shirts since the early day. So I went ahead and called Dynamite Graphix in Joplin (Mo.), the company that Brad had always used and had them put together a design and make shirts so we could sell them. We started talking about it in November and printed out the first T-shirt last Thursday. I think we have sold 150 so far, and everything is going to the trust fund for the kids.”

Reed paused for a moment, something he still has to do often when he talks about the friend he lost last September.

“I made Brad a deal years ago,” he continued. “I told him I would do whatever it took to help him make it to the top. I am doing this to try to make sure his children are taken care of. He would do this for me. In my mind, he’s still alive. I can’t quit now.”