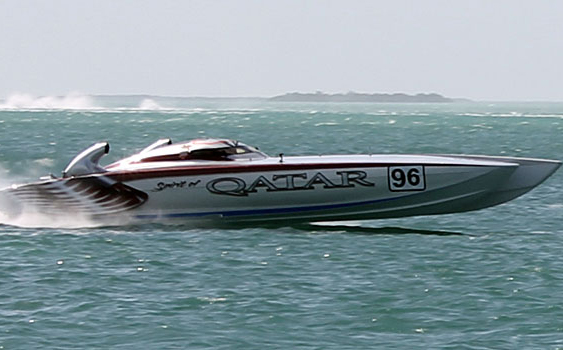 The Spirit of Qatar survived rough water and attrition to take a world championship in Key West.

Truth be told, most high-performance powerboat enthusiasts don’t get to be a part of the Florida Powerboat Club Key West Poker Run—which is celebrating its 20th anniversary—that happens every year in conjunction with the Super Boat International Key West Offshore World Championships. And even fewer—we’re talking 40-something teams this year with a maximum two racers per boat—get to take part in the offshore racing action.

Instead, you get to read about it in Sportboat and Performance Boats, two of the few go-fast magazines left standing, and on websites such as offshoreonly.com and speedonthewater.com. You get to see it through the images of photographers such as Jay Nichols, Jeff Gerardi, Tim Sharkey and Pete Boden.

My suggestion to those of you who haven’t been to this annual, early November weeklong celebration—key word—of the high-performance powerboat world? Go. Just once in your life. By boat, plane or automobile. Without the kids—definitely without the kids. 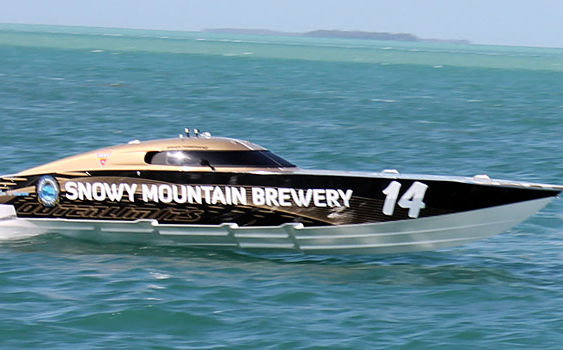 Despite having covered the event in one form or another more times than I care to remember, I get goose bumps in advance of Key West because in terms of highs—and lows—it never fails to disappoint. This year, thanks to Jason Johnson, my partner in speedonthwater.com who stayed through Sunday, I had the luxury of taking a surgical strike approach to the event. That means I got into Miami early Thursday morning, caught a ride in a 36-foot Deep Impact center console to Key West on Thursday and flew back to my home in Northern California early Saturday morning.

Counting articles leading up to the Key West Worlds and poker run, Johnson and I generated more than 20 stories about or related to the event. Here are the highlights, at least from my desk back in chilly California.

Against tough competition in the form of Gasse and Miss GEICO, the Spirit of Qatar team proved the adage that, whether conditions are rough—and they were rough throughout the SBI Worlds— or smooth, to finish first you first must finish. Black Sand’s continued dominance proved that Gary Ballough needs to be added to a list of elite throttlemen that includes Joey Imprescia and John Tomlinson. And the Instigator crew showed the importance of grit and perseverance in a competitive 10-boat field, the largest class at the 2012 Worlds.

Outerlimits Has Another Big Day In Key West

While the Outerlimits SV43 topped its class in the Friday race, the biggest Outerlimits story arrived in a much smaller package. With Brian Forehand handling much of the cockpit duty, SV29 called Snowy Mountain Brewery flat-out dominated the Superboat Vee Limited class on all three race days. Without question, the 29-footer has raised the bar not only for the class but also for all single-engine custom sportboats. 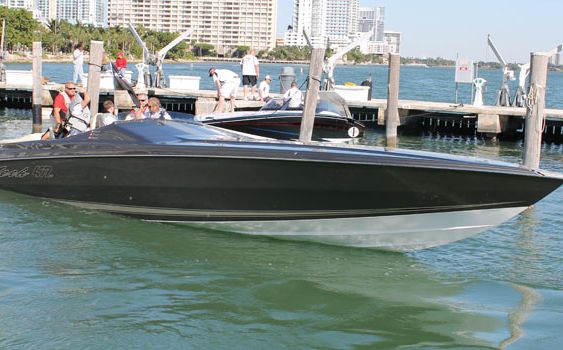 While Nor-Tech’s center console business is booming, its go-fast boat orders also are on the rise.

What the heck does this have to do with the Key West Offshore Worlds or the poker run? Simple, the poker run—not the racing—attracts just about every major high-performance powerboat builder you care to name. Walking through either of Thursday’s lunch stops puts you elbow to elbow with the industry players, and when I caught up with Scot Conrad of Nor-Tech and joked that the builder eventually could become the go-fast version of Yellowfin on the center console side, he told me that the Cape Coral, Fla., builder had seen a major surge in go-fast boat orders of late. Welcome news for sure. 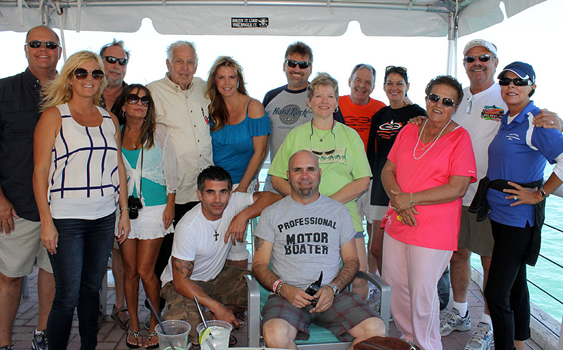 On Sunday, a group of friends, fellow racers and family honored the late Joey Gratton, Jeff Tillman and Bob Morgan.

That Joey Gratton, Bob Morgan and Jeff “JT” Tillman died in accidents during the 2011 Key West Offshore Worlds did not seem to dampen the general level of enthusiasm among racers and fans at this year’s event. Still, it was important to know that the three racers who perished in two accidents last year were properly remembered and recognized, thanks to organizer Ellen Greenleaf, during a gathering in Mallory Square on the final day of racing.

All photos courtesy of Jason Johnson.