You are at:Home»Legends»The Quest for the Perfect Season 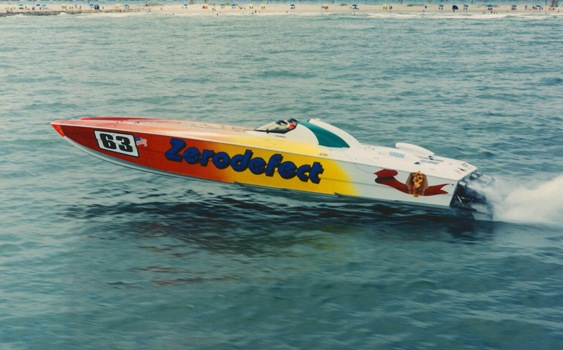 The cliché “you can’t win ‘em all” is used in countless post-race discussions, but it doesn’t ring true for a certain few who know better.  In fact, a couple of South Florida throttle-aces – Gary Ballough and John Tomlinson – rendered the statement null and void years ago.  These multi-titled competitors have set a benchmark for perfection and possess an elite membership to the club of racers that have scored an undefeated season.

The year was 1996 when Open Class contenders Laith Pharaon and John Tomlinson raced their way to a perfect season. Their 46’ Skater with twin Sterling 900-hp engines, appropriately emblazoned Zero Defect, won 10 consecutive races during what Tomlinson described as “a year of experimenting with dry sump drives and three speed gear boxes from Pat Weismann. Running the boat in Open Class for a full season was a first. Everything was new for us in 1996…it was one of the first boats I ever put a tunnel flap on. We did a lot of testing and a lot of learning was going on.”

With each stop along the circuit, it was obvious that their “experimental season” was perfectly dialed in. Tomlinson remembers the rough waters at Galveston, Texas, followed by a “no problem” race in Ft. Myers, Fla., and “running the three speed transmission for the first time at the Sarasota race.” He said their most challenging race was at the legendary World Championship venue of Key West, Fla., where the team campaigned as Nomad. 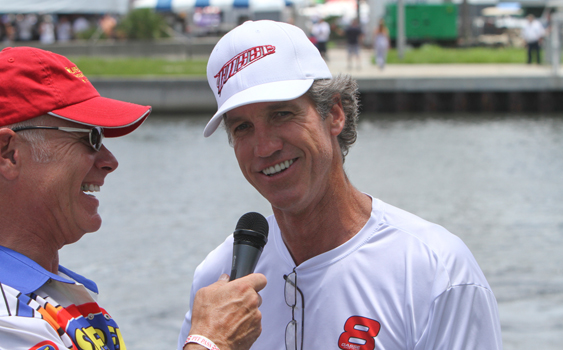 “There were nine or ten boats competing against us,” Tomlinson said. “I remember telling Laith, ‘Let’s just treat this race like any other. Let’s just go out and try to win this one. It was a close battle with Ohio Steel. We had a good advantage with our set-up, I used 2” taller props for that race. On the last lap, he was coming on strong, but I had the inside lane and knew I had enough to beat him. We made it to the finish line by 1 ½ seconds ahead. It was awesome.”

Six years later, Gary Ballough and Mike Majhess  wowed the fans with a lucky 13 string of wins aboard Aqua Toy Store, a one-of-a-kind 30’ Doug Wright catamaran in Superboat Stock Class. After capturing four consecutive checkered flags, Ballough recalled this question from Majhess following  the race:  “What if we won all the races?” To which Ballough replied,  “Dude, I think it’s only been done once before and by the gods at TNT.”

The team’s quest for perfection continued as the 2002 season progressed and when asked what his thoughts were going into the final event at New Orleans, Ballough remembered, “It was maddening. We knew we were on the threshold of something big.” 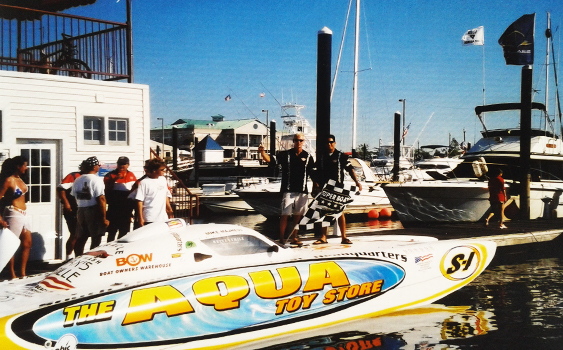 The milestone couldn’t have been timed any better as it came on the heels of a low point in Ballough’s life.  “I just got through a divorce and needed to lean on something. I put all my thoughts and efforts into it, offshore became a great outlet and helped me get through. Offshore is really a good friend of mine.” He credits the sponsorship of Ray Anthony as a driving force that moved the team into offshore history with “his funding and his personality. [That is how] we were able to accomplish this.”

As the 2014 offshore season approaches an official start, John Tomlinson and Gary Ballough are revving the race-ready drill as both prepare for the Superboat International’s inaugural Charlotte Harbor Superboat Grand Prix on Florida’s west coast from April 11-13. After missing last year’s Key West event, Tomlinson and owner/driver Tor Staubo are back with GASSE in a Superboat Unlimited contest alongside competitors CMS and Miss GEICO.

“It will be good to get back in the boat running with Tor and hopefully,” said Tomlinson. “We can come out with a win.”

This year, Gary Ballough is set to mentor Taylor Chastelet (his dad, Gerry, raced SuperCat Class) as the GB Racing team joins the Superboat Stock line-up. Ballough looks forward to this role, saying, “I’m thrilled to have this opportunity. We’re there to learn how to race first.”

Both have achieved racing credentials that translate into staying power by capturing a series of national and world titles long after their respective stellar performances ended. Gary Ballough summed it up, “I was fortunate enough to have the right people with me and behind me to have everything go our way. I am fortunate to have this in my racing career.” 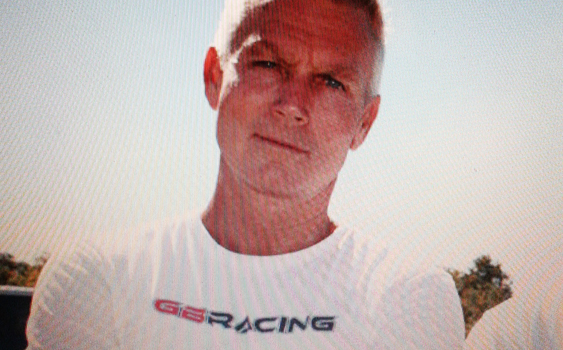 Looking back on the mega challenges required to garner a perfect season, Tomlinson said, “Years later, I realized how difficult it would be to repeat.  As the years went by, I became more appreciative of what we had done.”

Rumor has it, according to Gary Ballough, that there is another long-since retired-from-racing team  holding a membership in the perfect season club. Stay tuned!