You are at:Home»LOTO»Swoop There It Is! Shootout Queen Set to Run Skater 388 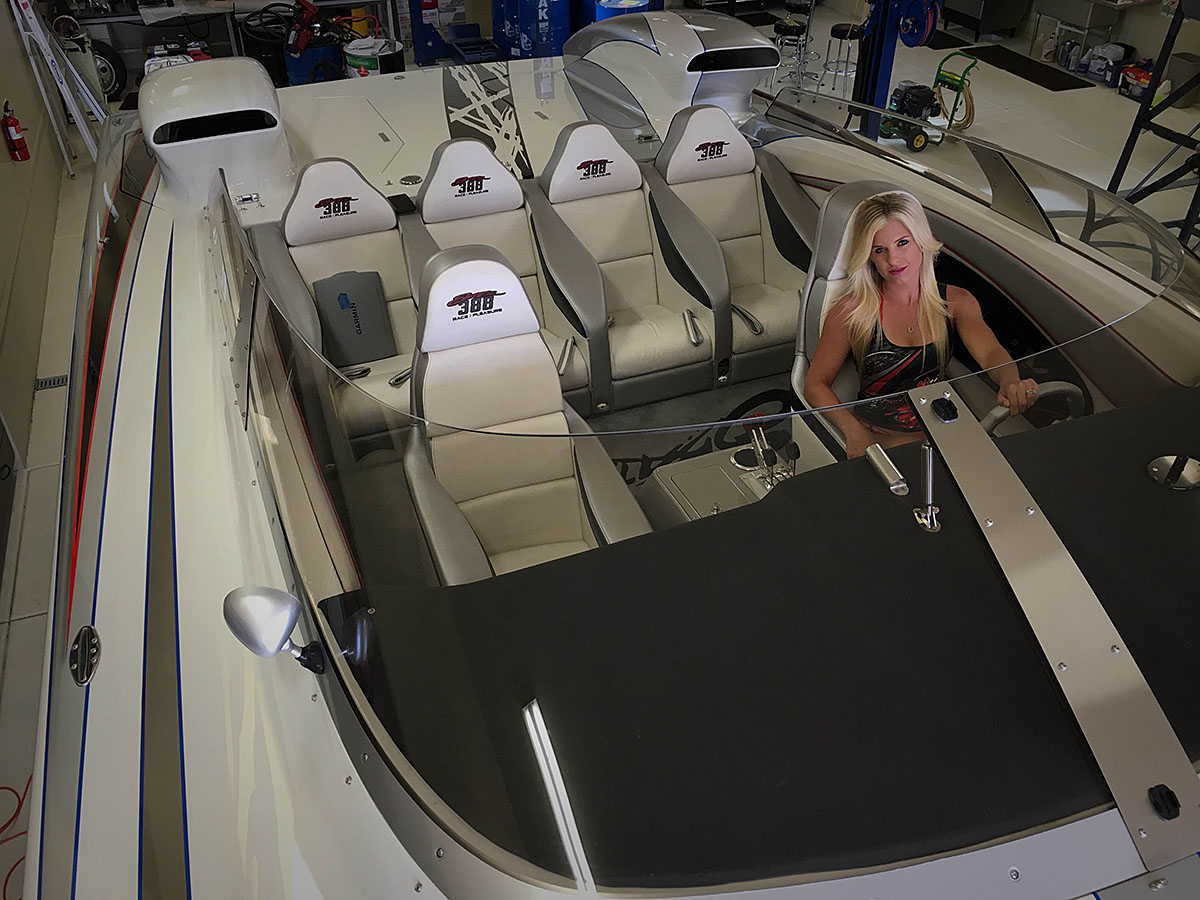 Itching to go faster, Southern California’s Summer Richardson will be behind the wheel of the Dial 911 Skater 388 catamaran at the Desert Storm Poker Run Shootout in April. (Photo courtesy Swoop Motorsports.)

Looking to build upon last year’s successful Shootout performances in Lake Havasu City, Ariz., and Sunrise Beach, Mo., Southern California native Summer Richardson is excited to announce that she’ll be “gunning for the big boys” this year with assistance from her husband, Travis, and father, Don London.

Do you hear that ultra-fast Shootout participants? You know who you are. Mrs. Swoop is talking to you.

Beginning with the Desert Storm Poker Run Shootout in April—the same event in which she took home the 2015 Queen of the Desert title with a 143-mph top speed in her DCB Performance Boats F32 catamaran with twin 1,050-hp engines from Teague Custom Marine—Summer said she plans to compete in several Shootouts this year in the Swoop Motorsports-campaigned 38-foot Skater Powerboats powered by a pair of 1,800-hp Carson Brummett engines. 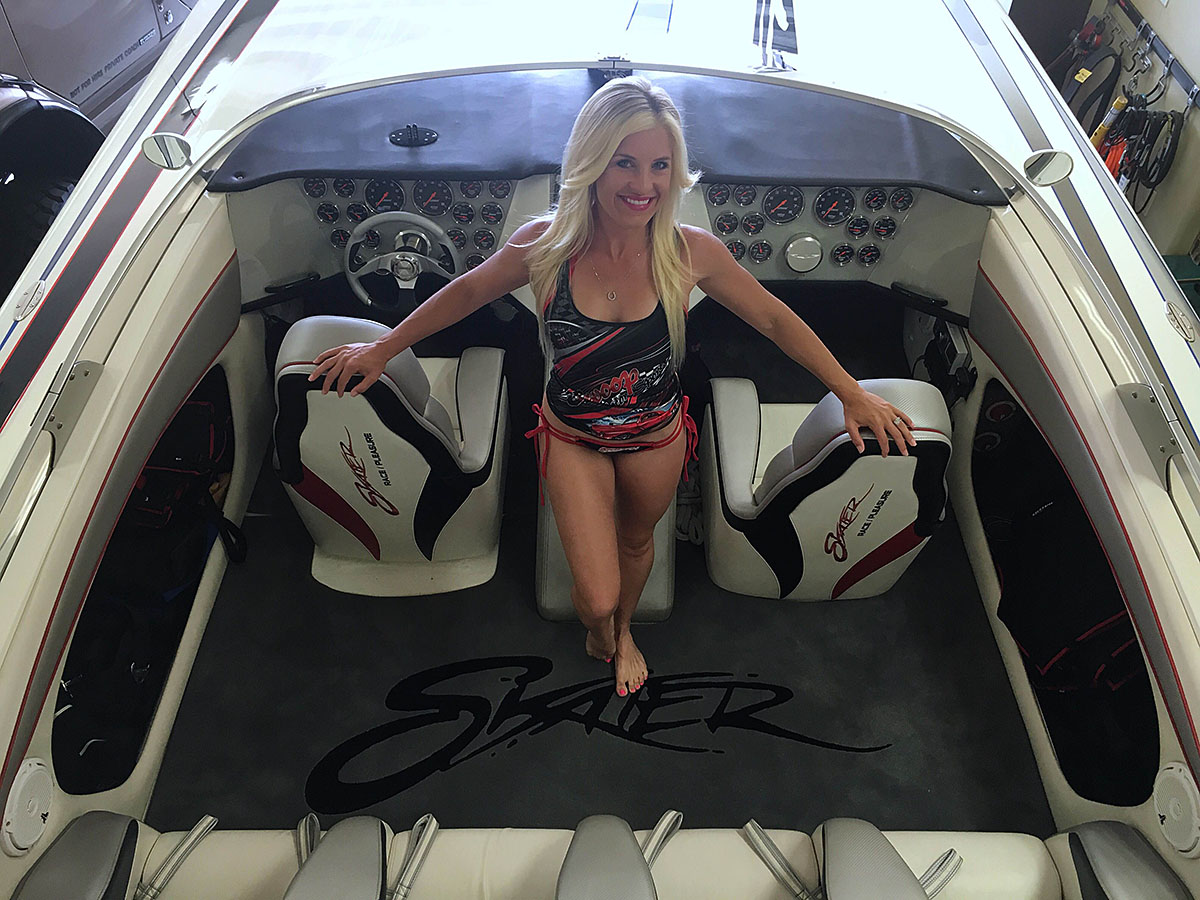 “Because of the size and the power of the Skater, we’re going to need to be on top of our game,” said Summer, adding that the boat has been named Dial 911 in honor of her dad’s former flat-bottom drag boat. “I won’t be going into this blind, that’s for sure. We’re going to do a lot of testing between now and Desert Storm. I couldn’t do this without the continued support from everyone involved with the family-driven Swoop Motorsports team.

“Because of last year’s hype and drama around the Lake of the Ozarks Shootout in Missouri, we figured it would be cool to raise the stakes,” continued Summer, who was featured on OffshoreOnly the week after running 147-mph at the 2015 event. “It’s neat to see the competition build and these events get more attention because of the female representation. I’m hoping to represent for all of the women out there, but I also believe that stronger female involvement could bring even more recognition to our sport.

The decision to focus a little more energy on Shootout participation was timed with the release of the Richardsons’ new Swoop Motorsports website. 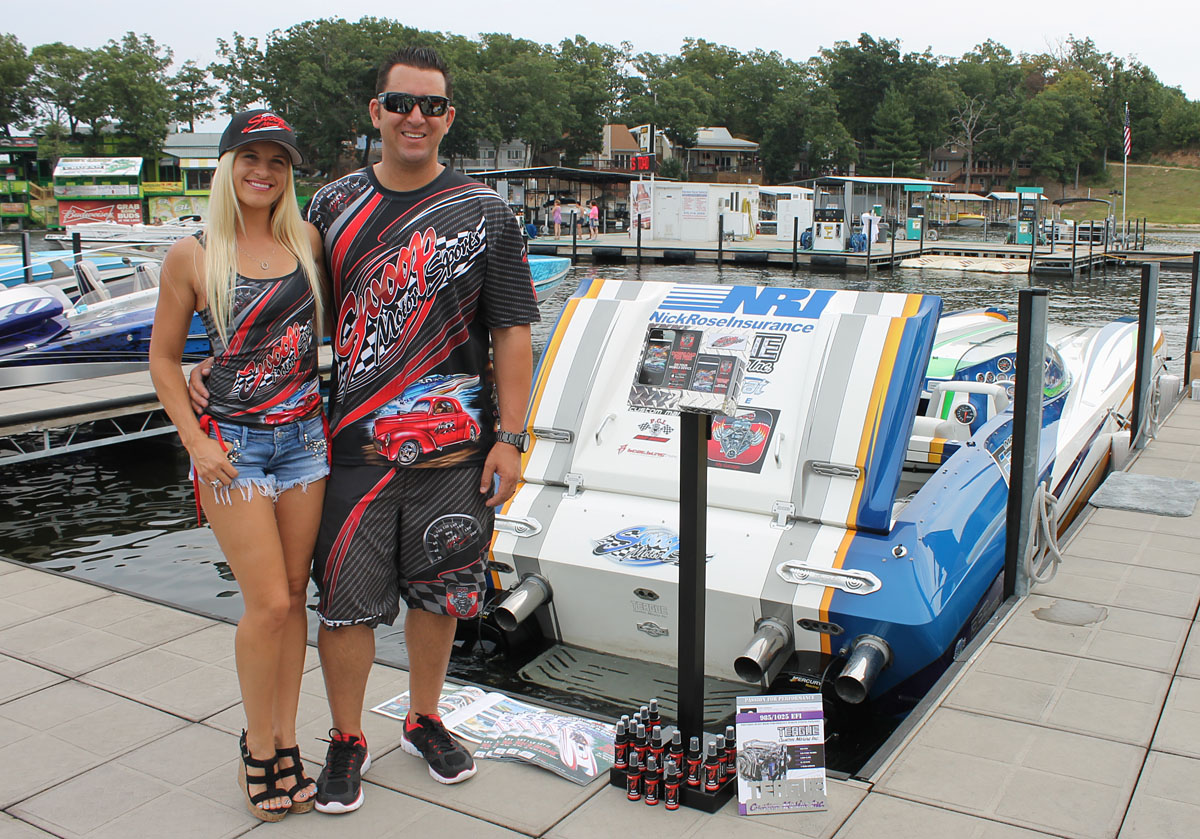 Summer and Travis Richardson will be running at full speed this year campaigning both the Skater and their 32-foot DCB, which Summer ran up to 147 mph at the 2015 Lake of the Ozarks Shootout. (Photo by Jason Johnson/Speedonthewater.com.)

“We’re revamping our website—it has a lot of innovative features we’re excited to show off,” said Travis, who plans to launch the new site just before the Desert Storm Poker Run at the end of April. “We have some sponsorship plans already in place and we’ll be running a Shootout team with the Skater and a poker run team with the Swoop Motorsports DCB. We look forward to an exciting and busy boating season.”

Along with a slick new design and useful site tools to make sharing information fun and easy, Travis said merchandise is going to be a significant highlight of the site, with options to create customized gear.

It’s easy to see that Swoop Motorsports is getting spooled up for 2016. In fact, the team is planning to test soon. Look out boys—and girls. “Tell them I’m bringing the storm,” Summer said with a laugh. “Got Swoop?”