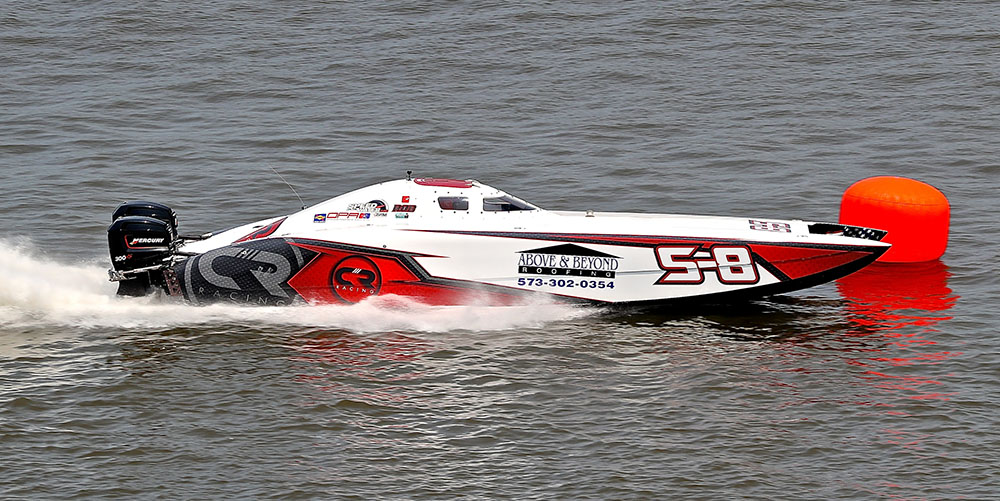 It is stories like this one that motivate me, my speedonthewater.com partner Matt Trulio and other online, print and broadcast media outlets to cover the sport of offshore racing. It goes well beyond a nondescript race recap that regurgitates what a fan can watch on a livestream or find on a race organization’s results webpage.

And no matter what did or didn’t go right behind the scenes of an event—everyone knows boats can break, audio feeds can cut out during broadcasts, errors can happen during registration and so on—it’s the fact that there are positive outcomes such as the CR Racing team earning the Lake Race Super Stock class victory in front of its hometown fans in Central Missouri after finishing last in 2018 after flipping its 32-foot Doug Wright catamaran that give us something to report.

Thanks to some added involvement with the Lake Race this year (speedonthewater.com produced the content for the event program), I had a front row seat for much of the action—before, during and after the event—from my office in California. Easily one of the most upbeat things I took from the second race of the 2019 American Power Boat Association Offshore Championship series produced by the Offshore Powerboat Association and Powerboat P1 was the aforementioned victory for CR Racing teammates Casey Boaz and Rob Unnerstall. 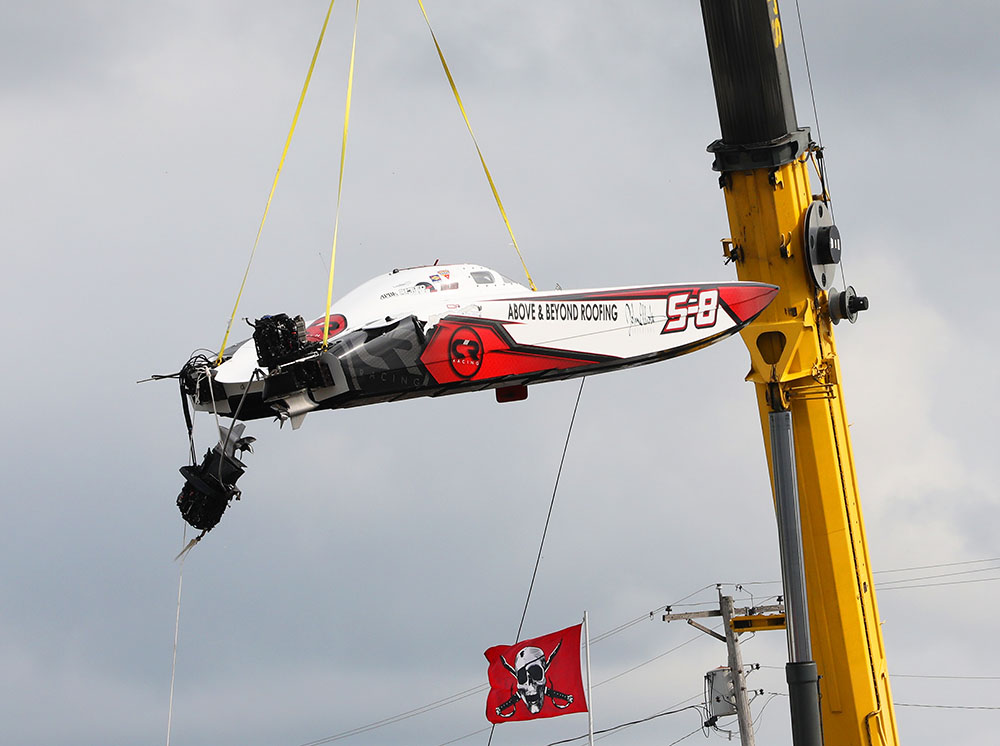 The CR Racing 32-foot Doug Wright left the 2019 Lake Race on Missouri’s Lake of the Ozarks in better shape than it did following the 2018 event. Photo by Jeff Helmkamp/Helmkamp Photos

“Our team worked so hard all week and we were right on the money with the setup for Saturday’s race,” Boaz explained. “It was a great race with great competition. We were happy to get out front because most of the boats in the class can win on any given day.

“We love racing in this class—there’s a lot of camaraderie amongst the group,” he added. “When it stops being fun, then we’ll know when to quit. “ 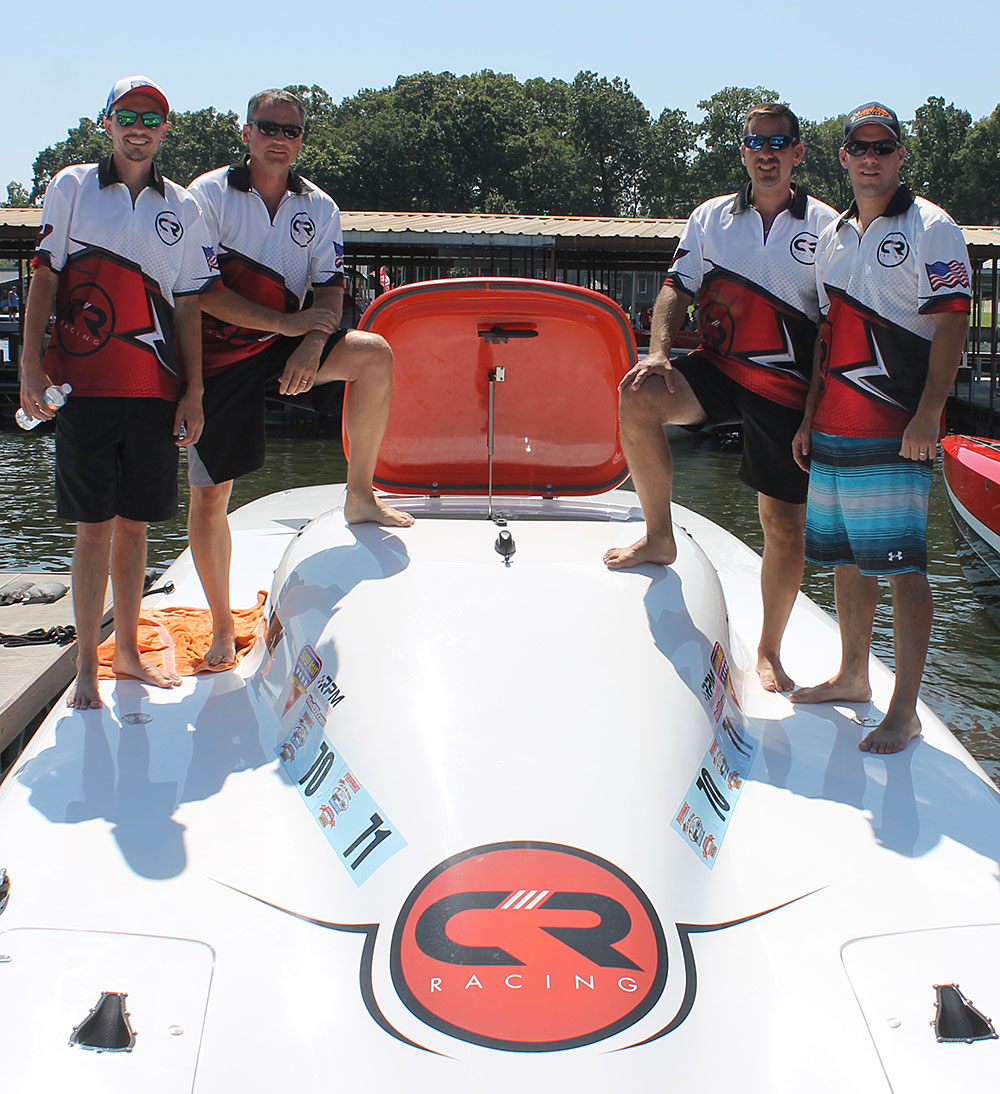 Boaz, who is hoping for similar results in the third round of the series, the Sarasota Powerboat Grand Prix in Florida (July 6-7), made sure to thank all of the team members who helped at Lake Race.

“Our teammates are phenomenal; without them, we wouldn’t be able to do what we do,” said Boaz, who helped pass out small No. 17 stickers that Unnerstall had made to recognize their fellow offshore racer Rusty Rahm, owner of the Wake Effects team who is unable to race while recovering from an injury. “It was awesome to get the win since we had so many family members in town to cheer us on.”

Along with taking home the checkered flag, Boaz also was excited about the test ride he took with fellow competitor Gary Ballough in FJ Propeller, Ballough’s new 32-foot Victory Team raceboat. “That was awesome—what a cool boat,” Boaz said.

That’s just another example of the commendable camaraderie in a sport with so many great stories.