You are at:Home»Predictions»Can Offshore Racing Survive Another Circuit? 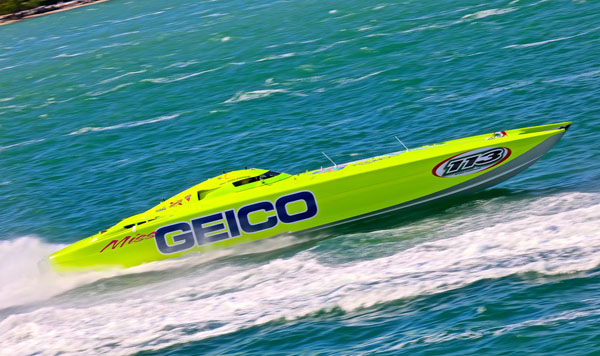 If SBI and RWO schedules hold as planned, offshore racers will have more events to choose from in 2018. Photo by Pete Boden/Shoot 2 Thrill Pix.

Next to, “Hey, can I get a free Speed On The Water T-shirt?” the question in the headline above was the one my partner Jason Johnson and I heard most during last month’s Super Boat International Offshore World Championships in Key West, Fla., during which the new Race World Offshore organization announced its 2018 event schedule at an informal press conference.

Based on covering the sport for 20-plus years, my answer was simple: If their race dates don’t conflict, there’s a chance. Beyond that, I make no predictions.

So lets at least look at the schedules for the coming season.

With the exception of the July contests, there are no obvious schedule conflicts, although it would be hard to imagine a team competing at the RWO National Championships Sept. 21-23 in Missouri one weekend and then heading to Clearwater, Fla., for the SBI Nationals the next.

Also, at this writing, both circuits have some vagueness in their schedules. SBI lists its July 20 Mentor, Ohio, contest as “Race Pending,” while RWO has a July 19-20 event set for the “Greater Cleveland area.” Clearly, at least to this observer, that means the venue is in play.

Yes, the planned May season-openers for both organizations are a long way off. Still, uncertainty in any offshore racing schedule upon its release isn’t exactly a confidence builder for racers and fans.

Theoretically at least, offshore racing teams could cherry-pick races and create their own schedules. In 2017, SBI had four regular-season contests—two in Florida, one in Indiana and one in Ohio—before its annual world championships in Key West. With the season starting in May, there were substantial gaps between races and that led to complaints among racers and fans. On the other hand, to be fair to SBI a number of teams still didn’t run the full four-race regular season schedule.

On the downside, the opportunity for teams to cherry pick events—and neither outfit has the clout to demand exclusivity from offshore racers—also could translate to thinner fleets overall. And no one wants that.

So let’s get down to it.

If the existence of SBI and RWO in any way fractures the sport, the prognosis for both outfits is bleak. Offshore racing history is littered with failed start-up organizations that last a few years and then when the principals either get bored or discover the sport is not the marketing/money-making pot of gold they imagined it would be, disappear. The Offshore Super Series looked promising for a few years but proved to be economically unsustainable. More recently, the Offshore Powerboat Grand Prix—beyond one race in Doha, Qatar—never even got off the ground.

For understandable reasons, none of them would go on the record.

The question remains: Can offshore racing survive another circuit?

Well, at least the SBI and RWO 2018 schedules haven’t ruled it out. Beyond that, I make no predictions.