You are at:Home»Racing»Breaking Bread: Inside The OPA Awards Banquet

Any way you look at it, 2018 was a great year—maybe even the best one yet—for the Offshore Powerboat Association. Not only did the New Jersey-headquartered outfit produce six successful races from Central Missouri to Southwest Florida, as well as events in Maryland, Michigan and New Jersey, it began collaborating with Powerboat P1 on a six-race American Power Boat Association Championship series for 2019. The series will kick off May 17-18 in Cocoa Beach, Fla., before moving to other venues in Florida, Indiana and Michigan—and finally back to Florida. 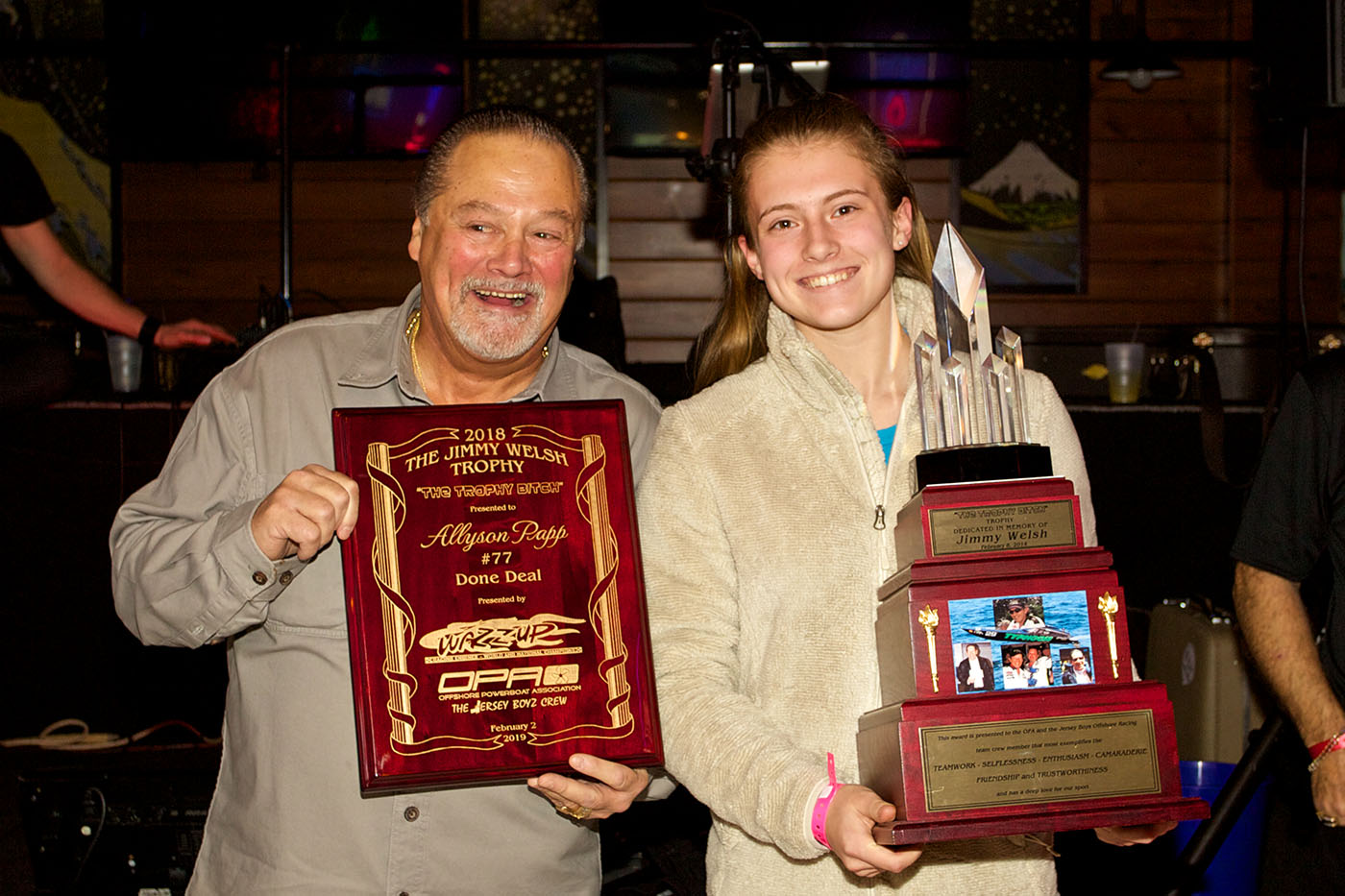 Allyson Papp was honored with the 2018 Jimmy Welsh Award and shared the stage with OPA stalwart Augie Pensa. Photo by Tim Sharkey/Sharkey Images.

Given all the Extreme, Super Cat, Stock and Super Vee Lite teams reportedly committed to the series, that’s a giant step for OPA—and one that is sure to bring significant changes to the organization. But one thing will never change: OPA is a family, some members associated by blood and others simply by extension—all bonded by their shared passion for offshore racing. 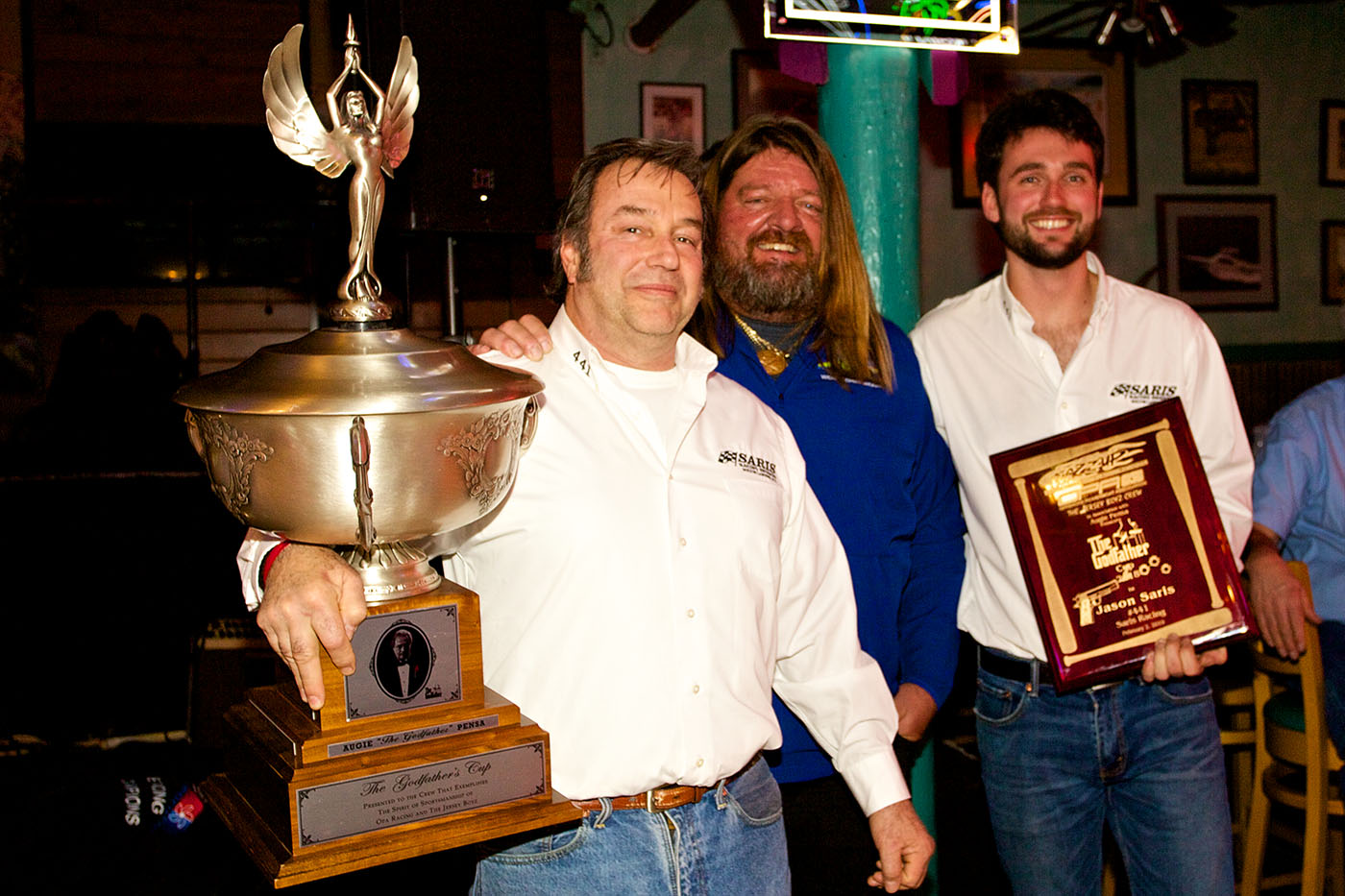 But of all the awards presented last Saturday night, the two that spoke best to the heart of OPA did not go to 2018 National Champions. Jason Saris, the throttleman of the Class 4 Saris Racing Engines team earned the Godfather Cup, which according to the OPA website “goes to an individual or team that demonstrates goodwill, camaraderie, professionalism and sportsmanship throughout the year.”

Celebrating the selfless qualities of the late Jimmy Welsh, a beloved non-racing member of the OPA community, the Jimmy Welsh Trophy went to 16-year-old Allyson Papp, one of the daughters of the Done Deal team’s Steven Papp. More than a cheerleader for the Done Deal outfit, Allyson Papp has become an ebullient representative for the entire SVL class.

But the high point of the celebration was delivered via video. John Haggin, the former owner of AMF Offshore Racing—the original backer of the Miss GEICO team who exited the sport in 2010—sent a video thank-you to OPA head Ed “Smitty” Smith for “uniting the sport” in light of the organization’s series partnership with Powerboat P1.

“He just spoke of how proud he is of Smitty for finally bringing unity to the sport,” said Johnny Saris, a veteran offshore racer who covers the OPA circuit for speedonthewater.com. “That’s all Haggin ever wanted. The ‘United We Race’ expression was his thing.”