You are at:Home»Racing»Key West Picture In Focus

Let’s get this out of the way up front: There is no love lost between the leaders of Race World Offshore and the Offshore Powerboat Association. From possible collaboration to complete alienation, the two race-producing outfits—both currently divisional clubs under the American Power Boat Association—have irked one another at every turn. Combining forces with Powerboat P1, OPA produced the most successful series in offshore since the early 2000s, while RWO struggled to attract boats to its first race yet had far more success in its second event.

But for RWO founder Larry Bleil, his organization always has been first and foremost about returning “first-class, professional racing” to Key West, Fla. And in the Request for Proposal process, which seemed to drag on endlessly to longtime observers of the sport, RWO beat out OPA/P1 and Super Boat International for the five-year contract to produce the early November races.

What will the racing in Key West look like next week? Expect outstanding turnouts in the Supercat and Super Stock classes. No less than seven Supercat teams have committed to competing there this year. As for the Super Stock fleet, it will—barring attrition—see no less than 10 teams racing on all three days. 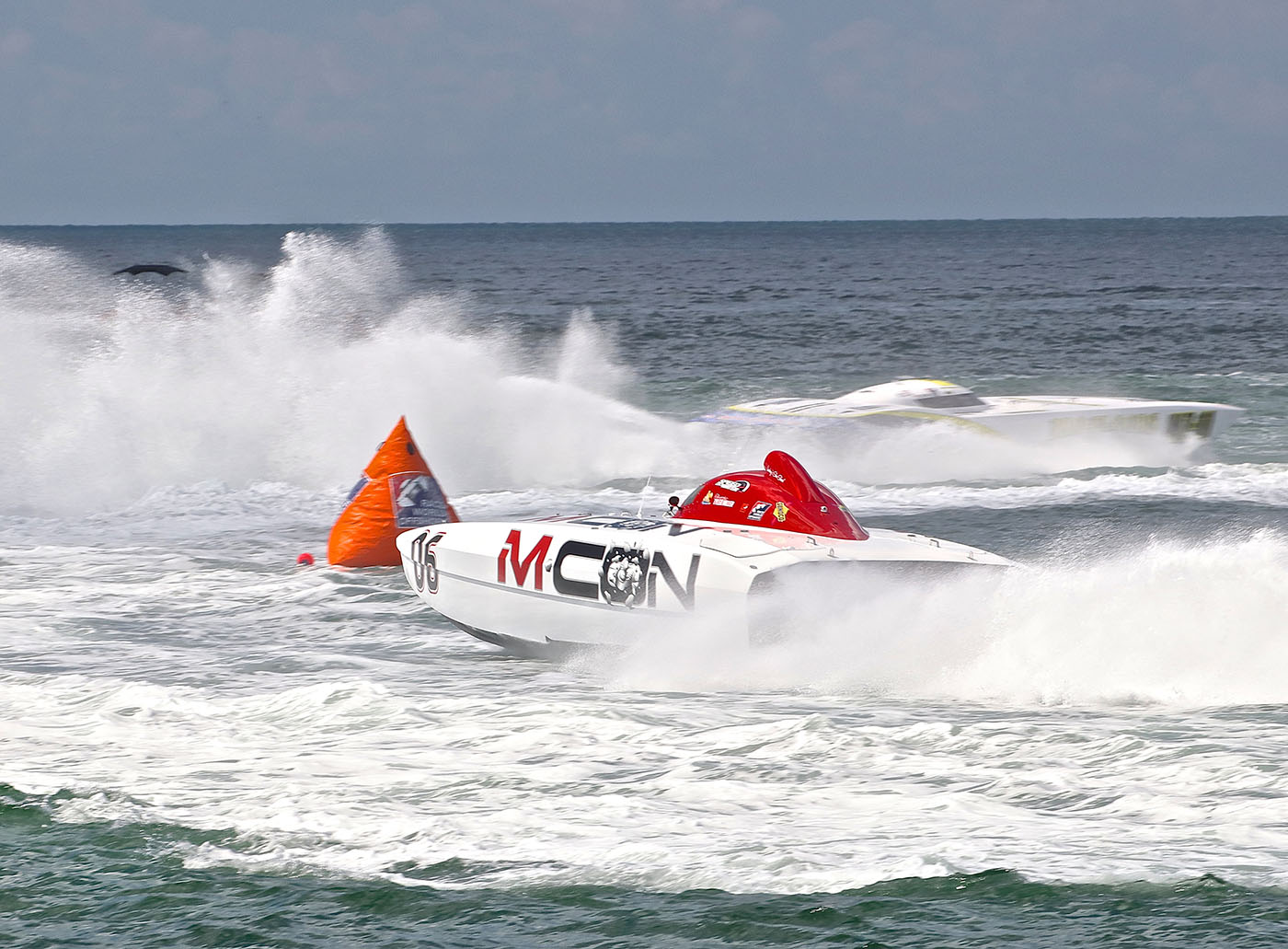 None of teams that ran consistently in the Class One ranks of the APBA series are coming to Key West, so the “big boats” will be the Supercats, which produced some of the best action this season. Of note, former Super Vee Extreme-class competitor Vinnie Diorio of Wisconsin will team up with Canadian Simon Prevost for their first Supercat race in a 39-foot Outerlimits powered by twin Factory Billet engines. Also worth noting, the Supercat-class Broadco team will be returning to Key West for the first time since 2015.

Several well-known teams in the single-engine canopied V-bottom ranks such as Boatfloater.com, Sun Print and LSB/Hurricane of Awesomeness/Rev-X Oil are opting out of Key West this year and heading to the Offshore Powerboat Association World Championships in Englewood Beach, Fla., later in the month. But there will be Super Vee Extreme teams including Sheriff Lobo in Key West. The only question is how many—and at this writing that’s as clear as mud.

Same goes for the Production class. But worth noting, a new Southern California-based Class 4 outfit called Team Speedster will hit the racecourse for the first time in Key West.

Throw the odd surprise or currently unannounced team into the mix and you’re looking at a fleet likely to end up in the 20-plus boat range. Fans who put a lot of store in quantity will go home disappointed. Fans who dig the kind of high–quality action the Supercat and Super Stock classes produced all season long will not.

For those who crave quantity and quality, the Florida Powerboat Club has some 260 boats registered for its annual Key West Poker Run, which runs the same week as the races. It may end being the most successful event in the club’s 26-year history. 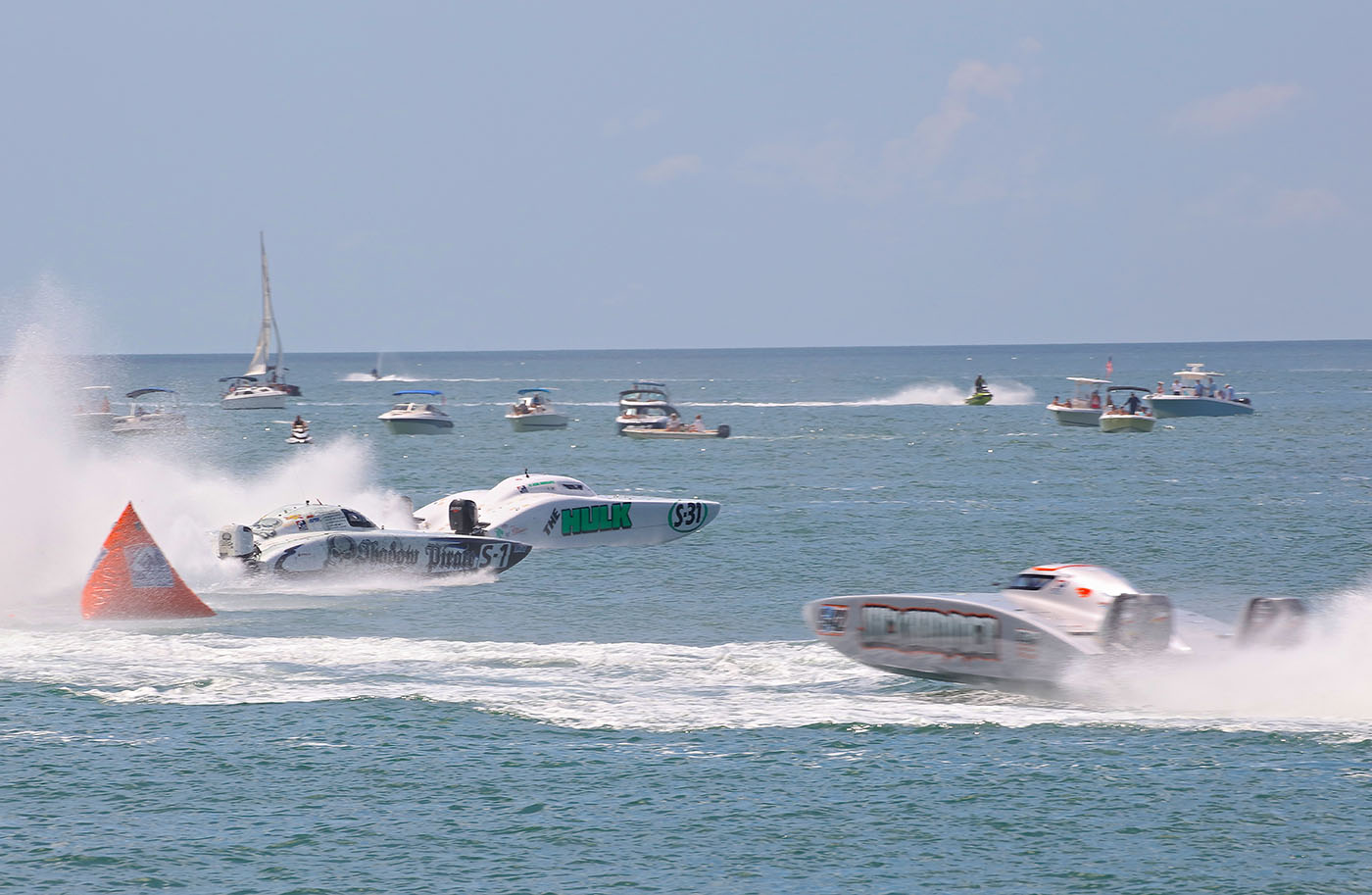 As many as 13 Super Stock-class teams could be vying for top honors in Key West.

To its credit, Race World Offshore has created a few value-adds to its Key West production. On Thursday night, country music star Lee Bryce will perform at the new amphitheater in lovely Truman Waterfront Park. Also that night, the annual Speedonthewater.com/Offshore Key West Bash to benefit Samuel’s House will happen at the Sandbar Sports Grill on Greene Street. Bleil was instrumental in getting Greene Street closed for the duration of the party from 7 p.m. to 10 p.m., and that will give the hundreds of performance-boat enthusiasts who attend a lot more breathing room. (There will even be enough space to display a surprise new go-fast powerboat model in front of the venue.)

Race World Offshore also is offering a true—at least from my perspective—V.I.P. experience for fans willing to spend a few dollars. Offered in two- and three-day packages, the Harbor Pavilion includes access to the Lee Bryce concert and a private hospitality-viewing area with catered food and an open bar throughout the races each day.

But the best part of that package? Folks who opt in won’t have to drive to Truman Annex, park and hike the Outer Mole to access the VIP area. Instead, they’ll be ferried by Fury Watersports vessel from the Margaritaville Hotel (formerly the Westin) to the Harbor Pavilion area.

“We’re selling about 30 of our VIP packages a day,” said Bleil.

Of course, for offshore racing fans who find that VIP experience too spendy, there are countless low- and no-cost viewing options in Key West.

Just as there always are, there will be pleasant and unpleasant surprises in Key West this year. But don’t be surprised if you see some excellent racing—and have a great time in the process.