You are at:Home»Racing»Team Nordic Racing Does It Again

It’s been three years since the Team Nordic Racing crew took home the overall victory at the legendary Parker Enduro in Parker, Ariz. That same year, the Nordic team also won all three National Water Ski Racing Association events that took place the same weekend on the Colorado River. In fact, it was the topic of my OffshoreOnly.com, which you can read here. 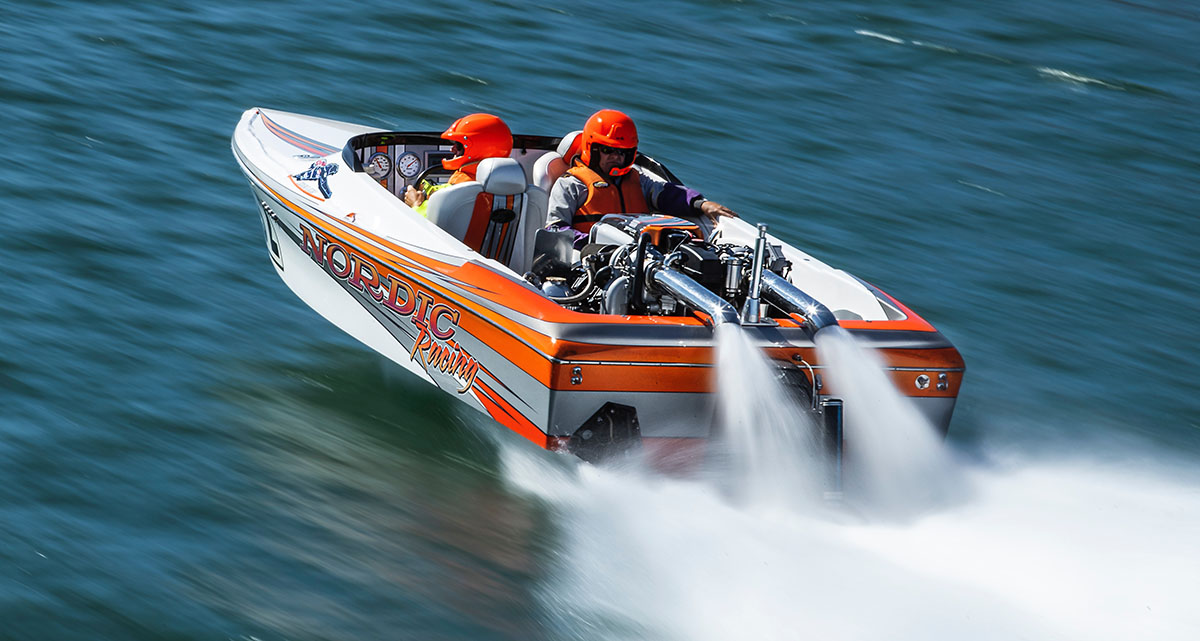 Now, with Nordic taking home its third all-time overall victory in last weekend’s BlueWater Resort & Casino ‘300’ Parker Enduro presented by Nick Rose Insurance and many other sponsors, including Nordic Boats and its sister company, Hallett Boats, the team is flying high after adding the victory on top of its Catalina Ski Race overall win back in July (read the story).

Crowned the “Kings of the River” with an impressive 58-lap, 4-hour-and-5-minute victory on the six-mile course, the four teammates who drove the Team Nordic Racing No. 192 boat in Division VII—Freddy Brennan, Todd Haig, Billy Dunsmore and Mick Jones—were excited to earn the overall checkered flag for themselves as well as team and company owner Randy Davis, who was unable to attend the race this year.

“I had a great time—the day went really well and I had a lot of fun with those guys,” said Haig, the world champion skier who won his 14th Catalina Ski Race this year behind Davis’ 43-foot Nordic V-bottom. “It was nice of Randy to let us run around in his boat all weekend. He sent us a few texts with advice and reminders to not wreck his boat. Seriously though, I think he was pretty happy we ran such a good race. I know I was.

“I’ve done the race before but in one of the outboard-powered Nordics not the twin-turbo, No. 6-drive boat,” he continued. “That boat is so fun to drive—it’s amazing. It was only the second time I’d driven it. I was a little nervous at first, but the boat is so solid I got comfortable pretty quickly. Between the power and the way it feels cruising through the water, the boat instills confidence. 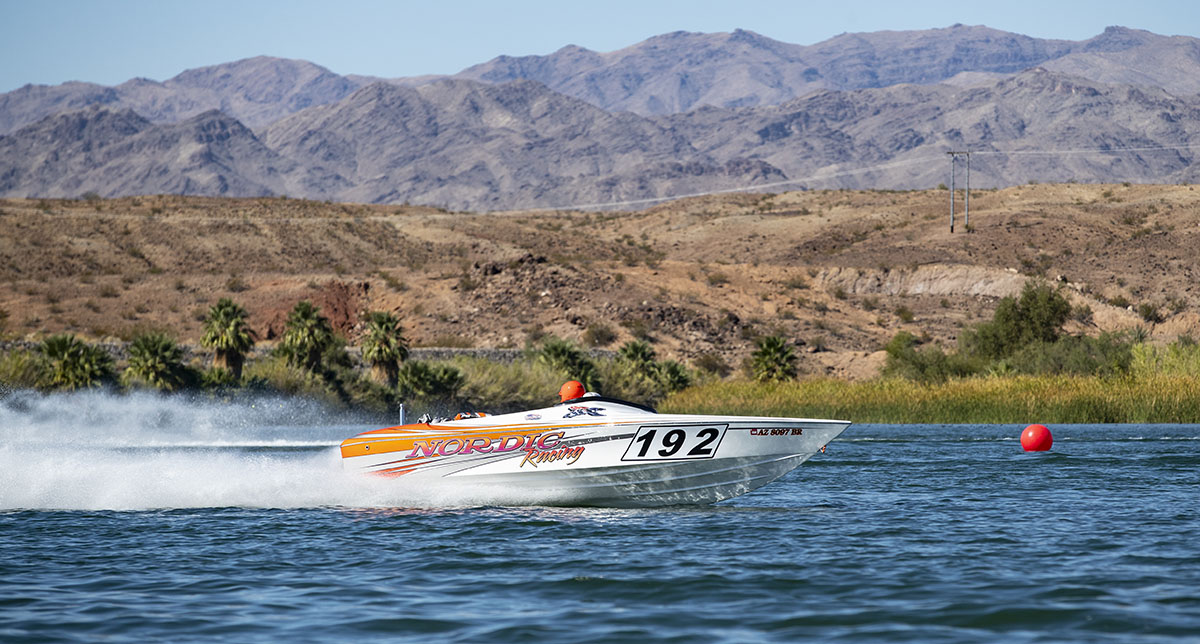 Haig, who finished second overall at the world ski racing championships in France in September, added that he enjoyed being part of such a well-oiled machine.

“Freddy got us off to a great start and we pretty much maintained it from there,” Haig said. “Those guys have a great system down for the fuel stops and calculating everything out. I just tried to lend a hand wherever necessary.”