In a history-making move, throttleman Nigel Hook reunited with his former driver Jay Johnson and set sights on a new world record with the Lucas Oil Ocean Cup – Key West to Cuba. A brilliant, summer Key West tourism-selected day paved the way for Hook and Johnson as they powered out Mallory Square and the official timer kicked in at 8:43:31 AM EST south of Sunset Key. 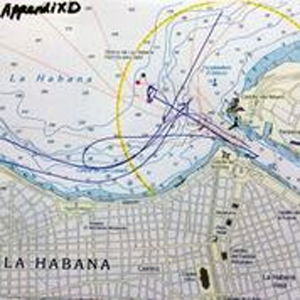 Along the 101 mile course, the team reported “very tricky water” during the ride through the Straits of Florida. “When we got to the halfway mark a little over 50 miles from Cuba, there were very unpredictable waves with the Gulfstream coming out of the west and waves out of the east,” Nigel told me. “It was a washing machine…it looked like we weren’t going to make it, our morale was low” as they ploughed through 5′ – 7′ seas averaging 65-70 mph.

Then everything changed on the approach to Havana. “As we saw the Havana skyline shimmering ahead, the seas calmed down to around 2 – 3 footers.” Their SilverHook 48 GP sporting twin turbo-charged V-8 engines with Evo-X Headers from CMI, accelerated to top speeds of 127 mph as smooth conditions welcomed the stellar-credentialed team to the finish line. The clock officially stopped when they reached the channel marker in front of El Morro Castle in Havana at 10:01:34 AM EST posting an average speed of 79.23 mph. 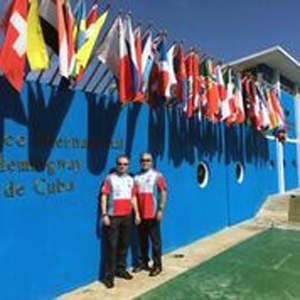 Following a parade run down Cuba’s famed Malecon Coast to the US Embassy, the team headed back to Havana Harbor for a brief ceremony, cleared customs and had their passports stamped, while the boat was readied for the second round attempt from Cuba to Key West. “The greeting from the people of Cuba was just electrifying.”

However, the return ride delivered much rougher conditions than previously encountered as Hook reported “seas have picked up quite a bit” then, some 70 miles out from Key West, mechanical issues struck: port engine drive shaft failure that forced their return on a single engine averaging 48.63 mph.

The internationally approved record sanctioned by the American Power Boat Association (APBA), which is governed by the Union Internationale Motonautique (UIM), was conducted by Powerboat P1. “We were honored to have Fred Hauenstein (UIM VP) in Cuba as the Official Observer. The times were verified and all documentation was submitted.”

Flipping the pages back, this ambitious undertaking was unveiled last Spring at the 2017 IBM Interconnect Conference in Las Vegas, when Nigel Hook made his big announcement during the “Driving Intelligence to Edge in Powerboat Racing with Watson IoT Edge Analytics” presented by IBM’s Tom Sarasin and Hook (CEO of DataSkill). “We are merging artificial intelligence and augmented reality into ocean racing because with this technology, we will transform our sport,” Hook said of the innovative technology on board the SilverHook and his plans to set this endurance record.

As is the case with all ventures, glitches surfaced and resulted in a time-table shift from June 19 to August 17. Yet, the push back afforded APBA Hall of Champion members Hook and Johnson an opportunity to get valuable test time on Saturday during the July Sarasota offshore race weekend. The boat was set up for the Cuba run, allowing the team to feel how the boat would handle at high speeds with the extra weight on board i.e., fully loaded with 370 gallons of fuel; all the hi-tech bells and whistles including a satellite system provided by Globecomm, Inmarsat and Statcom Direct; near gear ratios in the Weismann gear box, along with life rafts, spare parts and tools.

While it was countless hours in the making, all it took was 5 hours, 41 minutes and 59 seconds to turn this epic project into an amazing record-setting ride. “This was done with a lot of planning and preparation…we followed all the rules and it all worked out.”